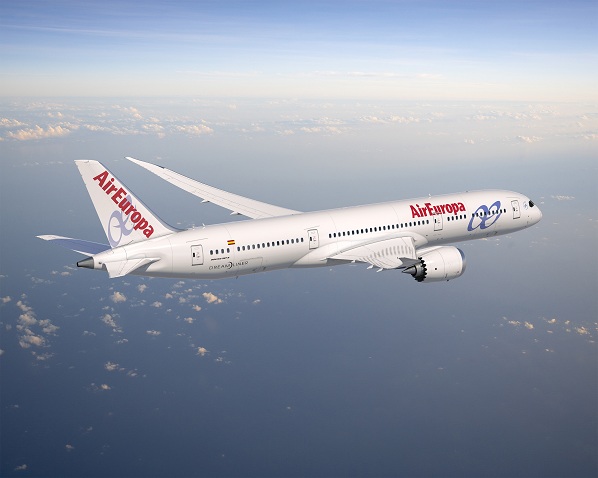 This route is currently operating five times a week, although it will become a daily flight as of this July.

The Dreamliner is Boeing’s latest model, and shortens the travelling time on this route by 40 minutes, as well as offering a new option for passengers between the business and tourist classes: Premium Economy.

The new Air Europa plane flying to Miami has 252 seats, 18 of which are business class - fully convertible into beds- and 21 are the new Premium Economy class.

Air Europa will integrate eight new Dreamliners into its fleet over the next two years with the first four by the end of 2016.

With the announcement that it has placed an order for an additional 14 Dreamliners, the airline will have a total of 22 Dreamliners all operational by 2022 completely replacing its long haul fleet of A330’s with the state of the art aircraft.

Colin Stewart, UK general manager, Air Europa, said: “The introduction of the Dreamliner on our Miami route is just the start for us, our investment of over $3.5billion is a real game changer allowing us to deliver the very best product in the sky while continuing to offer exceptional customer service and support to our passengers.”