Poised to become the ultimate trendsetting hotspot, the hotel overlooks Doctor’s Cave Beach and will put the location on the map for seasoned international travellers.

The inspiration for the contemporary 120-room S Hotel is as cosmopolitan as it comes, but the feeling is notably Jamaican as the country’s soul and culture swirl together to create this new multi-experiential hotel.

Buzzing bars, a high-spirited pool scene, the Sky Deck (for the exclusive use of those booked on concierge floors), an international restaurant, a café, spa, gym and guestrooms with an elevated design aesthetic all thoughtfully combine to create a modern and effervescent sense of place.

Chris Issa, Jamaican entrepreneur and owner of the recently formed Crissa Hotels, commented: “We’re creating a new kind of hotel in Montego Bay, one that infuses modern Jamaican culture balanced with the sophistication of an urban hotel and the laid-back style of a beach resort, appealing to international travellers and locals alike.”

A towering 25-foot interior lobby walled with coral stone greets guests with a central boardwalk made from local Jatoba hardwood physically and visually connecting the hotel’s many water elements. 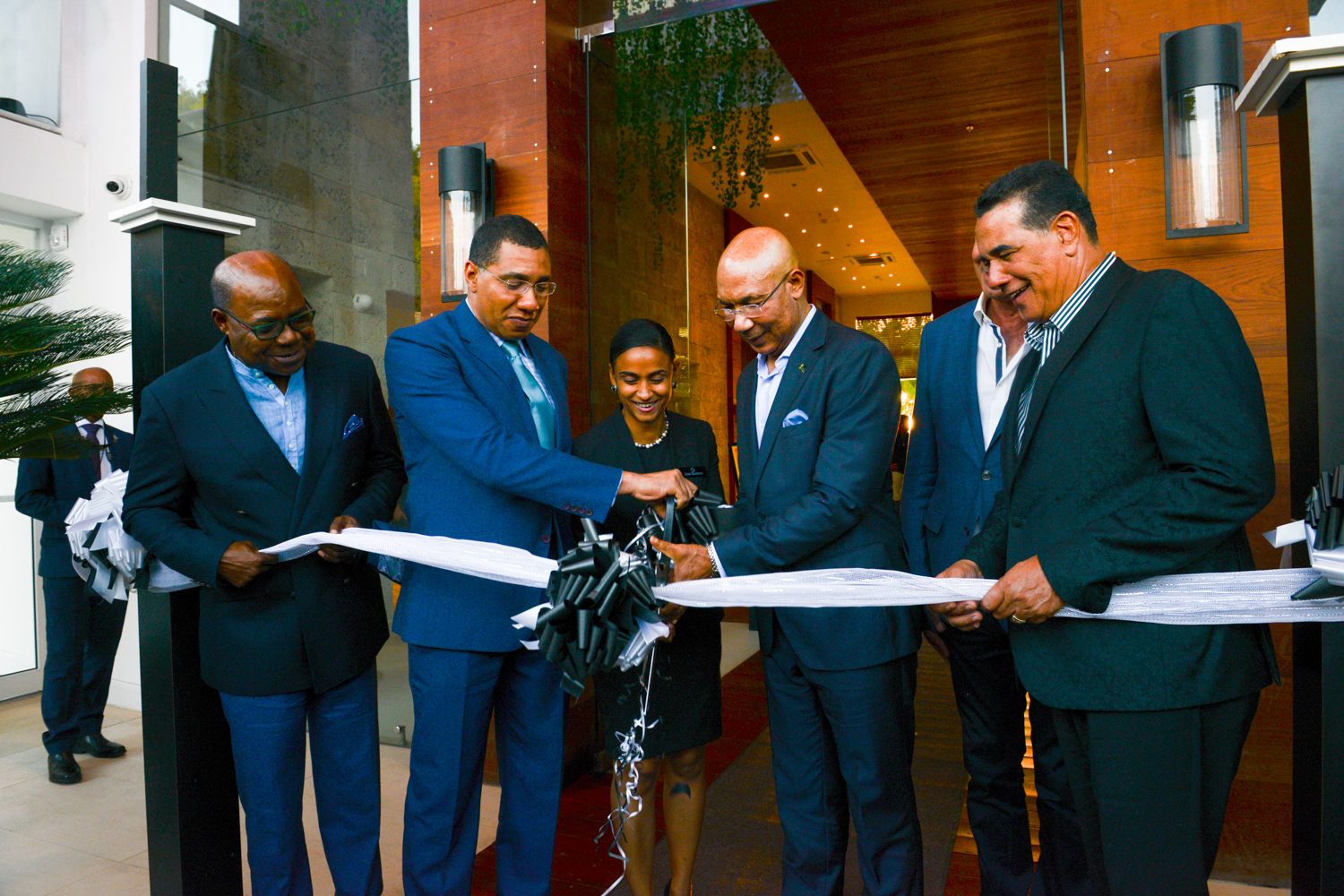 Speaking at the launch of the event, Jamaican prime minister Andrew Holness said: “This property is an illustration of confidence, of buoyancy – many investors are taking the decision to put money into Jamaica.

“There has been a surge in business confidence in the country – 70 per cent of firms now say that the time is right for expansion.”

Referring to the conversion of the former SuperClubs Breezes Montego Bay into the new S Hotel, he added: “Jamaica has incredible assets, but we are not using them, and those that we are using, we are under using.

“This asset, an incredible piece of our tourism history, has been unemployed for more than a decade.

“It took an entrepreneur, a businessman, who was willing take risk, and this will now be a vital part of the regeneration of St. James.”

S Hotel won’t just be a place to be seen, it is a chance to enter the constellation and shine with an international ambience reminiscent of South Beach accented with an irie vibe.

The main swimming pool is framed by lounge-worthy swim-out cabanas, while white sand lines the area around a pool dotted with beach chairs and a sleek wood deck -completing the resort-style atmosphere. 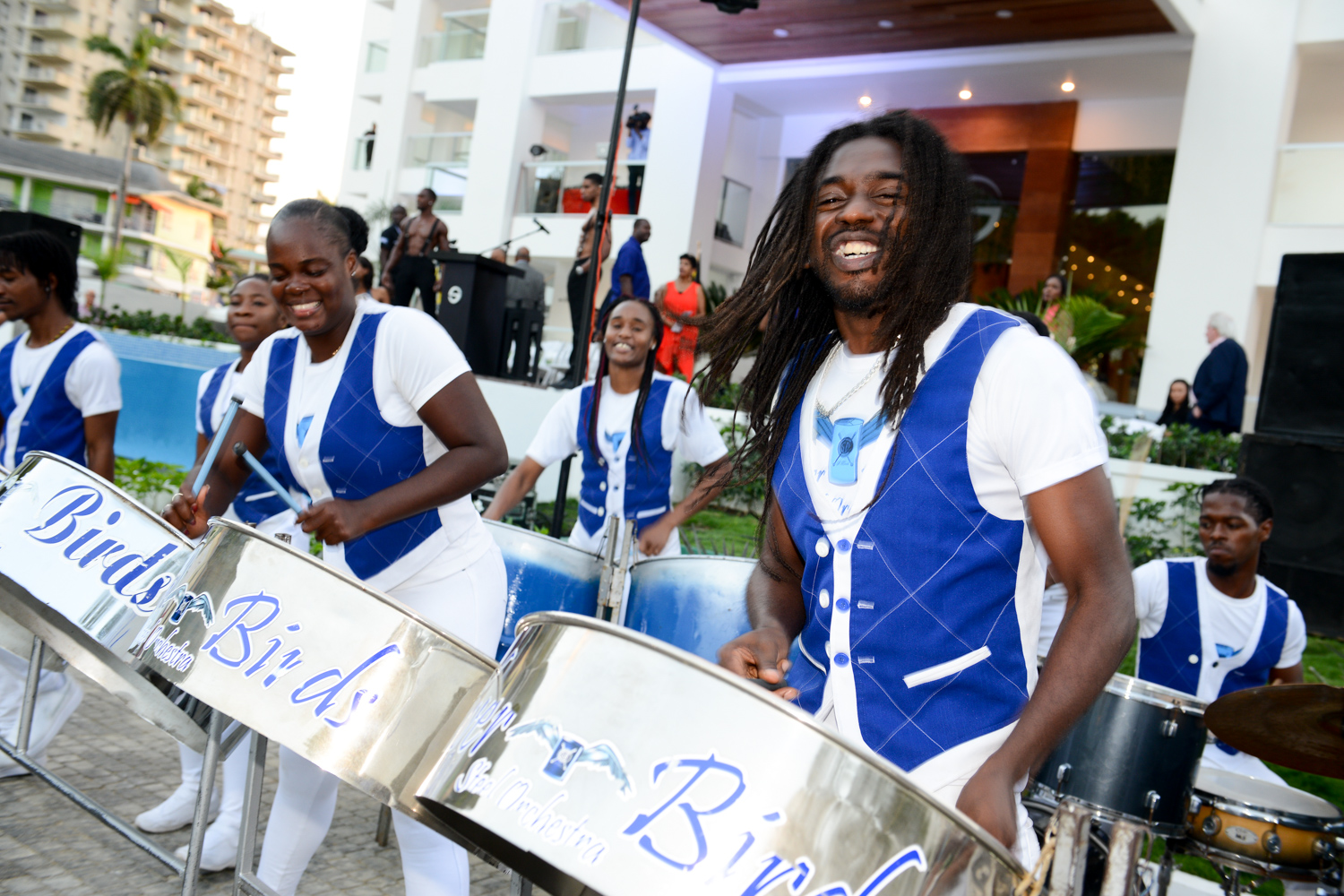 Jamaican historical and cultural design elements are at the forefront woven in with modern interpretations.

Dotted throughout the property, guests find the works of local Lumber Artist, Tamara Harding, whose pieces feature wood recycled from the trees removed from the property during construction.

In the guestrooms, sleek interiors with an overarching monochromatic theme give way to gorgeous blue Caribbean Sea or lively city views, while oversized wicker-wrapped soaking tubs stand out in the Spa Suites.

The hotel’s signature Sky Suite soars above the property with 20-foot ceilings while the Presidential Suite features three bedrooms and a living/dining room.

The term Crissa is derived from the Jamaican Patois word, “kriss” meaning “excellent.”

Find out more on the official website or take a look at a series of shots from the opening here.