With preparations for the 2014 FIFA World Cup and 2016 Olympics progressing to plan, Rio de Janeiro is a city riding the crest of a Sport Tourism wave. BTN looks at why the“Cidade Maravilhosa” has become the most popular tourist attraction in the southern hemisphere.

Brazil, and Rio de Janeiro in particular, have never known it so good.

With the “Cidade Maravilhosa” (marvellous city) set to host the 2014 FIFA World Cup and 2016 Olympic Games back-to-back, the investment is being made to modernise and improve much of the its infrastructure.

Everything from the transportation and the airport to the hotels and other elements that will benefit visitors and citizens alike are being upgraded in time for the world’s two greatest mega sporting events.

The city has already accumulated a wealth of experience in organising mega events under its belt, including the successful 2007 Pan-American Games (considered the best ever) and Rio-92. All this as well as famous Rio Carnival, and the New Year festivities, organized annually for up to two million people on Copacabana beach.

The new state public safety policies, including the creation of the Police Pacifying Units (UPPs), in the city’s favelas, aim to strengthen the fight against drug trafficking, are reaping very positive results, both in the freedom citizens now have to live a normal life in areas previously dominated by social problems, but also in the reduction of violence, proven already by the lower statistics for certain types of criminal activities. For example, in November 2010, there was a fall of 16.66 percent in the figures for homicides and 16.29 percent in vehicle robberies compared to 2009. 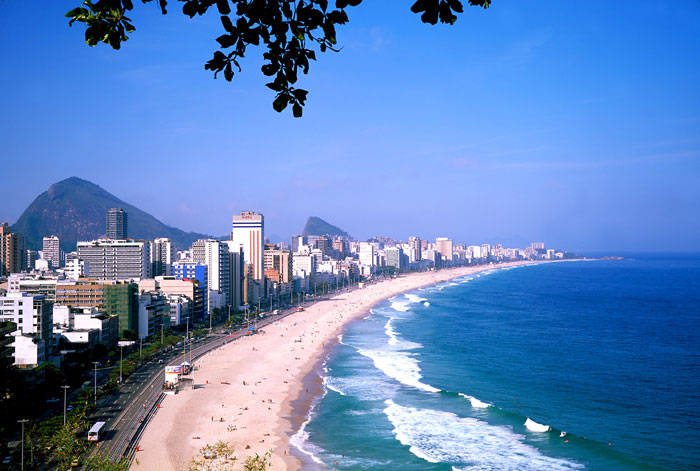 The “Marvelous City” already boasts an established hospitality and hotel infrastructure prepared to receive large numbers of domestic and foreign tourists. The city is also home to such iconic hotels as the Copacabana Palace, voted “South America’s Leading Hotel” at the 2010 World Travel Awards.

Along with the more than 20,000 hotel rooms already on offer in Rio, more than two thousand rooms will be added this year, and by 2016 the total increase will be 8,000 rooms, representing R$ 1billion in investment. New hotels to be opened in the city include two for the Windsor chain, three Hyatt hotels and one more in the Accor chain.

As a tropical resort, the world’s biggest, Rio offers the visitor mile after mile of golden beaches, near perfect weather throughout the year, hotels to appeal to just about every taste and budget, folklore, typical foods, and sightseeing. 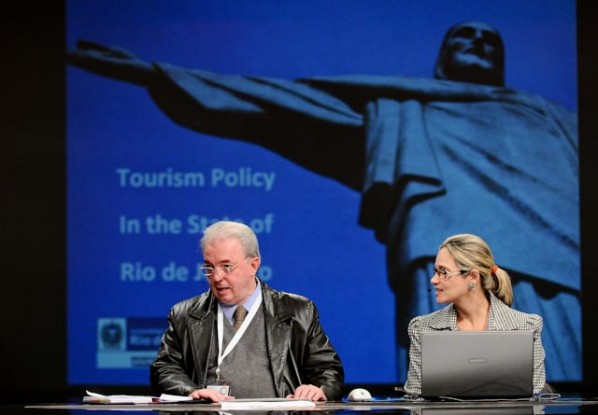 Many of the city’s main attractions are global household names. Starting with Corcovado and the Statue of Christ the Redeemer, from where visitors look down on Sugar Loaf, another global landmark, and the bay of Rio, an area of water so large that the first explorers assumed it had to be the mouth of a great river and called the area River of January, or Rio de Janeiro.

The city’s beaches are equally well known, from Copacabana to Ipanema, while in between are areas whose names are synonymous with the city’s major football teams, including Flamengo and Botafogo. The big soccer games are still played at the Maracanã Stadium which could handle crowds in excess of 200,000 when it opened for the 1950 World Cup.

Sixty years on and the stadium remains one of the largest in the world and is scheduled to host the final of the 2014 World Cup, as well as the opening and closing ceremonies of the 2016 Olympics. Prior to that, Soccerex will be hosting its global convention in Rio until 2013.

The city’s reputation as the biggest tourist attraction in the southern hemisphere is also being acknowledged this October when the World Travel Awards, dubbed “the Oscars of the travel industry” by the Wall Street Journal, hosts its South America ceremony. The cream of the continent’s travel industry will meet in Rio and battle it out for the coveted awards.

A strong economy
Economically, the feelgood factor is propelling Rio to new heights.

Brazil has one of the world’s largest economies and internal markets, both of which are only likely to grow, with Rio playing an integral part of the success story.

Yet another economic fact that shows the growth in Rio after having been chosen as host for these important sporting events can be found in a recent survey by Global Metro Monitor (a publication by the London School of Economics and the Brookings Institution). According to the president of the Institute of Studies of Work and Society, economist André Urani, comparing the economic dynamism of the 150 largest cities in the world in the period preceding the global crisis (1993-2007) with that afterward (2008-2010), Rio was the city that advanced most: moving from the hundredth position to tenth. 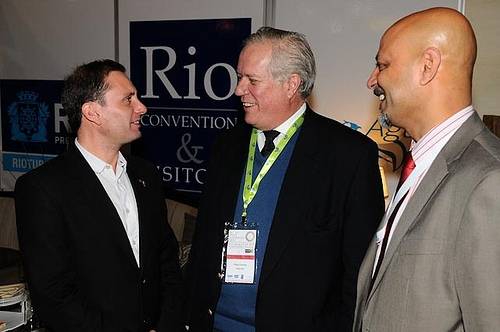 In transport, there are projects already in progress to facilitate access from airports and hotels to the sports arenas, such as expansion of the Metro system, with a new line linking the main boroughs of the city to the borough of Barra da Tijuca, where most of the Olympic competitions will be held. Expressways will also be built, to improve traffic flow, especially affecting access to the city’s international airport. Rio’s Port facilities will be upgraded to enable docking of the largest and most luxurious transatlantic cruise ships in the world.

The federal government, through the Programme for Accelerating Growth (PAC), is investing in the urbanization of the favela communities and implementing environmental projects, such as the protection of lakes, recovery and improvements to parks and gardens, bathing conditions on the beaches, and 100 percent treatment of solid waste, completely eliminating sanitary landfills.

In relation to sports venues, culture and entertainment, Maracanã, one of the largest soccer stadiums in the world, built for the 1950 World Cup, is undergoing restoration. Rock City Olympic Park is being built, in which Rio will return to being the main stage for the ‘Rock in Rio’ concerts. Work has started on the “Marvelous Port”, a project that will completely change the appearance of the city’s port area, modernizing it and including new cultural and gastronomic ventures. The Museum of Tomorrow will open its doors before 2012, with the main objective of discussing questions of the sustainability of civilization, and new museums include the Rio Art Museum, the Brazilian Olympic Museum and a renewed Museum of Image and Sound.

Sport tourism
Rio de Janeiro was one of the main exhibitors at the annual WSDE Sport Tourism Expo, the only global exhibition and business forum dedicated to showcasing the full spectrum of Sport Tourism related products and services.

SMS marketing at football events around South Africa also proved a highly-effective strategy for mobile marketers during the World Cup. SMS marketing enjoys one of the highest response rates in digital marketing business due to its high relevancy and OPT-IN procedures.