As the highest honour that an individual can receive at the World Travel Awards, HRH Prince Al Waleed Bin Tala was honoured with this accolade due to his exceptional contribution to the travel and tourism industry. 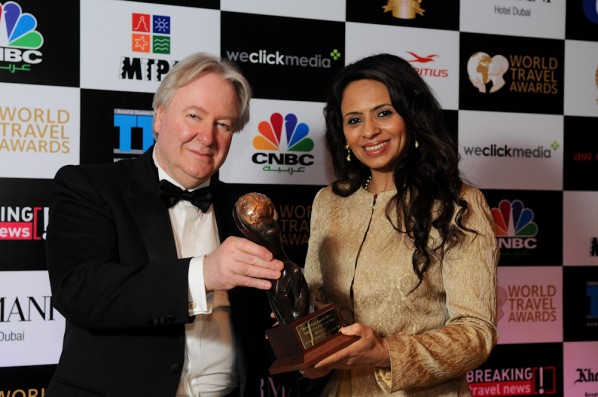 HRH Prince Al Waleed Bin Tala stands out as one of the world’s most generous philanthropists, particularly in his funding of educational initiatives to build ties between Western and Islamic communities.

Other winners on the night included world class companies such as Etihad Airways, Rotana, Hotels Suites and Resorts, Emaar Hotels & Resorts and Jumeirah Hotels Resorts and Residencies, amongst others.

Winners from this event will now go on to World Travel Awards Grand Final at the end of the year.