With the tournament now underway, tourism officials in both Poland and the Ukraine a reporting a surge in interest among international visitors.

Poland opened the event with a 1-1 draw with former winners Greece at the National Stadium, Warsaw, on Friday evening in front of over 56,000 supports from across Europe.

The Ukraine will open their campaign against France at the Donbass Arena, Donetsk, this evening.

Whatever the result of that match, both host destinations are already winners, reporting a flood of visitors in the opening days of the competition. Hundreds of thousands more are also expected before the final, on July 1st in Kiev.

Alongside the capital, three Ukrainian cities – Lviv, Donetsk, and Kharkiv – are looking forward to welcoming large numbers of football fans from all over Europe over the coming weeks.

Supporters from as far afield as Sweden, France, Portugal, Germany, Denmark, and the Netherlands are expected in Ukraine for the group matches, joining thousands of sports fans from the host nation.

Boryspil International Airport received some 87,220 passengers during the first three days of the event, 18 per cent more than the same period last year.

The tournament is a major opportunity to present the country’s tourism offering to the world, officials have said.

“Ukraine is expected to see growth of between 30 per cent and 40 per cent in its international visitor arrivals this year,” Ukrainian tourism chief Alona Shapovalova told reporters in the build up to the event.

Even when the tournament is finished, Ukraine will continue to be the winner, vice prime minister Borys Kolesnikov has argued.

Preparations for the event have enabled the country to make the largest breakthrough in the development of infrastructure for a quarter century he told Breaking Travel News.

“The era of stagnation has been overcome,” he explained.

“We cannot say that we have overtaken someone, because it would be presumptuous and sound silly. We caught up.

“We have completed the construction of international airports and businesses have built great hotels.

“Now the task of business and government is to fill these hotels continually. 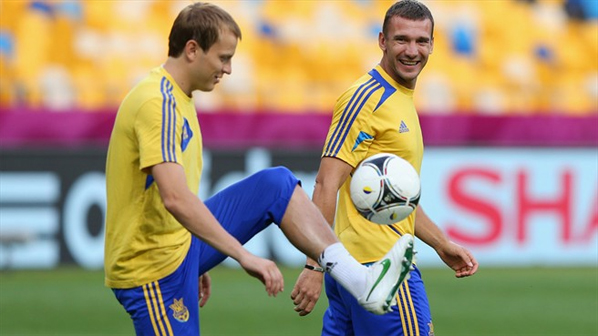 Fears over safety in the Ukraine also appear to have been largely unfounded in the opening days of the event.

Staff responsible for security in the Kiev Fan Zone argue they have taken effective safety measures to protect supports, as well as having implemented an operational security system, complete with video surveillance in all areas.

There are five different security groups working together and are constantly on watch both inside and outside the perimeters of the Fan Zone.

Thus far, there have been no security issues. 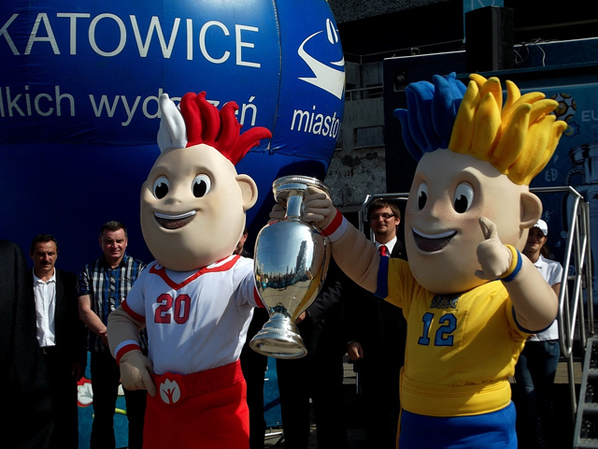 Fans are expected from across Europe

Poland, too, has been preparing to greet as many as one million fans during the three week tournament.

New stadiums sit alongside huge Fan Zones across the country, including the area around the Place of Culture in Warsaw. Here six giant screens and two temporary stands have been erected to welcome 100,000 football fans to the largest in Fan Zone in Poland or Ukraine.

Other host cities in Poland - the Baltic port of Gdansk, south-western Wroclaw and western Poznan – are also putting the final lick of paint to preparations.

Hotels are booked up across the board, with many fans resorting to camping in tent cities close to stadiums – such is the demand.

In Gdansk a 1,800-capacity passenger ferry, which usually travels each day between the Baltic Sea port and Swedish capital Stockholm, will stay docked on match days to serve as a floating hotel.

“The number of tourists coming to Poland from abroad increases every year,” said Polish ministry of interior spokesperson Małgorzata Woźniak.

“It is more and more common to hear English, German or French in the streets of Warsaw, Gdańsk, or Wrocław.

“Kraków is a fine example of a Polish destination frequently visited by young British tourists.

“Thousands of football fans are coming to the EURO 2012 matches in Poland to support their national teams in Warsaw, Gdańsk, Wrocław, or Poznań, and at official training sessions open to the public in cities hosting the teams throughout the tournament.”

She added: “We would also like to point out that the services under the ministry of interior will spare no effort in preventing anything from spoiling the atmosphere of a great sporting event such as EURO 2012.

“A few hundreds of thousands of police officers will be involved in the security of EURO 2012.”