In recent years, Thailand has emerged as one of Asia’s most popular spa destinations, with its traditional ancient healing techniques that draw visitors from all over the world.

At the World Travel Awards Asia and Australasia gala ceremony set to place in Bangkok on Wednesday, Thailand’s leading spa operators will be amongst leading travel organisations who are recognised for their achievements.

With such a great diversity in spa services – which range from destination, hotel and resort spas to medical and day spas, Thailand is now firmly established as the spa capital of Asia.

In recent years, the spas services available have developed significantly, as evidenced by the number of spa resorts that have been nominated by the World Travel Awards. Thailand has set itself out as a one-stop spa destination where visitors can select treatments ranging from traditional techniques, to more cutting-edge technology as well as the old fashioned, indigenous Thai spa treatments that are so unique to Thailand. Guests enjoying a spa foot massage at the Evason Phuket

Thai-style spa treatments find their origins as ancient Siamese health and beauty therapies in healing traditions that have been practised by local people for centuries.
But in recent months, there has been more emphasis on evidence-based treatments. According to the Thai Spa Association, ‘Thailand’s spa operators are looking to prove the scientific merits of their folk wisdom’.

According to reports, traditional Thai doctors, are being consulted for some of the treatments as spas look to integrate into the health care industry.

In a bid to further raise its profile, the Thai Spa industry has rolled out a number of spa-related Thai products, such as oils, scrubs, body lotions and shower gels. The ASEAN countries, China, India, Russia and Europe are being targeted for these. 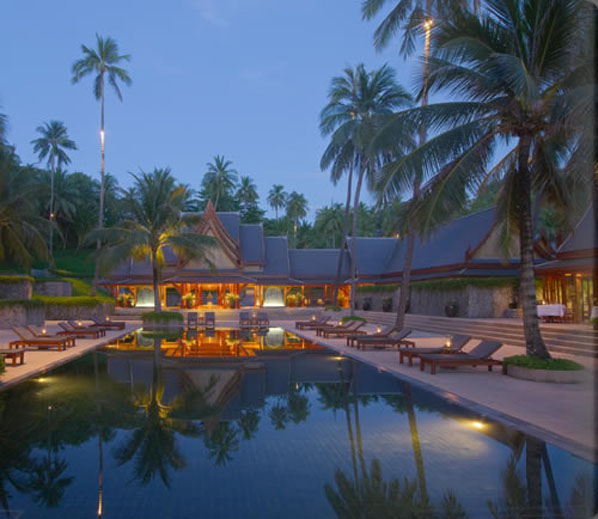 On September 28, a distinguished line-up of travel industry professionals, senior executives from renowned travel companies representing Asia & Australasia’s leading hotels, as well as media from 60 countries will gather at the luxurious Dusit Thani Bangkok in Thailand to find out who will take home the coveted awards.

The event will be co-hosted by the Tourism Authority of Thailand and Thailand Convention & Exhibition Bureau, with more information on the official World Travel Awards website.