After stops in Bangkok and Chiang Mai, Breaking Travel News reporter Josephine Perez arrives in the beach destination of Phuket to discover more about The Nai Harn

A beach in Phuket in the south of Thailand on a sunny day. Shallow turquoise waters lap at soft white sands - and in the distance, all you can hear is the gentle sound of the surf. Tropical hillside rainforests surround the cove and the local Chalong Bay rum runs hotly down your throat like sugar cane and vanilla. Heaven.

It does not surprise me that the best beaches in the world are to be found in Thailand, with its classic reputation for tropical splendour. There is, therefore, fierce competition as to what is the best beach in Thailand itself, with each stretch of coast in this natural beauty pageant vying for the crown. 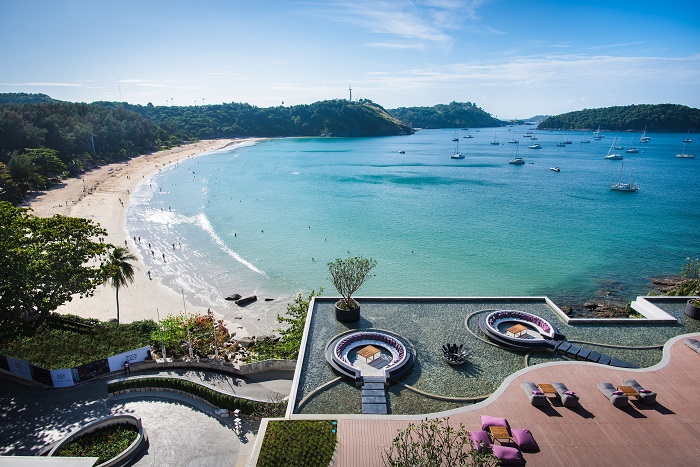 The Nai Harn beach is rated as one of the best in Thailand - and the world. Within this coveted location, the eponymous Nai Harn hotel cascades inconspicuously down one of the forested hillsides, as white froth on the crest of a wave. Where better than to take in this dreamy postcard of a coastline than from a vantage point high in the hills? 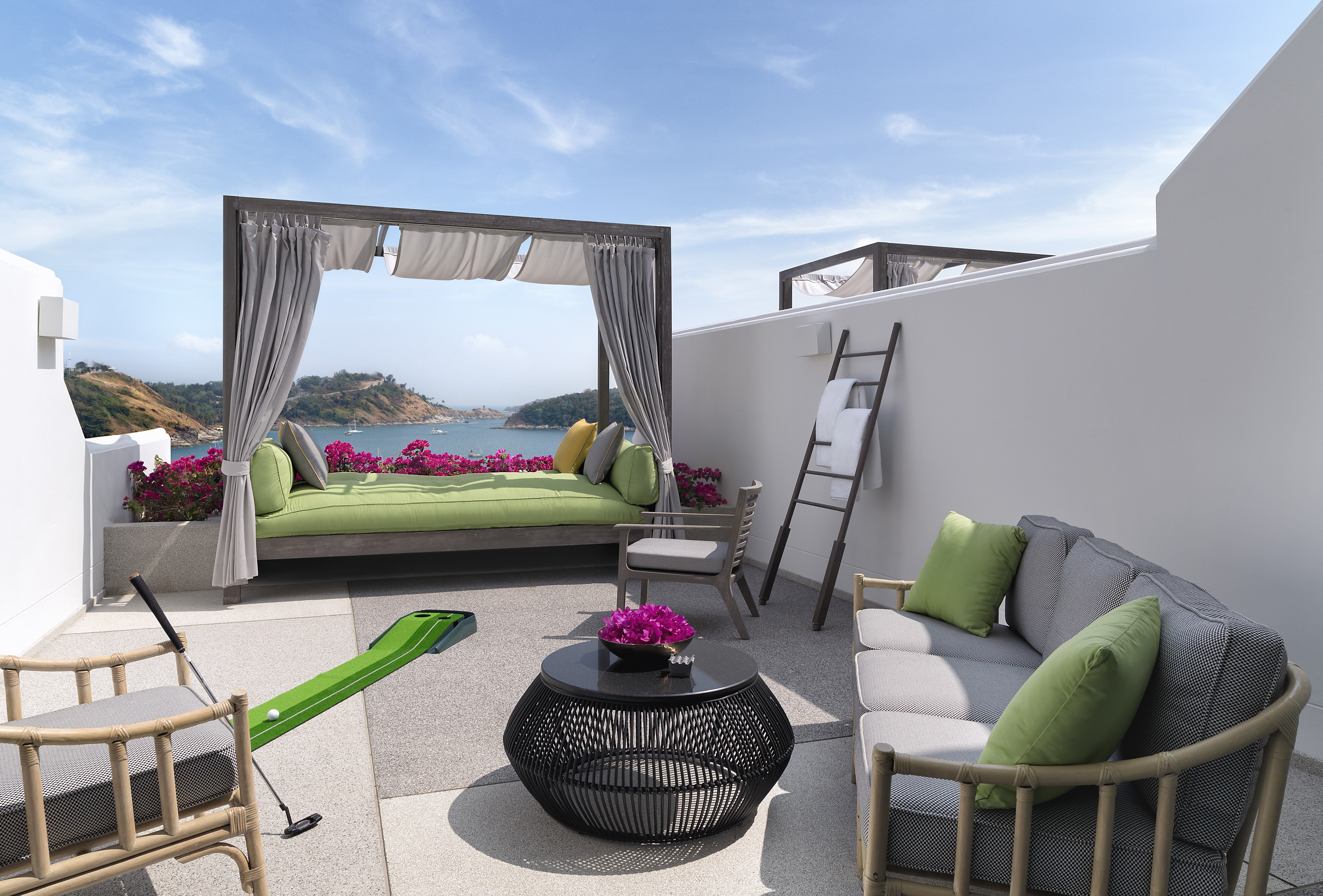 Each of the Grand Ocean View rooms have large private terraces overlooking the sea, complete with a day bed to while away the hours reading, writing, or just plain chilling, listening to the distant breakers. With in-room dining on the menu, the terrace is a romantic option for dinner, if you prefer the privacy of your own room and front row seats for an incredible sunset over the Andeman sea.

The rooms are fabulous: cool, clean, spacious and beautifully decorated. Lots of crisp white with touches of blue, with a luxurious but relaxed beachside vibe: light wooden panels with ceramic ornaments; accents of clear green glass. A big bowl stands on the table filled with dragon fruits, lychees and papayas. It feels all at once friendly, generous, romantic and classy. 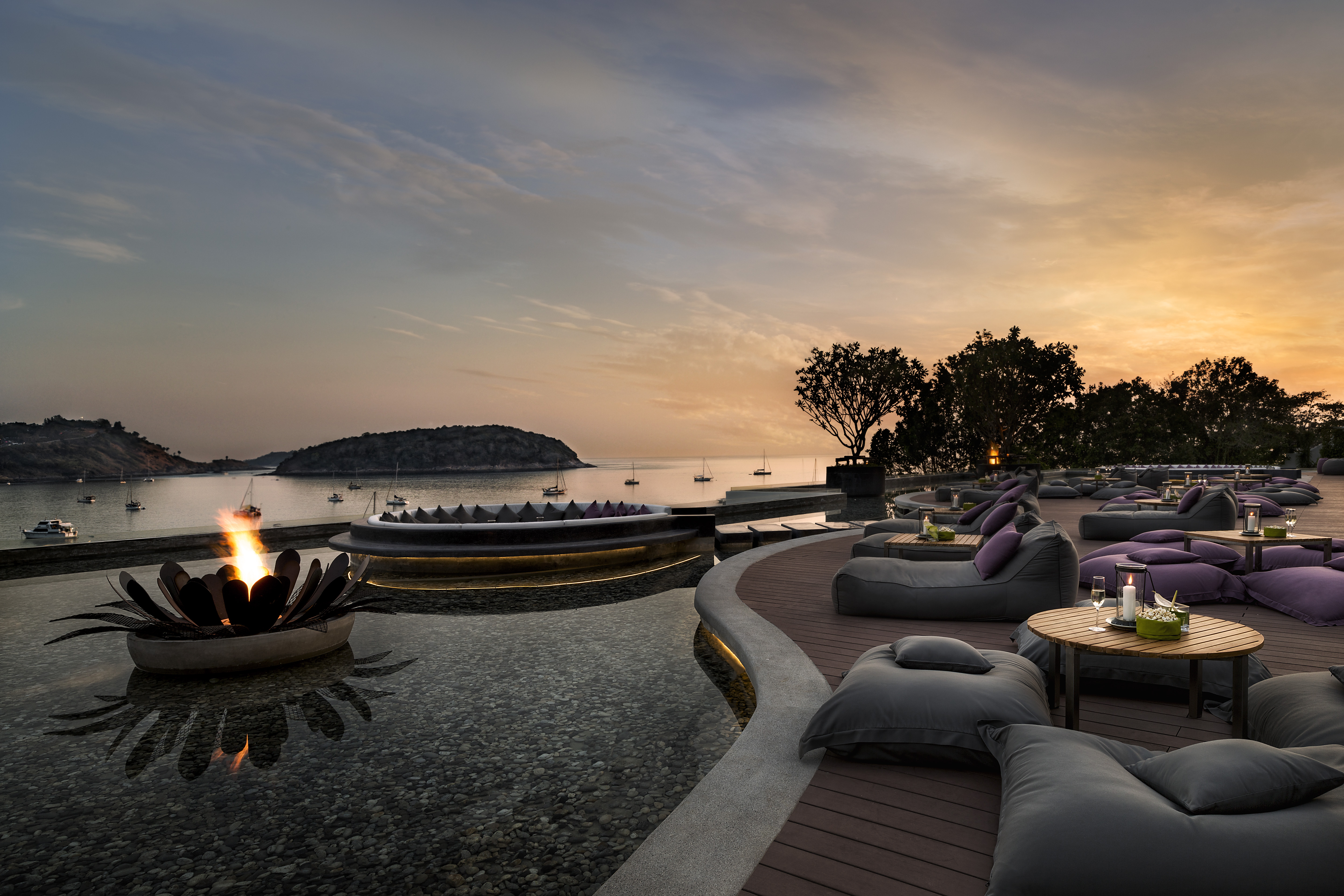 The sun is almost setting, and the hotel’s Reflections bar, a large outdoor space that spans the sea-facing perimeter of the hotel, is beckoning. The view is nothing short of magnificent as the light pink dusk starts to set in over the water.

With resort culture booming in Phuket, it seems that many hotels are looking for differentiation by virtue of unique drinking and dining options. The Nai Harn has had its share of people putting their stamp on the hotel in this regard, making the visitor experiences that extra bit special. Salim Khoury, famous for his stewardship at the American Bar at London’s Savoy Hotel for 34 years, has made his presence known, having created the hotel’s signature cocktail The Blushing Monarch, which is deep pink in hue and said to be named after the rosy cheeks of Princess Diana. Looking up at the softly emerging stars above I am enchanted by this very English touch down here in the south of Thailand. Later that evening, I learn there is yet another dash of high-end British influence making waves down here in the tropics. David Attwater, the new British chef de cuisine, has brought his Michelin-starred experience to the luxury resort in the manifestation of the Rock Salt, a restaurant at the foot of the hotel, with another trademark, glorious sea-facing aspect. With the focus on the winning combination of fresh produce and gourmet cuisine, this is a dining destination in itself. Effortlessly mixing the trendy with the breezy and casual, this food haunt is said to be as popular with locals and beachgoers as it is with the guests of the Nai Harn. 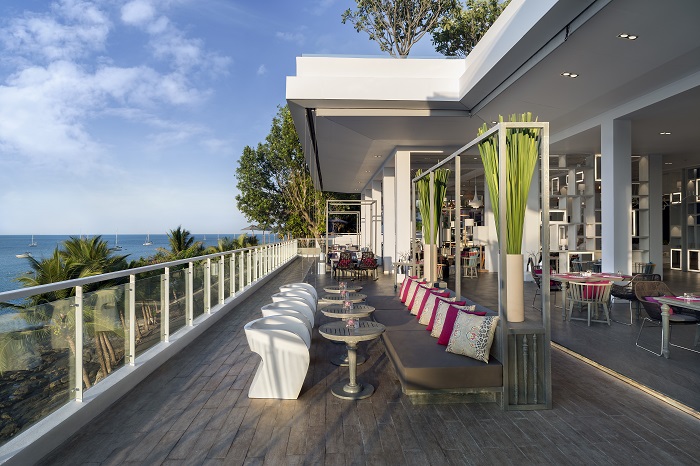 Breakfast is served in the main dining area, which again of course, looks out onto the fabulous beach. The ocean breeze sings through the hall as the generous buffet is laid out, featuring traditional Thai favourites alongside beloved continental choices. Home-made salami and cheeses are arranged in a cold store room adjoining the dining area, another touch that exemplifies the hotel’s truly strong gastronomic attentions.

Another quirky feature that points to the fact that the hotel is elevating its dining and drinking profile to new heights is the promotion of a wine list curated by renowned wine critic, James Suckling. Various wine tasting evenings bring wine not only from all over the world but also from Thailand itself. Here there certainly seems to be a draw for the gourmands and connoisseurs looking for a beach holiday with a touch of decadence - and I really couldn’t recommend a better spot to do this in than the stunning Reflections bar overlooking the sea. 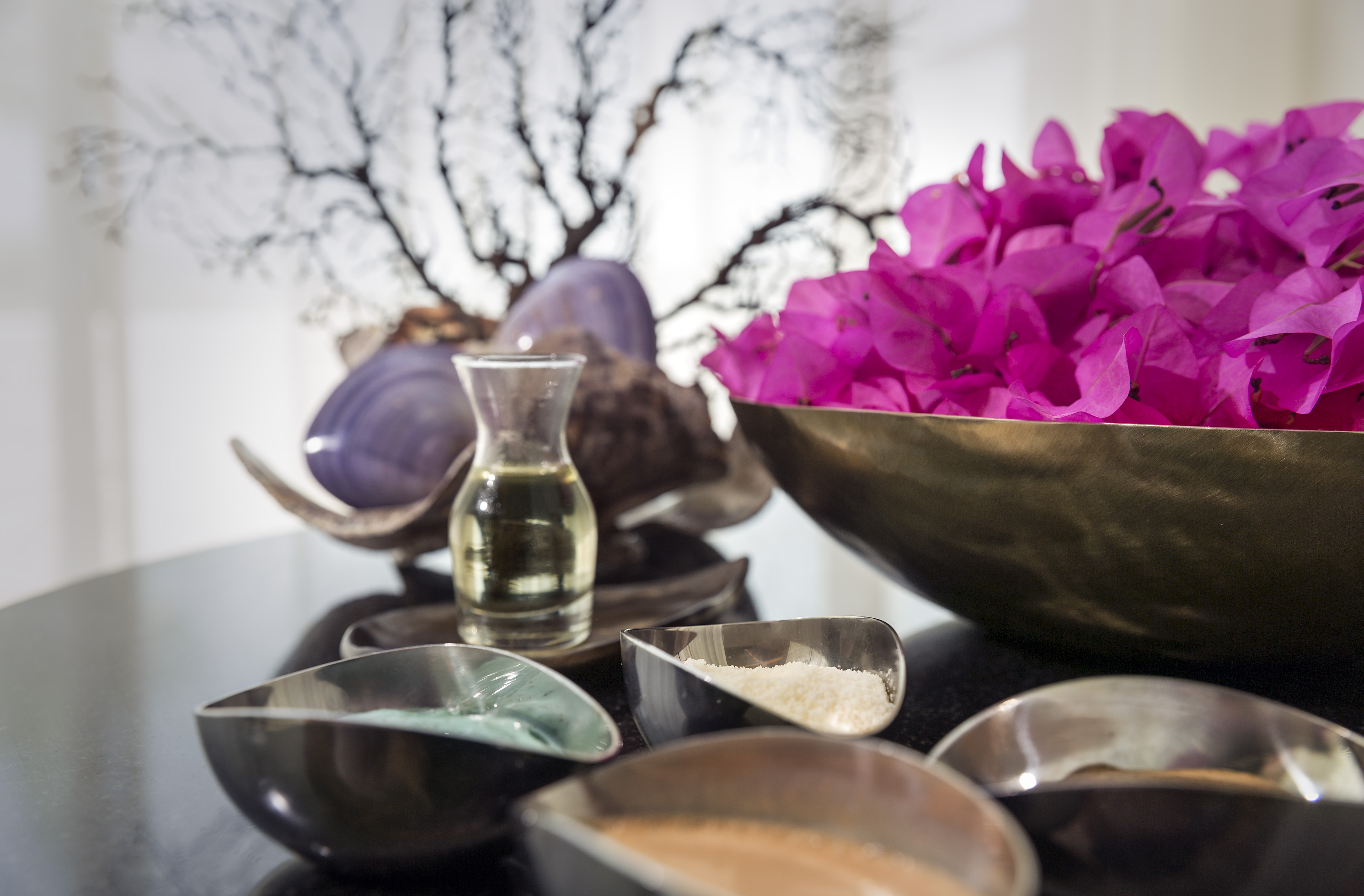 The gorgeous hotel spa offers much in the way of pampering and relaxation, if a day at the beach isn’t doing it for you. Showcasing itself as fresh and fun, the spa moves away from the petal-strewn hot tub clichés and focuses on generating good vibes, in order to ‘curate your chakra and assuage your aura’. I tried some of their crystal infused water, which claims to energise and uplift the mind and body. Whether the effect was in my head or not, it was certainly worth a try for a zen boost for the day ahead.

Phuket is an excellent base for exploring the islands that surround the southern province. Island hopping, rafting, snorkelling and diving are popular activities. Adventurers can zipline or trek if you fancy the inland jungle. The hotel even offers a shuttle to nearby beaches if you want to sample the surf against a different backdrop for a day. If you don’t want to venture too far from the hotel, here at the Nai Harn you can simply stroll down to the beach on your front doorstep. It’s one of the best in Thailand after all.

The Nai Harn, in its prime location, is also now fast gathering momentum as a strong culinary destination. The generous and refreshing hotel ethos will leave you utterly charmed and longing to return to your place by the sea, whether it’s down on the beach, or up in your comfy day bed. 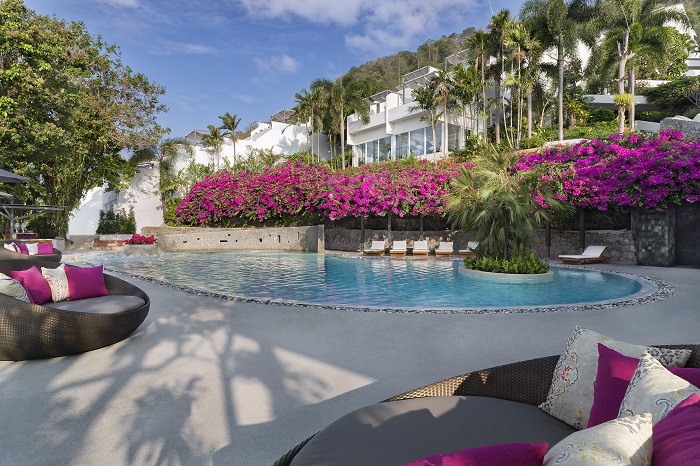 Nestled in a tropical hillside rainforest opposite Promthep Cape, the resort offers intimacy, privacy and restful seclusion and is only a short drive from key entertainment and shopping areas.

Following a meticulous, 18-month renovation, it offers the largest sea facing hotel rooms on the island, and is equipped more than ever to offer the highest-standard luxury service from one of the island’s most-coveted locations.

It is a member of Leading Hotels of the World.