As the World Travel Awards Asia & Australasia ceremony gets underway in Bangkok,Thailand - Breaking Travel News has put together a round up of some of the Thailand’s impressive developments.

Asia and Australasia have been leading the way for tourism recovery following the economic downturn– accounting for 22% of the global tourism industry last year, according to recent figures from the United Nations World Tourism Organisation (UNWTO).

The Asia/Pacific hotel development pipeline comprises 1,244 hotels totalling 306,537 rooms, according to the 2011 STR Global Construction Pipeline Report.Year-on-year revenue per available room (RevPAR) for the first six months of 2011 is up across the country.

Bangkok, Thailand, reported the largest occupancy increase, rising 26.7 percent to 65.3 percent, followed by Phuket, Thailand, with a 25.2-percent increase to 71.8 percent – an indication that Thailand is getting back to business. 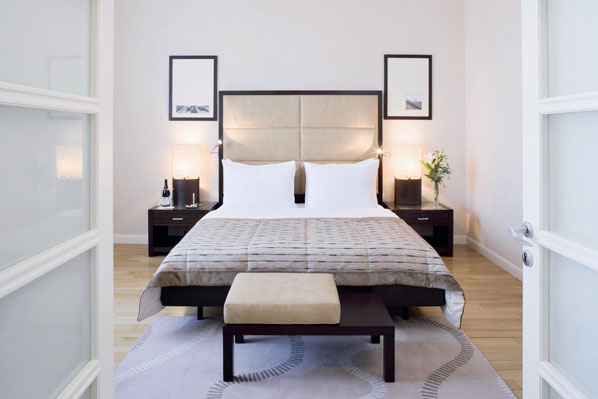 An influx of international hotel chains are set to open throughout Thailand including InterContinental, Le Méridien, Conrad, Accor and Moevenpick - who will all be intent on luring travellers to the destination by the end of 2011.

The charming Surin hotel in Phuket has recently undergone a major refurbishment which includes enhancements designed by Edward Tuttle.

The luxurious Siam in Bangkok is the newest member of the Small Luxury Hotels of the World, set to open Jan 2012.

Built in an old style mansion house, this 2.8-acre, 39-key retreat is an all-suite property featuring spacious rooms that include 16 Siam (standard) or 12 Mae Nam (river view) Suites in the Main Residence or play in one of 10 Private Pool Villas with a Thai, Chinese or Colonial ambience.

There are also four Thai teakwood houses - brought to Bangkok by Jim Thompson from the ancient capital of Ayutthaya.

The Siam offers a range of facilities, including a comprehensive spa and hammam; a period style library; a stylish meeting room; a spacious gym with retro décor; an inspiring outdoor yoga sala; a breezy art gallery under a 14-meter-high glass arcade; a charming antique gift shop; a riverside infinity swimming pool with jacuzzi beds and poolside bar;

In addition there is an authentic Thai restaurant with cooking school in Connie’s houses; a lively Deco jazz bar with 24 hour international dining; a tranquil conservatory with roof garden; a private pier with Thai barge and luxury speedboat for chic cruising; a classic coffee house for good measure, and of course, Bensley’s sculpted and revered gardens throughout.

Swimming pool at the Siam Hotel in Bangkok

“As a family business, our hotels have personal meaning, and this one tops the list. After enjoying their respective careers outside the industry, the family members are working together again to build The Siam. For me, this is the crowning achievement of my 40-year hotel career.”  Explains The Siam President and Owner Kamala Sukosol.

The newly opened Centara Grand West Sands Resort and Villas Phuket, located on the west coast of the island at Mai Khao Beach is set to open at the end of November 2011, with a special introductory offer.

The focus of the resort is a huge water park with 12 waterslides, including the Boomerango, the Super Bowl slide and a 225- metre lazy river.
Centara – which was nominated in four categories by the World travel Awards, including Thailand’s Leading Hotel - are expanding rapidly throughout Asia.

The new Amari Hua Hin, situated near the glittering Gulf of Thailand, is set to open in the second quarter of 2012. Guests will be able to choose from a range of accommodation options each with first-class facilities and stylish interiors.

The Sheraton Grande Laguna Phuket hotel is to be revamped and rebranded to become an up market Angsana Hotel under the Banyan Tree Hotel & Resorts umbrella.

The 419-room Sheraton Grande, one of the longest established five-star hotels on Phuket, will close from 1 July, 2011 for B500 million worth of extensive renovations and refurbishment covering all rooms and public areas and re-open as Angsana Laguna Phuket on 1 December, 2011.

The opening of an Angsana on Phuket will fill a long held desire by Banyan Tree to have an Angsana branded hotel under its group on the island. It consolidates Banyan Tree’s Phuket property as the flagship of a company continuing to expand in Asia, particularly in China. 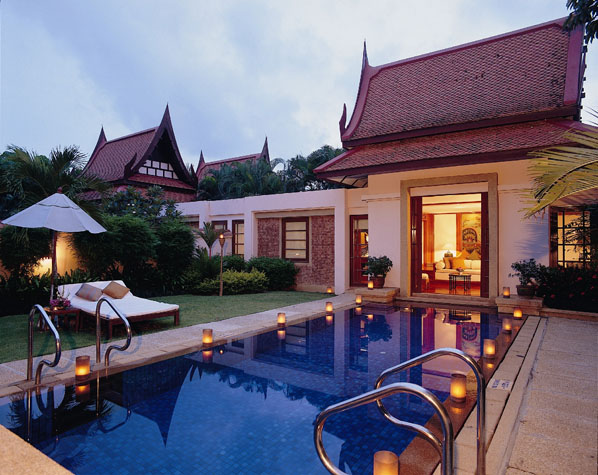 Airlift continues to be a primary focus as the increasing popularity of the monthly Full Moon Party on nearby Koh Phangan is drawing worldwide attention and is displacing seat capacity required for expansion of the mainstream leisure segment.

Bangkok Airways founder Prasert Prasarttong-osoth recently revealed that the airline was studying the possibility of divesting a 30% stake and possibly going into an IPO, which would pave the way for change on Koh Samui.

A market liberalisation under the Asean Economic Community in the next four years and open skies policy in the region are being hailed by travel industry watchers as a positive move.

THAI Airways are launching newly refurbisheded aircraft with IFE from London Heathrow to Bangkok from 1st December (lunchtime flight) and from the 15th December the evening flight too.

The Thai carrier was nominated in four categories at this year’s World Travel Awards, including World’s Leading Airline to North America and with their continued fantastic in flight service for food and cabin crew plus 34” seat pitch and the new inflight entertainment system Thai Airways plans to continue to offer a premium economy cabin product. 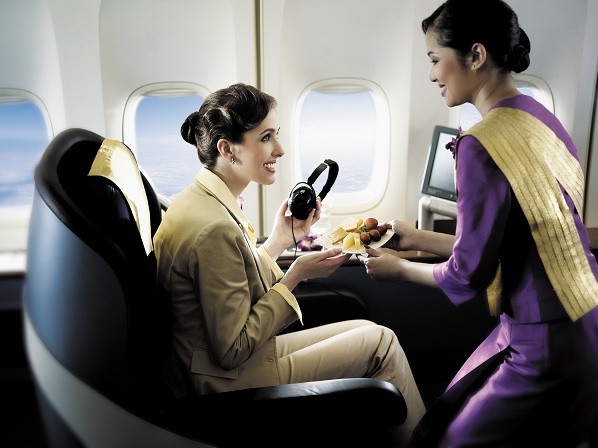 As of March 2012, British Airways will no longer fly from London Heathrow via Bangkok to Australia as a result of the termination of their Australia flights.

This means the BA flight will now terminate in Thailand and serve London Heathrow - Bangkok only which means increases capacity for the destination.

BA was nominated for 13 World Travel Awards in 2011 including World’s Leading Airline.

The Tourism Authority for Thailand steps up marketing initiatives for 2012

The Tourism Authority for Thailand (TAT) is planning a number of interactive and engaging consumer campaigns for a number of markets in 2012. A spokesperson told BTN that it plans to target the following markets: student travel; the family market; repeat market; first time visitors; the luxury market; the wedding & honeymoon market and green tourism

Some of the campaigns already underway include a London bus campaign, a radio campaign in Ireland, Thailand reunited for the repeat market and ThailandThrough the lens for first time visitors and Alternative Thailand for green tourists.

A spokesperson for Thailand Tourism Authority revealed: “Social Media will also be playing a greater part in our campaigns as we look to increase our fan base on Facebook Thailand Fan Club UK & Ireland and Twitter @fanclubthailand (B2B comms)”

“We will have a dedicated 12 month Facebook plan to ensure consistent communication with our fans to encourage more conversations and incentivise them and reward them with fantastic prizes and games.”

World Travel Awards gets underway
A distinguished line-up of travel industry professionals, senior executives from renowned travel companies representing Asia & Australasia’s leading hotels, as well as media from 60 countries have gathered at the luxurious Dusit Thani Bangkok in Thailand this evening to find out who will take home the coveted awards. 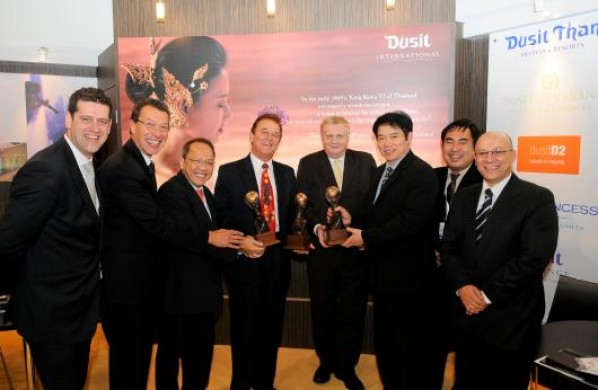 The event is co-hosted by the Tourism Authority of Thailand and Thailand Convention & Exhibition Bureau, with more information on the official World Travel Awards website.