The move will see the launch of a completely new corporate identity, generated by a name more relevant to the company’s ambitious international expansion plans.

It is hoped the new identity will herald a new era of opportunity for the hospitality giant, in line with Qatar’s own tourism development strategy.

“Over the last four decades we have been at the forefront of the development of Qatar’s hospitality industry at both domestic and international levels,” said HE Sheikh Nawaf bin Jassim bin Jabor Al-Thani, chairman, Katara Hospitality.

“As we embark on a new wave of strategic expansion, we seized the opportunity to redefine the brand and set the scene for future growth of not only our rapidly expanding portfolio, but of Qatar’s reputation as a key player in the global tourism market.”

The word ‘Catara’ dates back to 150 AD and was originally used by the ancient Greeks to refer to the area known as the Qatar Peninsula, before European cartographers began using the spelling ‘Katara’ on historical maps dating from the first half of the 18th century.

“The decision to revive the name Katara reflects our rich cultural heritage and honours the country’s ancient roots, while being symbolic for our recognition beyond the regional borders since ancient times.

“This cultural wealth is the foundation for our national vision, and is the basis on which the Government of Qatar and Katara Hospitality are developing a sustainable tourism offering for future generations to come,” added Sheikh Nawaf. 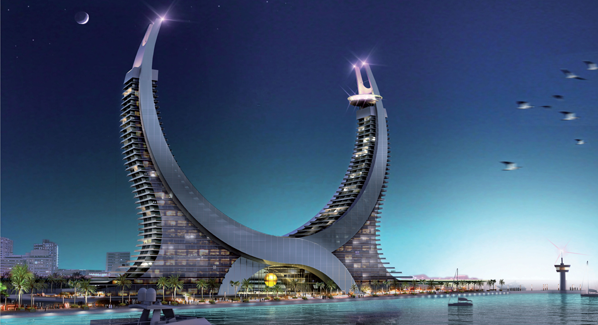 The iconic development at Lusail Marina will open in 2016

The launch of its new corporate identity, designed by international branding consultancy Lambie-Nairn, has the twin goals of raising brand awareness in key targeted international markets as well as developing long-term business-to-business partnerships with leading global hospitality and tourism players.

“Our focus on international expansion began in 2006 with the acquisition of the Renaissance Sharm El Sheikh Golden View Beach Resort in Egypt, and we currently have 24 hotels operational or under development in eight international destinations.

“We are looking to increase that to 30 properties by 2016 and double that figure by 2030 to 60 hotels and resorts around the world,” said Hamad Abdulla Al Mulla, chief executive Katara Hospitality.

With more than 4,000 hotel rooms already operational or under construction, Katara Hospitality has a number of openings on the horizon including two new Qatar-based projects – an iconic development in the Marina District of the new Lusail city and the Merwebhotel City Centre Doha – and three new European properties in 2013 - the Royal Savoy Lausanne; the Gallia Hotel Milan; The Peninsula Hotel Paris, as well as a second Parisian location with a five star hotel.

2014 will mark the opening of an impressive project in Switzerland, the Bürgenstock Resort Lake Lucerne.

The luxurious resort will round out the year following the multi-million dollar refurbishment of Tangier’s famed Tazi Palace and a new build project - the Comoros Beach Resort located in the Union of Comoros. 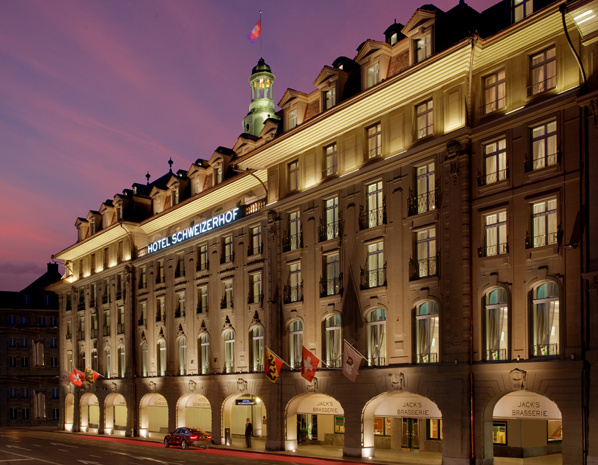 “Our focus is on strategic investments and acquiring a collection of international properties that are true hospitality icons in the grandest sense; having said that, we are also building new icons of hospitality that incorporate the latest technology and offer a contemporary alternative, but with the same warm, genuine service that defines the new Katara Hospitality brand,” said Al Mulla.

Illustrating that point, a new iconic hotel that upholds the cultural roots of the Qatar-based company is being developed in a prime location in Lusail City.

“With an architectural design inspired by the insignia of Qatar, the Lusail Marina property’s stunning architecture is set to become a leading hospitality landmark” Al Mulla added.

The strength of Qatar’s banking sector underscores the Gulf state’s ability to finance major planned projects given its financial sector performance and its projected GDP growth of six per cent in 2012, as well as its liquid banking sector.

Meanwhile credit facilities to customers rose by 28.2 per cent to US$103.5 billion.

Qatar’s financial performance was all the more impressive given fears of contagion from the euro zone debt crisis and slow growth in the United States and other developed markets.