With industry leaders arriving in Doha ahead of the International Air Transport Association AGM, Qatar has been exhibiting its new international airport.

Hamad International Airport extended its jetways to welcome arriving passengers for the first time to the world’s newest aviation hub earlier this month.

A Qatar Airways flight was the first to officially land on the East Runway.

The flight carried the Qatari minister of transport HE Jassim Saif Ahmed Al Sulaiti, the board members of the Steering Committee of NDIA and other delegates and received a Water Salute by the Qatar Civil Aviation Authority Rescue Fire Fighting Services.

“In fact, its capacity on opening day will be 30 million annual passengers, which is more than the initial plan.

“Initial capacity was expanded to accommodate the increased transit growth in Qatar over the course of the past decade,” he added.

HIA and Airport City (together comprising the NDIA project) span 29 square kilometres, 60 per cent on land reclaimed from the Arabian Gulf.

Once fully open, the terminal also features 16 lounges, 26 art installations, more than 100 food and beverage outlets and retail outlets, a transit hotel, a swimming pool, a luxury spa, squash courts and a four-storey catering facility that is one of the largest in the world.

The on-site public mosque can accommodate 500 worshippers at prayer time. 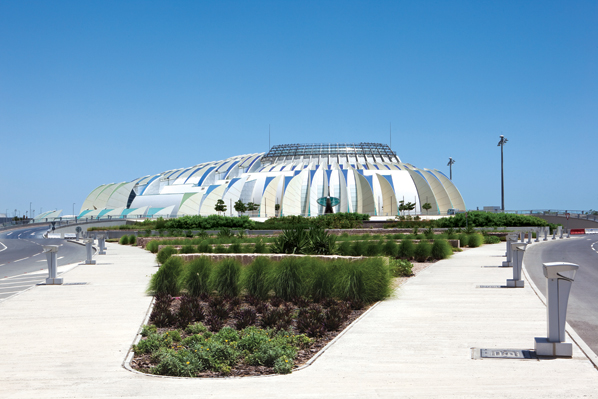 “HIA will be a source of pride and joy for all people of Qatar for many decades to come. It will deliver a memorable experience to all passengers that will travel through its gates; an experience that reflects Qatar’s status and importance on the world travel and tourism map.”

Designed to support and sustain Qatar’s historic development as a nation, HIA promises an exponential increase in Qatar’s capacity to handle international movements of people, goods, capital, knowledge and technology.

It is a vital element of Qatar’s National Vision 2030, which sets out the roadmap for a unique national transition from reliance on petrochemical revenues to a diverse, knowledge-based economy.

Following a rigorous two-year planning phase, construction began in 2005 with an ambitious project to reclaim 62 million cubic meters of land from the Arabian Gulf.

Upon completion, HIA will occupy 29 square kilometres or a space equivalent to one third the total size of Doha.

In one of the Gulf’s most successful projects to date, eight million cubic tonnes of household and commercial waste were removed during construction.

In fact, HIA is the only greenfield airport of this scale built anywhere in the world.

The Passenger Terminal Complex sits at the heart of HIA and is instantly recognisable as a new landmark structure in the world of aviation. 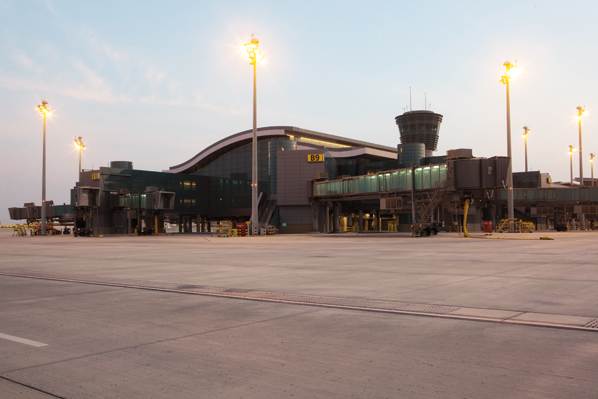 A workforce of 23,000 invested over 160 million hours to design and build an undulating structure resembling the gentle waves of the Arabian Gulf taking passengers gracefully from landside to airside, using building materials sourced from 40 different countries around the world. 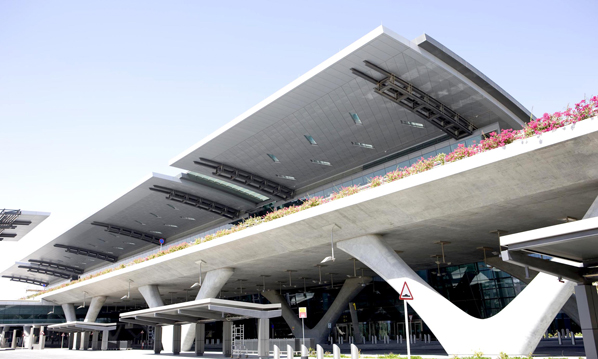 It will provide visitors with an unmistakeable welcome to Qatar and the Middle East, soaring 90 meters above the airport to complement Doha’s rapidly evolving skyline.