When Austrian capital Vienna played host to the Amadeus Rail Innovation Forum in 2014, the mood was one of sunny optimism.

European Union liberalisation, designed to shake-up stodgy incumbents, was just around the corner, while insurgent operators were seemingly poised to disrupt cosy domestic arrangements with a host of new international routes.

A bright future was on the horizon.

In 2017, as the industry gathers once again in Prague, it seems the mood is a touch more realistic.

While the bright future of integrated international markets, accessible cross border ticket sales and on track competition still waits just around the next bend in the track, it might take a little longer to get there than anticipated. 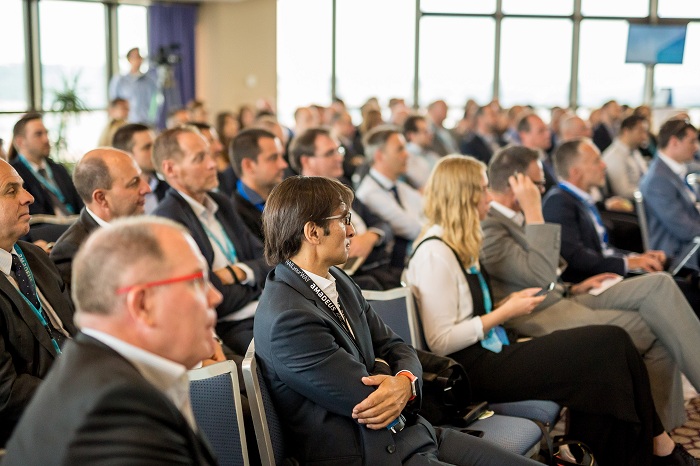 Amadeus, the Madrid-based tech giant behind the gathering, has been playing its part in the process of trying to reach this ideal, however.

Insightful analysis of the sector, in both Europe and around the world, has focused minds on what needs to be done - with ticket distribution identified as the a key weakness in the market.

In response the Madrid-based company has sought to position itself as the go-to global distribution system for the rail sector, principally through the launch of the new merchant model - an approach allowing travel agents around the world to sell multiple railways, thus bypassing the need for one-to-one commercial relationships between both parties.

“Rail travel today is still largely domestic but this will soon change - our merchant model marks the beginning of a new era, giving the industry what it needs to take a global leap, and unlock growth.

“For travel agencies this will mean a convenient gateway to leading rail content that will serve to enrich their overall offer,” said Antoine de Kerviler, global head of rail and ground travel, Amadeus.

“I am confident that rail will be on the radar of many more travellers now and as it becomes more and more accessible to them – just imagine booking rail the same way as air, all integrated in a single itinerary – it will get the attention it deserves.” 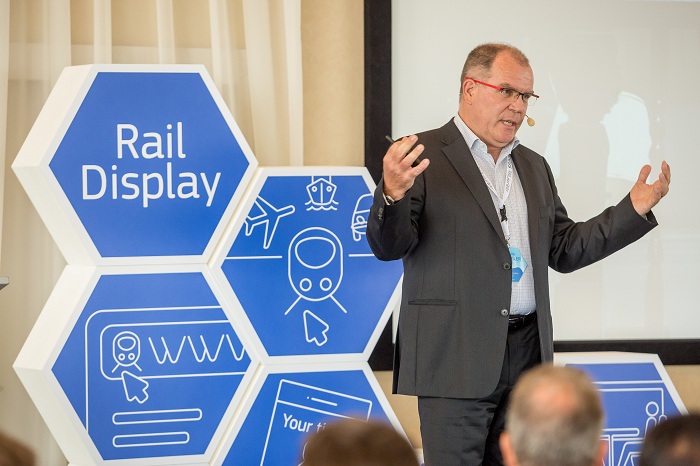 The product is also something of an expansion for Amadeus, as it seeks to fulfil the global administration role filled by IATA in the airline sector.

As Mirja Sickel, head of sales & marketing for Amadeus Rail & Ground Travel, explains: “We have seen we need to go one step further and be this central entity facilitating the sector.

“On one hand we facilitate the contractual relationships between the travel agencies and the railways, so we are in the middle, and then on the other, we take on the financial settlement.

“This enables a Chinese travel agent to sell a wide range of rail products in Europe, and visa-versa.”

Standardisation, too, will be vital to the growth of European rail travel, with Amadeus working on a common application programming interface for the industry.

“In Europe, clearly, standardisation would benefit all the railways,” explains de Kerviler.

“We can contribute in this area – it is a good thing for the industry and would create an ecosystem.

“We will help in favour of the customer, too, the real winner here, with better apps, more suitable apps, will be the customer.”

Of course, technological problems are just one factor impacting on rail.

Sven Gossel, chief executive of Trans Metropolitan Railways, explains there is still plenty of work to be done before rail can be considered fully competitive.

“Rail is where the airline industry was 20 years ago,” he explains, “we are heading in the right direction, but we are not there yet.

“We need a further round of deregulation at a European market level in order to increase competition.”

Gossel points to the tremendous challenges faced by a new train company, arguing any new operator would need a minimum of €50 million in capital at the outset – a not insignificant amount in a market where tech start-ups offer the prospect of much greater rewards for a considerably smaller outlay.

He adds it can take years for new rolling stock to be delivered, that trains must be tailored to meet country-specific safety standards and that no trans-European operating licence exists.

A failure by European governments to privatise infrastructure has also left incumbents such as SNCF, RENFE, and Deutsche Bahn in a strong position.

“As a new comer, you are not taken seriously,” Gossel continues.

“The existing operators control upward of 90 per cent of the market; this makes it hard to get appropriate slots on tracks, while passengers are unaware of our offering.”

Only through product differentiation can new companies succeed, he argues.

“The big guys are super tankers and we are trying to design a speedboat.”

Yet, with virtually all plans for Trans Metropolitan Railways under wraps before its launch next year, only time will tell if Gossel has found a winning formula. 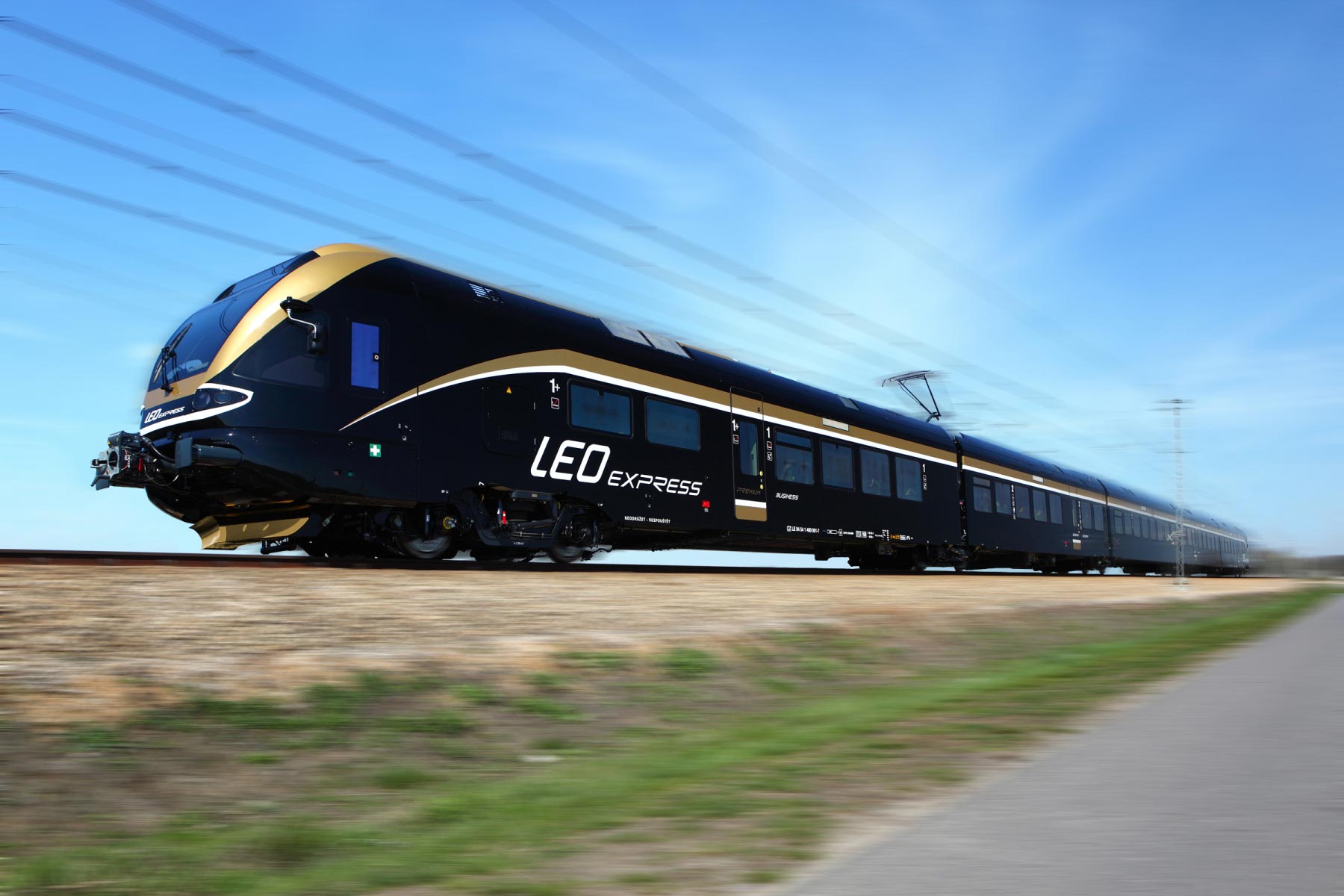 LEO Express is one of the success stories of European rail

The picture is not wholly negative, however, and there have been successes for new entrants.

In Prague itself LEO Express launched in 2012 as a rival to national-incumbent České Dráhy.

Founded by Leos Novotny, the privately-owned company began by offering services on the Prague-Ostrava route, and had since expanded to connect 81 cities in six countries.

The standard bearer, however, has perhaps been Nuovo Trasporto Viaggiatori – operating under the brand name Italo.

Operating across the Italian high-speed rail network and stopping at 16 stations, each train offers four classes, and a level of luxury previously unseen in the country.

This in turn has forced incumbent, Trenitalia, to compete on quality, directly benefitting the Italian traveller.

However, the service was not cheap to launch, and it remains to be seen whether the model can be imitated by organisations without the financial muscle of a billionaire backer. 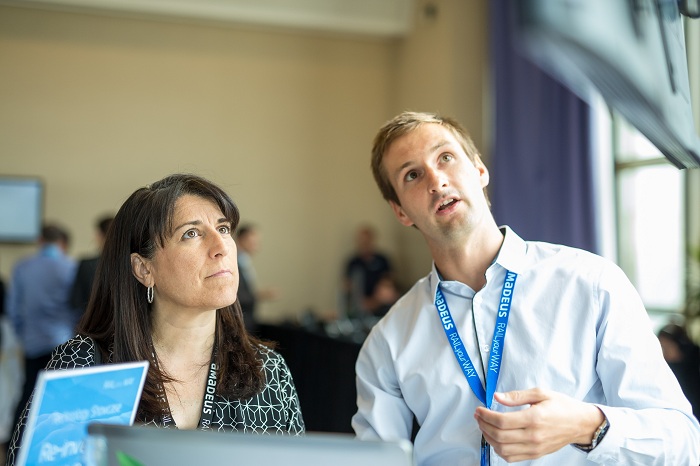 Where will the industry be headed at the new Amadeus Rail Innovation Forum?

These successes are rare though, exceptions that prove the market is yet to fully mature.

Incumbents would also argue new operators simply cherry-pick the best routes, damaging their ability to provide the social aspect of rail considered essential in some parts of Europe.

SBB of Switzerland, for example, serves hundreds of unprofitable stations as part of its government-mandated mission - a task which becomes harder as upstarts snap up affluent customers on the busiest routes.

Progress, then, is most likely to be driven by political change.

The so-called fourth railway package - an EU directive designed to harmonise technical specifications and market rules across the continent – has been rolled out, liberalising the market.

It will take years for these changes to fully take an impact, however.

The rail sector remains a case of watch this space.

While low-cost airlines surge, the European transport sector gets ever more competitive and without radical change train operators could be left in the sidings.