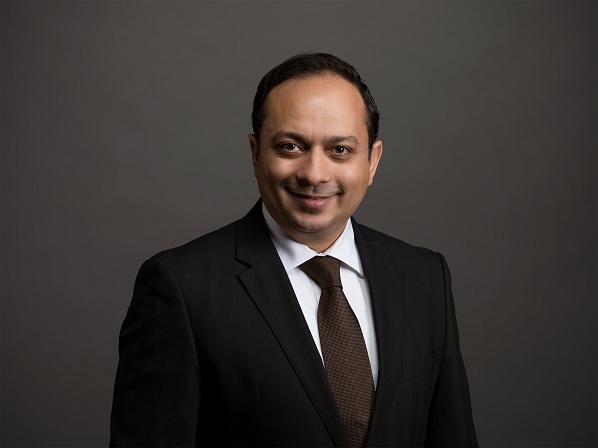 Best known as a European tour operator, Kuoni Group is in the midst of a strategic shift, exiting this sector and increasing its focus on three core activities – global travel distribution, group travel and destination services and visa services.

Breaking Travel News: Thank you for taking the time to speak to us Zubin. You have been in position as chief executive with Kuoni Group since November last year; how are you finding the role?

Zubin Karkaria: The Kuoni Group is undergoing one of the most important transformations of its 110-year history.

There is a public tender offer currently running by private equity company EQT.

If the transaction is successful the new owner will invest in our three businesses to further develop and grow them so they can reach their fullest potential in their market segments.

Being at Kuoni for the past 25 years and being an executive board member for the past three years, I have worked in all the different businesses in the past.

I know our company very well and have been involved in the overall strategic decision-making, so this has helped me to hit the ground running.
Remember, the group has a rich history of over a century.

As part of its evolution from a traditional tour operator in Zurich, it has emerged to become a global market leader amid challenges like world wars, economic depression, across geographies.

To be part of that resilient spirit, and to be given an opportunity to lead this great organisation, is both humbling and motivating for me.

My current high focus is on the accelerated implementation of the strategy I have presented last November.

So, overall it is a very exciting role and I look forward to completing the transformation process and taking our businesses ahead.

BTN: Kuoni is perhaps best known as a tour operator here in the UK. However, it is currently in the midst of a strategic shift, exiting this sector and increasing its focus on three core activities – global travel distribution, group travel and destination services and visa services. Can you tell us a little about the motivation behind this shift?

ZK: The key driver of the decision to exit the traditional tour operating business was that we want to focus on our global business-to-business activities with growth prospects particularly in Asia, the Middle East and Africa, where we already are in leading positions.

Yes, Kuoni is a much known tour operator in the UK, and in a few other countries, particularly in Switzerland.

We believe this traditional business can be better developed in the hands of new owner who can also better benefit from volume and scale.

For so many decades, tour operating defined who we were and hence it was a very difficult decision for us; but I assure you it was also a very well thought-through decision, a very brave decision and, I am convinced, it is the right one.

Our new strategy is in line with our intention to expand in key markets such as Asia, Middle East and Africa, and enhance our digitalisation plans and service offerings in the business-to-business space.

BTN: You are perhaps most closely associated with the visa services aspect of the new company, having developed VFS Global under the Kuoni umbrella. Can you tell us a little about this organisation? It got its start with the American embassies in India, is that correct?

ZK: Yes, I conceptualised and launched VFS Global while I was the chief operating officer of the tour operating division of Kuoni India. Ironically, it was our tour operating business itself which led us to developing VFS Global.

The economic reforms introduced in India in 1991 gave a shot in the arm to the Indian travel industry, and there was a sudden and strong growth in outbound travel.

Getting a visa became one of the key challenges, as Indians required visas to visit most countries and the diplomatic missions were not geared up to face this sudden increase in visa applications.

Being India’s number one outbound travel and tour operating company, we at Kuoni India understood the dynamics of the situation, the challenges would-be travellers faced, and were quick to identify a value addition opportunity.

Yes, the US Consulate in Mumbai was our very first client mission.

It took approximately 18 months of dedicated efforts to convince them to allow us to become their visa services provider.

Today, many countries have accepted it as a highly beneficial model for processing ever-increasing visa application numbers in a completely secure and efficient manner.

It is important to note that VFS Global is involved in the administrative and non-judgemental part of the process only.

BTN: With three such divergent units within the new Kuoni Group, would it make sense to spin them off into separate companies? What benefits does each receive as part of the larger whole?

ZK: When I assumed charge as the chief executive in November, I had stated that the focus will be on developing the three core divisions independently from each other to increase autonomy and ensure accountability.

That said, by remaining part of the same group, all divisions are further sustainably developed in their respective market segments and that boosts the profile and profitability of the group as a whole.

This plan is also backed by EQT.

With international travel on the rise in emerging economies, we expect to offer better and faster customer-focused offerings at all levels of the travel sector: to vendors, agents, online platforms, and client governments.

With intense competition, opportunities remain as opportunities for a very short time, so we need to keep our foot on the pedal, and ensure the momentum of the group as a whole helps us maintain our leadership position in each of our businesses.

BTN: Will the Kuoni Group continue to be based in Switzerland moving forward, or will the headquarters be shifting?

ZK: Should the takeover bid of EQT be successful, there will be a different structure on how we run the three businesses independently.

The role of the Zurich headquarters will change from an overarching group more into some services that are needed on this level to the benefit of the businesses.

Kuoni has its heritage in Switzerland and our three businesses have their operational hubs in London, Zurich and Dubai.

BTN: Where does Kuoni hope to be focusing its activities in the coming years? The services you now offer are sought worldwide; does this present an opportunity or a challenge for the new group?

ZK: We have truly global businesses, but with different strong positions in the respective markets.

Our clear focus is on the Asia-Pacific region where all business currently see most growth, but there are other regions with further huge potential like the Middle East, Africa or even Latin America to some extent.

In the group travel business, mainly for Asian groups travelling to Europe, we are changing our product portfolio by reducing complexity, adapting to changed customer needs and focusing on more profitable customer segments.

At the same time the organisation becomes more flexible and cost-efficient.

In our GTD business (where we are distribution partners for accommodation and other destination services), technology is an important driver.

We are rolling out new interfaces for travel agents, tour operators, and OTAs so that they can better serve their end-customer needs.

This helps our clients to sell more.

We also see strong growth potential in our emerging Identity Management and Citizen Services segment, through which we support local and national governments in large-scale ID solutions, in projects such as e-passports, resident permits, national identity schemes, driving licenses, etc.

Our biometric solutions are being used in 114 countries by 32 client governments and we have processed over 33 million biometric enrolments since we began in 2007.