Petra Roach has recently taken over as interim chief executive with the Barbados Tourism Authority.

Here she talks to Breaking Travel News editor Chris O’Toole about the most recent developments in the Caribbean tourism hotspot, the importance of European airline and the series of events lined up throughout the year to make sure holidaymakers return time after time.

Breaking Travel News: Congratulations on your interim appointment as chief executive with the Barbados Tourism Authority. Can you let us know where you think Barbados is as a tourism destination at present, bring our readers up to date?

Barbados is in a very exciting position right now, and the future is looking promising.

We’re pleased to report that UK arrival figures for January – end April 2014 were up 8.6 per cent on 2013 for the same period, so a great way to start the year for this market.

In terms of where we are at present from a tourism standpoint, the Barbados Tourism Authority has been working tirelessly to differentiate Barbados from its competitors and ensure that we receive real cut-through in a somewhat cluttered tourist market.

We’re now in a position where we can offer our visitors a real breadth of experiences, and continuously aim to surprise people and challenge what they expect from such a destination.

We are still pushing the boundaries when it comes to great events on island, and recently hosted the Top Gear Festival.

All of the show’s regulars including Jeremy Clarkson, Richard Hammond and James May came, along with the legendary Lewis Hamilton.

The event was a roaring success and footfall exceeded expectations.

The establishment of strategic partnerships with the likes of Chelsea Football Club and the Hampshire Cricket Club have worked exceptionally well for Barbados in terms of giving us the level of cut-through required to reach and engage our core target audiences.

BTN: What challenges do you face in the Caribbean and Barbados more specifically? Has airlift to the island improve of late, are you still being hit by the slowdown in North American tourism figures for example?

PR: For years we faced the challenge of APD.

This was always a massively unfair and unjust tax for British travellers and the economies of the countries such as our own, for which tourism makes up an important part of our economy.

It has been the result of a tireless but concerted effort by the government of Barbados, our regional Governmental counterparts and their respective High Commissions, the airlines, travel trade companies and various membership associations who played an integral role in achieving change.

As a result of the new banding, Barbados will become more competitive as it will no longer be disadvantaged by the increased cost of travel for British travellers.

With airlift out of the UK, Barbados is an important hub for British Airways and Virgin Atlantic Airways as it offers excellent connections to other Caribbean islands.

Collectively both carriers account for more than 80 per cent of tourist arrivals into Barbados from outside the UK.

We have always had an exceptional relationship with both airlines and they have remained extremely supportive and committed to Barbados over the years.

We’ve seen increased airlift out of Manchester with Thomas Cook – its twice weekly service started back in November 2013 (shared with St Lucia and Antigua).

It’s a one a cabin configuration with a capacity of 321.

Airlift out of Canada will increase significantly this upcoming winter season on top of an eight per cent increase already achieved this summer season.

Significant additional airlift out of United States is also on the horizon and we are therefore expecting a significant uptake in tourism figures.

Form mainland Europe, Condor will introduce a 50 per cent growth in winter season capacity out of Frankfurt and out of Sao Paulo, Brazil we will see a doubling of weekly capacity from December 2014 onwards.

The Caribbean is a more difficult region, with high airfares being the biggest challenge. 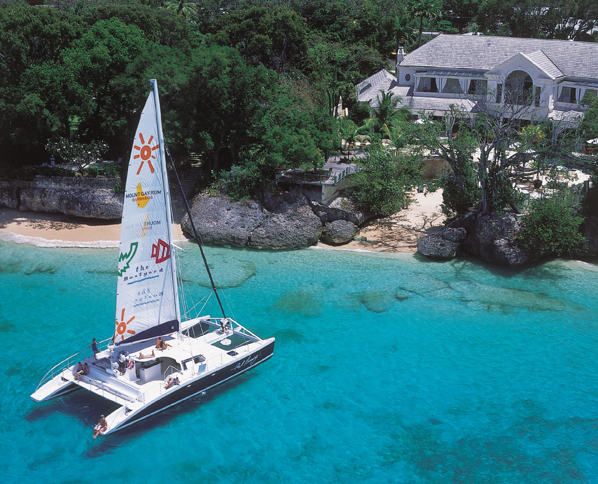 BTN: How do you hope to change the direction of Barbados Tourism Authority? What are your aspirations for your time in charge of the organisation?

PR: The aspirations are simple and will take continued dedication but I know we can achieve them.

As an organisation, it’s really important for us to be super successful and I would also like to ensure that we stabilise the positive direction in which we are going.

We want to keep our eye on a strong business performance and increase footfall and ensure that visitors to our island understand and know about the wealth of attractions available – so we’re not only known for our fabulous beaches but also for our culture, history and food, not to mention the wealth of activities available.

The ultimate goal is to see tourism contributing significantly to the success of the country and for that, we really do need to move away from tactical pricing and grow knowledge and passion of the island to ensure that each and every visitor understands what we have to offer and keeps coming back to experience more and more of our wonderful country – as well of course as spreading the word.

BTN: You were previously head of Barbados Tourism Authority in the UK. Do you feel the island is perceived correctly in this key market? Is there more to the island than beach holidays?

PR: Increasingly, we are opening people’s eyes to other elements of Barbados – like the Food & Wine and Rum event in November and the variety of sporting events that we host – for example, this year we were the first Caribbean island to host Top Gear – which was a very exciting and popular.

The perception of Barbados is that it’s a special gem in the Caribbean region – rather than simply a tourism destination – it’s the little island with the big ideas and promises the wonderful warmth and friendliness of a true Bajan welcome. 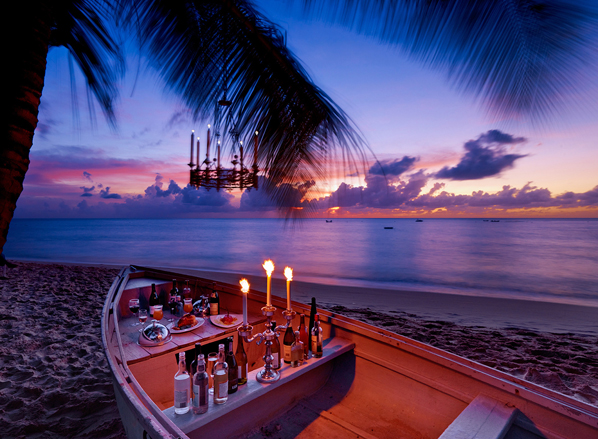 BTN: Which other market – outside of North America and Northern Europe – do you see as growing in importance for Barbados in the coming years?

PR: South America is growing at the moment.

Brazil has direct flights to Barbados and with a population of nearly 200 million – that’s one market to watch.

We’re also keeping an eye on Colombia as there will also be direct flights from Bogota to Barbados.

BTN: Finally, are there any developments, new hotels or attractions, for example, which you would like to share with the readers of Breaking Travel News?

The Sandals Barbados resort is undergoing further refurbishment to bring the property in line with the standard of its sister properties and this is expected to be completed in time for winter 2014.

The company is also planning to build a Beaches Resort on the site of the former Almond Beach Village Resort on the West Coast in 2015.

Furthermore, two fairly new features in Barbados are the walkways along the south and west coasts.

The first is an attractive boardwalk upon which people stroll, chat and take a break.

The second links the village of Holetown with the beaches further south and means you can now take an extended walk along our divine Platinum Coast.

It’s these unexpected treasures that we enjoy showing to visitors and observing their amazement.