Abu Dhabi’s tourism sector is enjoying a golden era as it launches a host new attractions and world-class hotels, which have been accompanied by soaring visitor numbers. To help steer its phenomenal transformation, the emirate has formed a new authority to steer its tourism and cultural evolution. 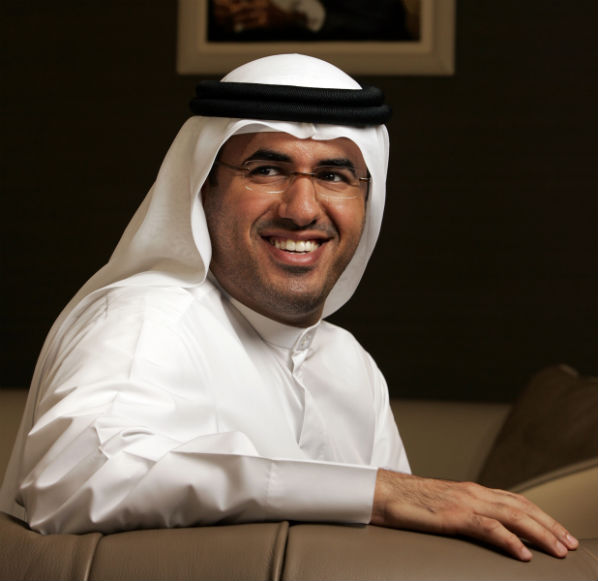 The dynamic Mubarak Al Muhairi steps up to the role of Director General of the new authority, and comes to the role following seven record-breaking years at Abu Dhabi Tourism Authority. Under his leadership, ADTA grew from a start-up into a world-class brand that now serves as a catalyst in driving inward tourism investment, growth and development.

Sheikh Sultan Bin Tahnoon Al Nahyan said: “The Board agreed that in Mubarak Al Muhairi the new authority has a proven leader who sets the tone of an organisation by example and has a wealth of experience in both the tourism and culture sectors,” said Sheikh Sultan.

“We are looking to deliver a seamless transition into a unified body that will bring additional synergy to the delivery of enhanced product and services across a number of segments,” Sheikh Sultan added. 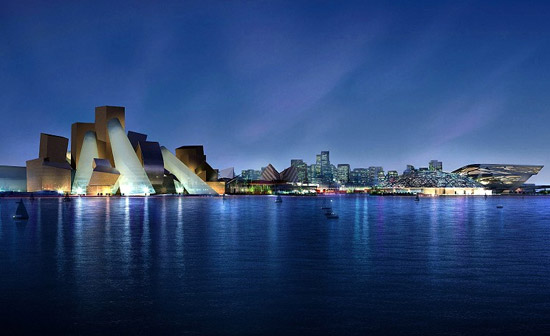 The decision comes at an exciting time for Abu Dhabi. Last year the Emirate broke all records for guest arrivals, with a total of 2.1 million people staying at hotels and hotel apartments over the course of the year – beating the official target of two million by 6.5 percent. This is a highly encouraging result came in a year which saw substantial additions to Abu Dhabi’s hotel and resort inventory, including several five-star beach properties opening up on Saadiyat Island to guests.

“There is a clear correlation between this increase, our opening of offices in Russia and the USA, our heightened focus on the Asian markets, a vibrant calendar of world-class events, increased air access with the arrival into Abu Dhabi of new carriers and the expansion of Etihad Airways’ network and a substantial increase in cross-network marketing undertaken by the arrival of major new hospitality brands,” said ADTCA chairman Sheikh Sultan Bin Tahnoon Al Nahyan. Annual growth was also recorded across a number of other key metrics, including guest nights, which were up 22 percent to 6.3 million.

Occupancy levels also rose seven percent to 69 per cent, while revenue was up three per cent to US $ 1.2 billion.

Palatial properties
Integral to Abu Dhabi’s success is the quality of its hotel and the ground-breaking levels of service and facilities they offer.

This is exemplified by the iconic Emirates Palace, the palatial destination resort in the heart of Abu Dhabi. 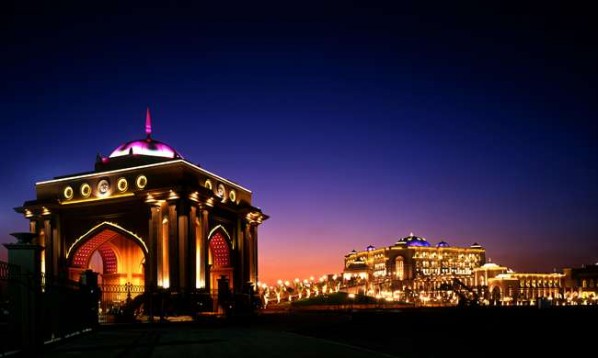 It was recognised with accolades for ‘World’s Leading Conference and Meetings Hotel’ and ‘World’s Leading Presidential Suite’ at 2011 World Travel Awards. It has also been nominated in several categories in WTA’s forthcoming Middle East Ceremony which is set to take place in Dubai on 30 April 2012.

A sparkling addition to the skyline of the UAE capital, Jumeirah at Etihad Towers opened last November on the beachfront of the West Corniche.

The 280-metre, 66-floor building forms one of five towers of the Etihad Towers complex – a ground-breaking lifestyle development that also incorporates offices, residential apartments, as well as a shopping centre filled with designer boutiques. There is also a private beach, conference centre and a full range of gourmet restaurants. 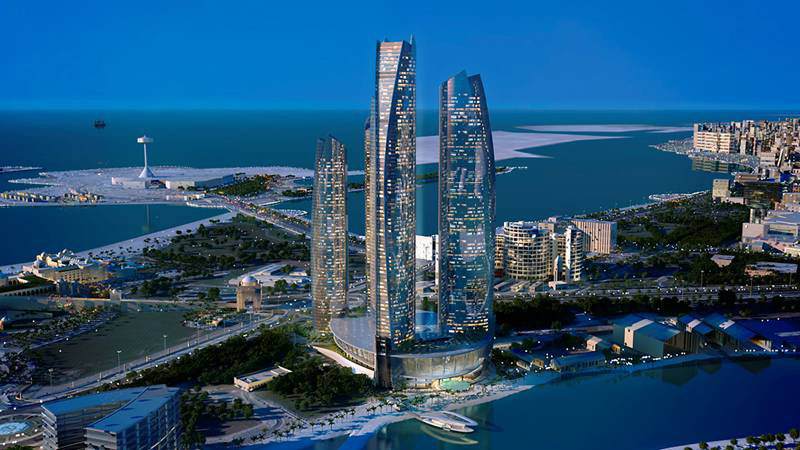 Guests can expect the trademark Jumeirah opulence with 382 rooms and suites loaded with the very latest in lifestyle technology. For the full Jumeirah experience check into the Royal Etihad Suite, located on the 60th floor and occupying a whopping 980 square metres.

Jumeirah at Etihad Towers has rapidly established itself as a leading player on the global luxury hospitality scene, reflected in it picking up “World’s Leading New Hotel” at World Travel Awards Grand Final in January.

It has also been nominated in four categories for the Middle East leg of World Travel Awards, which take place on 30 April 2012, including “Middle East’s Leading Suite” and “UAE’s Leading Hotel”.

Yas Island
Yas Island is home to some of the UAE’s most exciting attractions, including Ferrari World – home of the world’s largest roller coast – events, as well as concerts and much much more.

The flagship project of the $36 billion Yas Island development, the Yas Viceroy Hotel is a breathtaking fusion of architecture, design and technology, set half on land and half on water. It is also the first hotel in the world built directly over a Formula One race track and in 2010 was voted “World’s Leading New Hotel” by World Travel Awards. World-class aviation
Attracting the luxury traveller forms an integral part of Abu Dhabi’s growth strategy. Royal Jet, the private jet charter company, has just come off its most success year yet in its eight-year history. 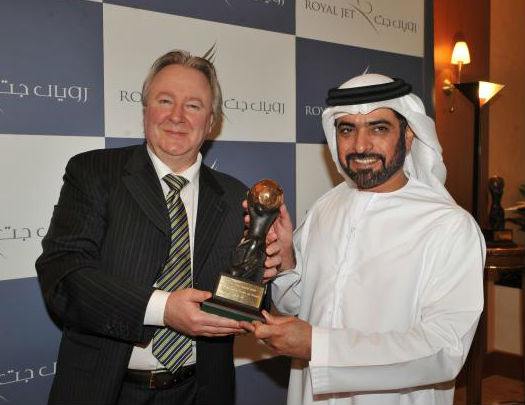 The company is chaired by His Excellency Sheikh Hamdan Bin Mubarak Al Nahyan.

“I am delighted to report that 2011 was the most successful year ever for Royal Jet and by a considerable margin – both operationally and financially,” said Shane O’Hare, President and Chief Executive Officer of Royal Jet. “The private jet industry is not measured by profits and efficiency alone but depends first and foremost on customer service. Our excellent service delivery earned us the ‘World’s Leading Private Jet’ award for an unprecedented fifth year in a row at the prestigious World Travel Awards.” 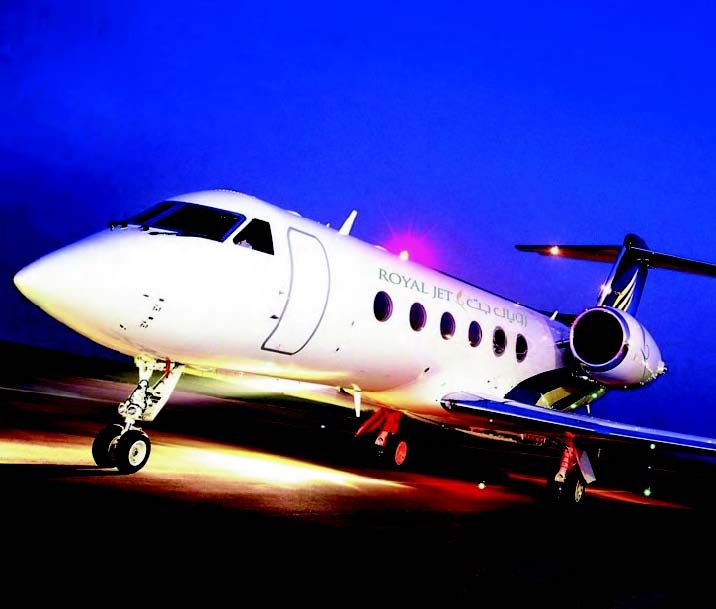 Five new routes – Bangalore, the Maldives, the Seychelles, Chengdu and Düsseldorf – will also be added to the network. 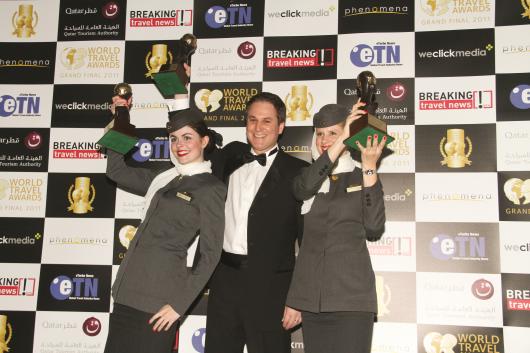 “This was a game changing move for Etihad Airways, adding 157 destinations and giving us access to 35 million new passengers.

“The airberlin deal will be our most important catalyst for growth in 2012. It has given us instant access to Europe’s largest travel market, and will have a major impact on revenues in 2012, with an expected contribution of up to US$50 million.”

A joint project from Abu Dhabi Ports Company and Abu Dhabi Terminals, the facility has been designed to cater for the 2011/2012 and 2012/2013 cruise seasons.

Abu Dhabi International Airport, which was celebrating its 30th anniversary last year, also has ambitious plans for the future. In the coming five years, the airport will be focusing on achieving new competitive milestones with the completion of the new Midfield Terminal Building, scheduled to open in 2017. The 700,000 square meter building is a landmark project being undertaken in Abu Dhabi and the UAE, and will be able to handle 27-30 million passengers per year when it opens. James Bennett, chief executive of ADAC said: “We are delighted and eager to showcase to this audience of aviation experts and professionals, Abu Dhabi: an attractive and dynamic destination, with the business and leisure potential to ensure a successful and sustainable route for airlines.”

The event will take place from September 30th-October 2nd 2012.

One of the highlights of the coming year is sure to be the Formula 1 Etihad Airways Abu Dhabi Grand Prix, scheduled to take place at the spectacular Yas Marina circuit on November 2nd-4th. 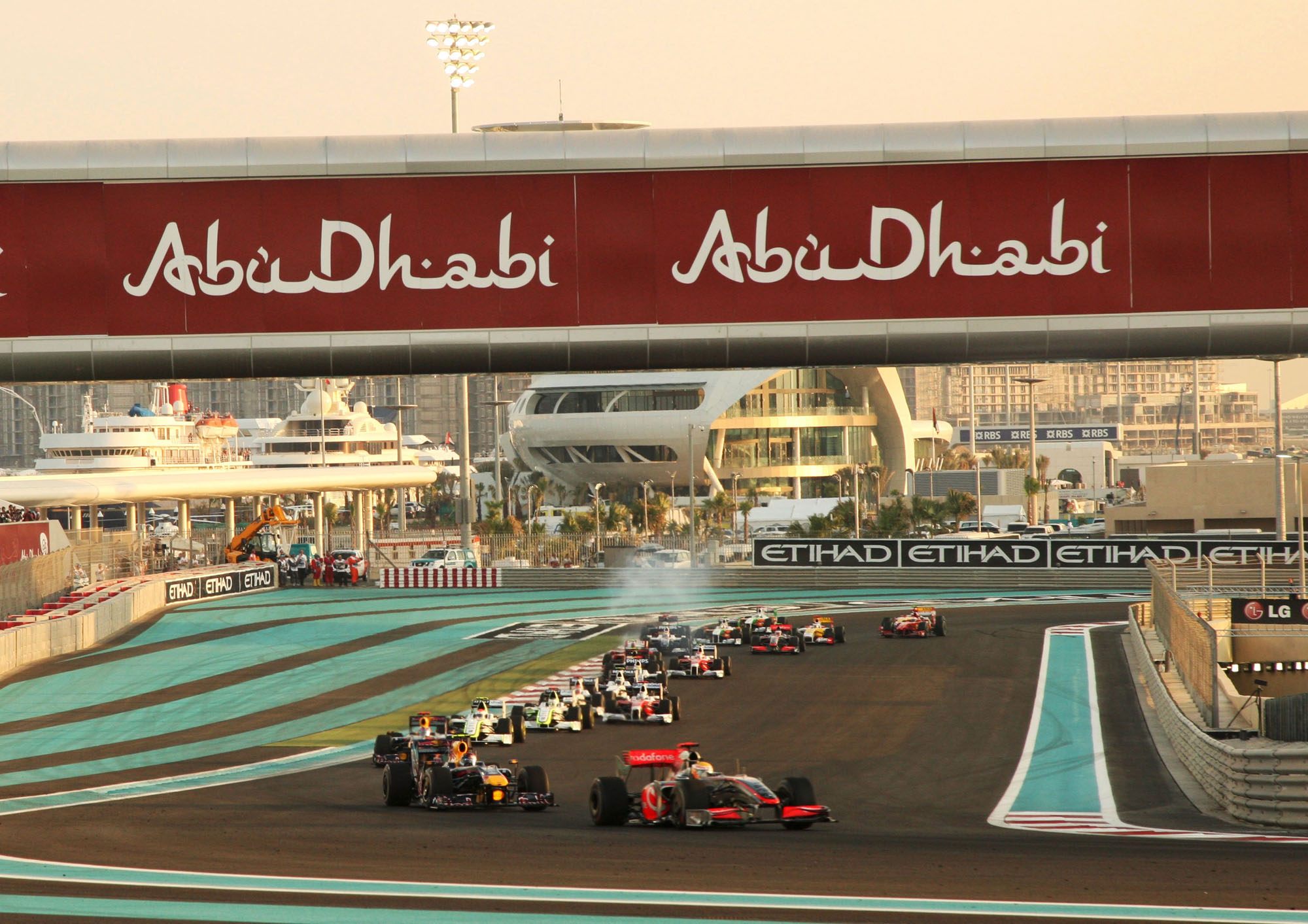 Tickets for this year’s event have already gone on sale.

Also on the horizon, the World Travel & Tourism Council has confirmed it will hold its 13th Global Summit in Abu Dhabi in April/May 2013, with ADTA and Etihad Airways set to become official hosts of the biggest annual gathering of tourism leaders.

Abu Dhabi was chosen for its compelling presentation, the enthusiasm of government and industry agencies, destination accessibility, its high standard of capability and evidence of green tourism growth as a key development strategy, the WTTC has explained.

The event is the most influential in the annual tourism calendar, bringing together almost 1,000 industry leaders to tackle some of the most pressing issues facing the industry.

Word on the Street

To get the message out, ADTCA – which was last year recognised as presenting the World’s Leading Destination Marketing Campaign by World Travel Awards – is planning its biggest overseas promotion campaign ever this year.

The dynamic line-up, which sees ADTCA visit IMEX America for the first time, takes in 16 exhibitions and eight road shows – including right here at ITB Berlin - across 18 countries before November this year.

Dates in Australia, China, Japan, Kazakhstan, Malaysia and the Ukraine are all also pencilled in. If all that wasn’t enough for Abu Dhabi to be looking forward to, Madonna has confirmed she will play Yas Island Abu Dhabi later this year.

The world’s top selling female recording artist will take the stage at the luxury destination on June 3rd as part of the Yas Island Show Weekends.

The event will form part of a world-tour to support her latest album, MDNA. Everybody from die-hard Madonna fans to music lovers and concert-goers of all generations are expected to attend the pop extravaganza.

“Extremely high profile concerts of this nature do much to spread awareness of Abu Dhabi’s tourism offering and the city’s emergence as an international entertainment destination,” says Faisal Al Sheikh, events manager at ADTCA.

“Headline concerts have proved their worth in delivering an increasing number of guests to Abu Dhabi’s hotels and this show, coming as it does in a traditionally slow month will be welcomed by all in the UAE capital’s hospitality sector.”