After years in the tourism wilderness, Zimbabwe is bouncing back strongly. According to the WTTC, its tourism economy is set to grow 6.3 percent this year. The influential travel and tourism body also predicts that Zimbabwe will continue growing at 8.2 percent per annum over the next decade, the second highest in the world after China.

The last couple of years have seen a marked improvement in the roads and food is now plentiful, thanks to the introduction of the American dollar as the currency.

Even more than shaking off the stigma of the Mugabe regime, the biggest challenge facing the country is the limited financial resources to improve the product that is available. 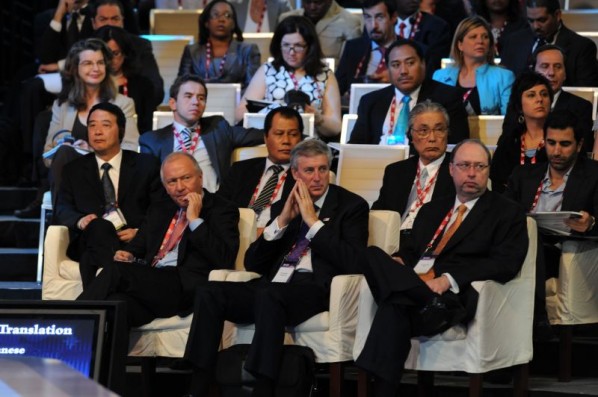 Blessed with one of the world’s great natural wonders in Victoria Falls as well as incredible game safaris, Zimbabwe’s tourism industry has plenty going for it. And with the political and economic situation improving, a number of nations including the UK and USA have lifted their travel restrictions.

With so few visiting the country, those who do can expect royal treatment. They need you. But preconceptions aside, Zimbabwe is one of Africa’s tourism jewels, offering an abundance of wildlife and a warmth of welcome that you will find hard to rival anywhere else in the continent.

Indaba 2011 earlier this month proved a fruitful show for Zimbabwean tourism, with stakeholders reporting that they have sealed a number of deals. The development has raised hopes that the country’s tourism sector is on the road to recovery after years in the wilderness.

Zimbabwe Tourism Authority Chief Executive, Karikoga Kaseke said it is clear that Zimbabwe has made a strong come back to the market as the second best tourism destination in the region after South Africa.

Wild Zambezi Operator, Ms Sally Wynn, Cresta Hospitality representative, Rusununguko Tairoodza and Khanondo Safaris and Tours representative, Forward Mutero among other operators all agreed that the Zimbabwe stand at the Indaba is filled with international buyers from around the world.

City.Mobi has launched its new guide to the capital of Zimbabwe, Harare.

Harari.Mobi is the latest in this illustrious line up, offering click to call functionality – which means no scribbling down telephone numbers.

Most entries are also linked to websites where users can quickly access more detailed information if needed. Other key features include information on accommodation, restaurants, attractions, entertainment, nightlife, shopping, and transport.