The World Travel & Tourism Council has officially handed over to Abu Dhabi the hosting rights for the 13th Global Summit to be held from 8th-10th April in 2013 following a ceremony at the close of the 2012 event.

With the symbolic handing over of a ‘globe’ to Abu Dhabi Tourism & Culture Authority’s director general, His Excellency Mubarak Al Muhairi and James Hogan, president and chief executive of Etihad Airways, the WTTC’s president David Scowsill said: “In awarding the 13th Summit hosting to Abu Dhabi we were conscious of the infectious enthusiasm of its government and industry agencies, the destination’s increasing accessibility and standards of capability and its impressive evidence of green tourism growth as a key development strategy.”

Mubarak Al Muhairi explained that the entire Abu Dhabi tourism industry is fully behind the Summit.

“We will look upon those attending next year’ Summit as partners, whether existing, or potential, and I know this is how our local industry is viewing the event,” he said.

“It is a platform for us to come together, to engage with each other and strike up new ventures, initiatives and relationships.” 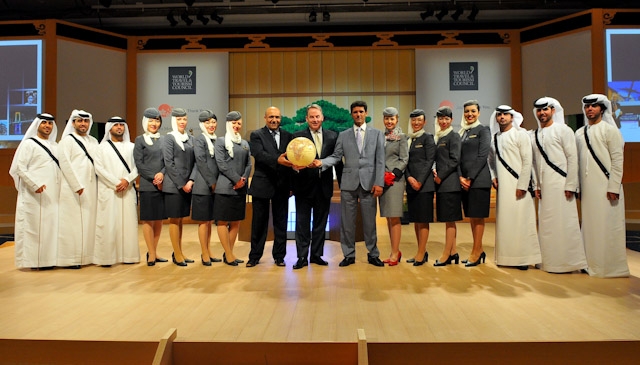 Etihad Airways will host the 2013 Global Summit in Abu Dhabi

The Abu Dhabi Tourism & Culture Authority director general added that Summit delegates would find much more to see and do in the UAE capital than ever before.

“We have many more attractions, new beach resorts on Saadiyat Island, new city centre hotels and a new golf resort.

“By this time next year, we will have opened another two major resorts – one on a beach, another fronting a mangrove forest and we will have welcomed more international names to the destination – Accor and Ritz-Carlton among them.

“Yas Island will also, at the end of this year, open the UAE’s largest waterpark.” 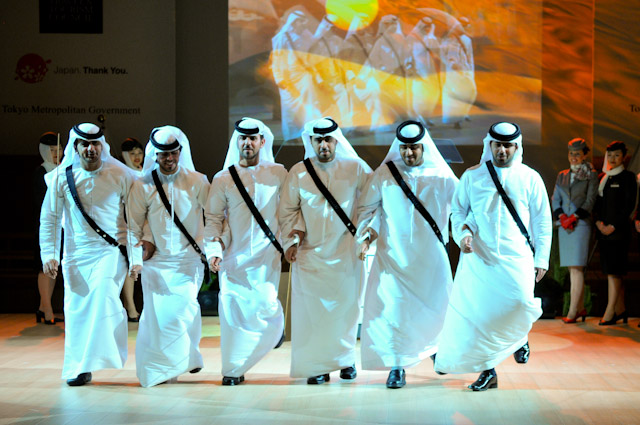 James Hogan said Etihad Airways was looking forward giving many of the WTTC delegates their first taste of Arabian hospitality on board their flight to Abu Dhabi for next year’s Summit.

“Etihad Airways has been central to the success of the UAE Government’s strategy to build travel and tourism into a major driver of economic development, bringing business and leisure tourists in their millions to the UAE capital.

“The success of this approach is a strong endorsement of WTTC policy.

“Today Abu Dhabi is an exciting place to be and I have no doubt WTTC delegates will enjoy the city’s hospitality and be amazed at its energy when they attend the summit in 2013.”

Etihad Airways is considered the World’s Leading Airline by the World Travel Awards.