Closed to the public since 2001, Eero Saarinen’s internationally-revered mid-century modern landmark will be ushered into a new life, mirroring its 1962 design aesthetic and delivering an on-site airport hotel.

“JFK Airport is one of largest international transit hubs in the world and a key driver of New York’s economy,” New York governor Andrew Cuomo said.

“The conversion of the TWA Flight Centre into a new state-of-the-art hotel will preserve this iconic landmark while cementing JFK’s status as a crown jewel of aviation.”

Handling over 56 million passengers a year, JFK International Airport serves as the region’s international gateway to the United States.

Rehabilitating the TWA Flight Centre as JFK’s first on-site, full-service hotel will provide a game-changing 21st century amenity for travellers from across the country and around the world.

“The passion for this incredible building and the outpouring of support for our plan to preserve Saarinen’s masterpiece and permanently reopen it to the public as a 500-room hotel has been astounding,” said Tyler Morse, chief executive of MCR & Morse Development, the New York-based hotel investment firm responsible for the TWA Flight Centre redevelopment.

“We are proud to play a part in governor Cuomo’s plan to revitalise our region’s airports and we are excited to get to work as we breathe new life into one of the most important buildings in America.” 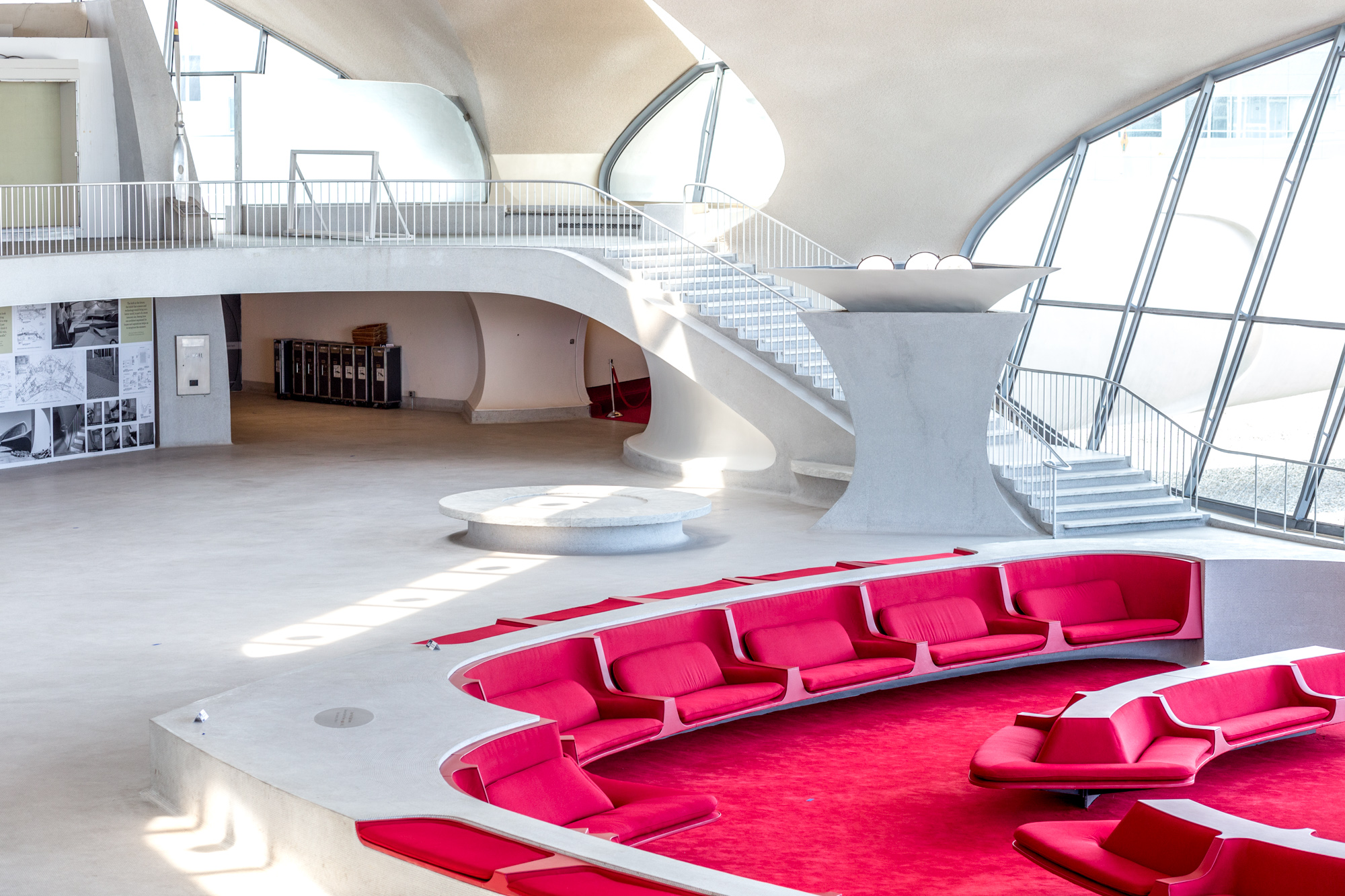 The building closed to the public in 2001

MCR Development’s conversion and rehabilitation plan, which navigated through 22 federal, state, and city agencies, will revive this world-famous mid-century landmark to its 1962 glory through an approximately $265 million privately funded investment.

The project will also include an innovative museum showcasing New York as the birthplace of the Jet Age, the storied history of Trans World Airlines and the Midcentury Modern design movement.

The TWA Flight Centre opened to critical acclaim in 1962, a year after Saarinen’s death, and served as TWA’s terminal at JFK International Airport until 2001, when it was no longer able to support modern aircrafts.

In 1994, the City of New York designated the terminal a historic landmark and in 2005 the National Park Service listed the TWA Flight Centre on the National Register of Historic Places.