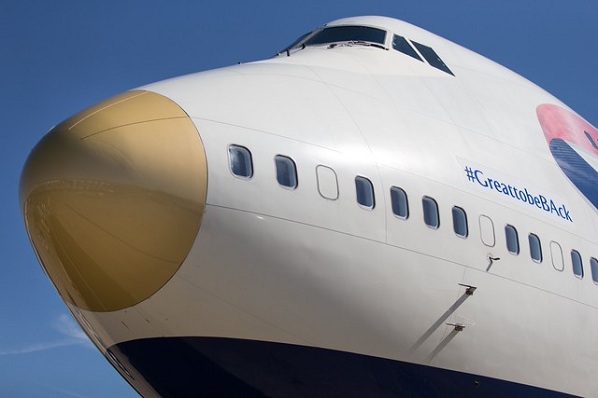 The British Airways plane flying Team GB home from the Rio 2016 Olympic Games has been named ‘victoRIOus’ by the carrier.

The gold-nosed plane will return the successful athletes to British soil today.

Britain is the first country to improve on a home medal tally at the following Games, collecting 67 to beat the 65 from London 2012.

The name, which was one of a short-list of four selected by the athletes and British Airways staff, was chosen by hundreds of fans on Twitter in a recent poll.

To mark the occasion, the VIP charter aircraft bringing the athletes home has been named flight ‘BA2016’, is decorated with a gold-nose and has its name ‘victoRIOus’ emblazoned on the side.

For Team GB’s homecoming, it also features ‘#greattobeBAck’ – a hashtag that the fans and athletes are encouraged to use.

“victoRIOus is a very fitting name, reflecting the great pride we have for our sporting heroes, and is a great play on words too.”

Bill Sweeney, British Olympic Association chief executive, said: “Though we are still deep in the middle of competing, one thing we know we will have had from start to finish and beyond is the incredible support of the Team GB fans, both in Rio and Great Britain and Northern Ireland.

“That support means everything to the athletes and for them to arrive home on board victoRIOus and share their experiences with their family, friends and fans is very special; and we thank British Airways for arranging this special plane home.”

‘victoRIOus’ will take flight again on September 20th, when ParalympicsGB return home from the Rio 2016 Games.