Officials at the Tour de France have confirmed the 100th anniversary of the event will remain exclusively on French soil.

Taking place from June 29th–July 21st 2013, the event will be a key staging post as the sport of cycling attempts to fight back from the Lance Armstrong scandal.

However, the British rider seems to have a harder task on his hands in 2013, with a more mountainous course potentially favouring climbers such as Alberto Contador and Andy Schleck.

After a start in Corsica, the Champs-Elysees will welcome riders to the finish in Paris on July 21st. 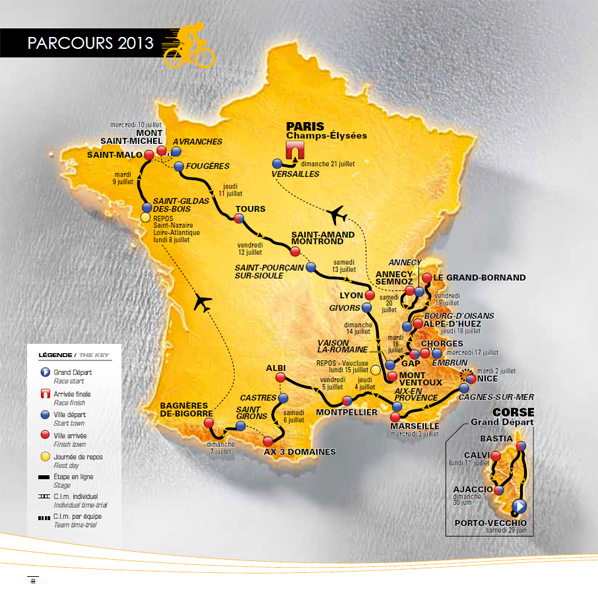 The route takes in 3,360 kilometres of French terrain, with hundreds of thousands of spectators expected to line the route.

Early favourite Contador won the Tour in 2007 and 2009 will return in 2013, after the Spaniard missed the 2012 edition as he was serving a two-year doping ban.

Luxembourg’s Schleck - crowned champion in 2010 after Contador was stripped of his title - missed out through injury.

Cycling has been in the headlines for weeks after Lance Armstrong was stripped of his seven titles for doping.