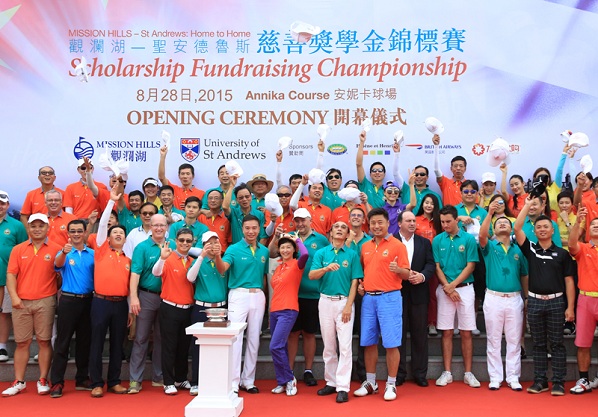 Underlining Mission Hills’ commitment to grow the game, the event was inaugurated in 2013 when St Andrews University was celebrating its 600th anniversary.

The aim of the annual gathering remains to offer top-level education to academically gifted Chinese youngsters seeking to carve a career for themselves in the Royal and Ancient game.

Mission Hills will also provide funding for a minimum of one semester and this can be extended to a whole academic year of a full degree course.

The student will also be considered for acceptance into the University of St Andrews’ Saints Golf Programme for the duration of the overseas study term.

“Both Mission Hills and the University of St Andrews share a commitment to grow golf in China by providing the talented young Chinese players access to a world-class university to study and improve their game.

“We feel strongly that a sustainable long-term future for golf in China depends on growing the game at the grass-roots level. This programme is a significant investment in that future.”
Played over the Annika Sorenstam-designed course at Mission Hills Dongguan, the tournament attracted nearly one hundred players.

The tournament is part of a programme of activities and exchanges between Mission Hills and the University of St Andrews.