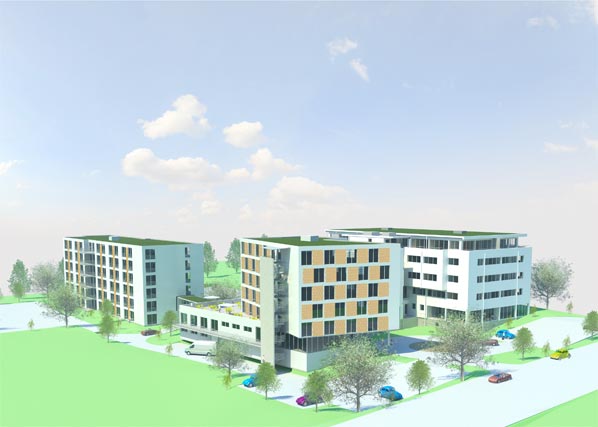 InterContinental Hotels Group has announced the signing of two Holiday Inn hotels under its eighth multiple development agreement in Germany.

The 93-room hotel will feature the brand’s signature Open Lobby, as well as an all-day dining restaurant and four conference rooms.

Dresden is regaining its cultural importance as a centre for art, architecture and music and is growing in popularity as a destination for business and leisure guests.

This historical city is home to the Saxon State Opera, several museums and over 13,000 listed cultural monuments.

The hotel occupies a great location nearby Dresden University of Technology on Bamberger Street.

Holiday Inn Dresden - Am Zwinger is also due to open in the city in 2015.
Meanwhile Holiday Inn Villingen-Schwenningen will be a new-build property opening in 2016.

The hotel will feature 178 rooms, a gym, an Open Lobby and extensive conference facilities with more than 500 square metres of conference space.

Located between the Villingen and Schwenningen municipalities, Holiday Inn Villingen-Schwenningen is the first IHG hotel to be developed in the area.

It is conveniently located right next to one of the new and leading hospitals and research institutions on Schwenninger Street and is only four kilometres away from Villingen-Schwenningen train station.

The district’s stunning surroundings - the Black Forest, the mouth of the River Danube and Lake Konstanz (Bodensee) - attract a steady flow of domestic and international travellers.

Martin Bowen, associate vice president of development, Germany, IHG said: “We’re delighted to have signed our eighth MDA in Germany and look forward to working with FFF on these projects.

“MDAs are proving to be a key driver in accelerating our growth and that of our owners’ in Germany.”