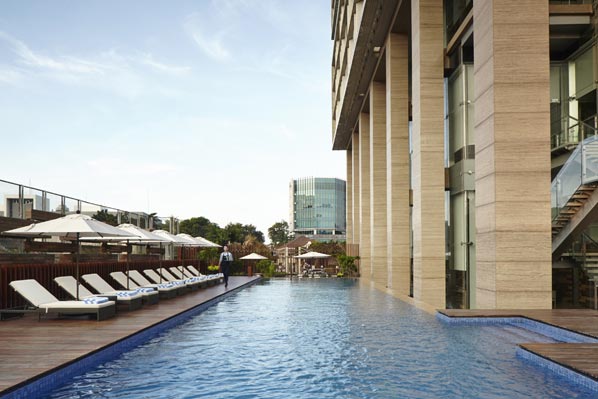 The hospitality arm of the Frasers Centrepoint Group plans to grow its footprint in Indonesia with the opening of another six properties in the nation’s capital by 2017.

Properties outside Jakarta are also in the pipeline.

In total, Frasers Hospitality will have an inventory of ten properties and over 1,700 serviced units in Indonesia.

With the increased Fraser presence, travellers can look forward to enjoying ten Gold-standard serviced residences in the Indonesian capital within the next three years.

“The Indonesian government forecasts GDP to grow 5.6 per cent in 2015.

“With its strong growth – GDP is projected to grow annually at 3.07 per cent until 2030 – and arrivals growing at about ten per cent each year, the country offers great potential for our Fraser brands which target professionals, managers and executives travelling on medium-term work projects.”

Indonesia has a masterplan to grow to become one of the ten largest economies by 2030.

“We believe the Fraser Residence blend of comfort and security makes it ideal for business travellers who want a private sanctuary in the heart of the city.”

As Frasers Hospitality’s footprint expands in Indonesia, the other Fraser brands will also make their mark in the country: Fraser Suites, Fraser Place and Capri by Fraser, a design-led hotel-residence aimed at the millennial business traveller.

While it is in the heart of the business district, Fraser Residence Menteng is an oasis from the hustle and bustle of the city for its guests.