Airbus has announced that the A220 family, the newest addition to its single-aisle portfolio, will be offering an increased range starting from early next year.

The A220 aircraft maximum take-off weight is now confirmed to increase by 2,268 kilograms (2.3 metric tonnes).

“This new maximum take-off weight will allow operators to reach markets which today cannot be served by other small single-aisle aircraft types.”

The performance increase is achieved by taking credit of existing structural and systems margins as well as existing fuel volume capacity.

This will allow airlines to tap into new routes that were not possible before, connecting key cities in western Europe with the Middle East or from south-east Asia to Australia. 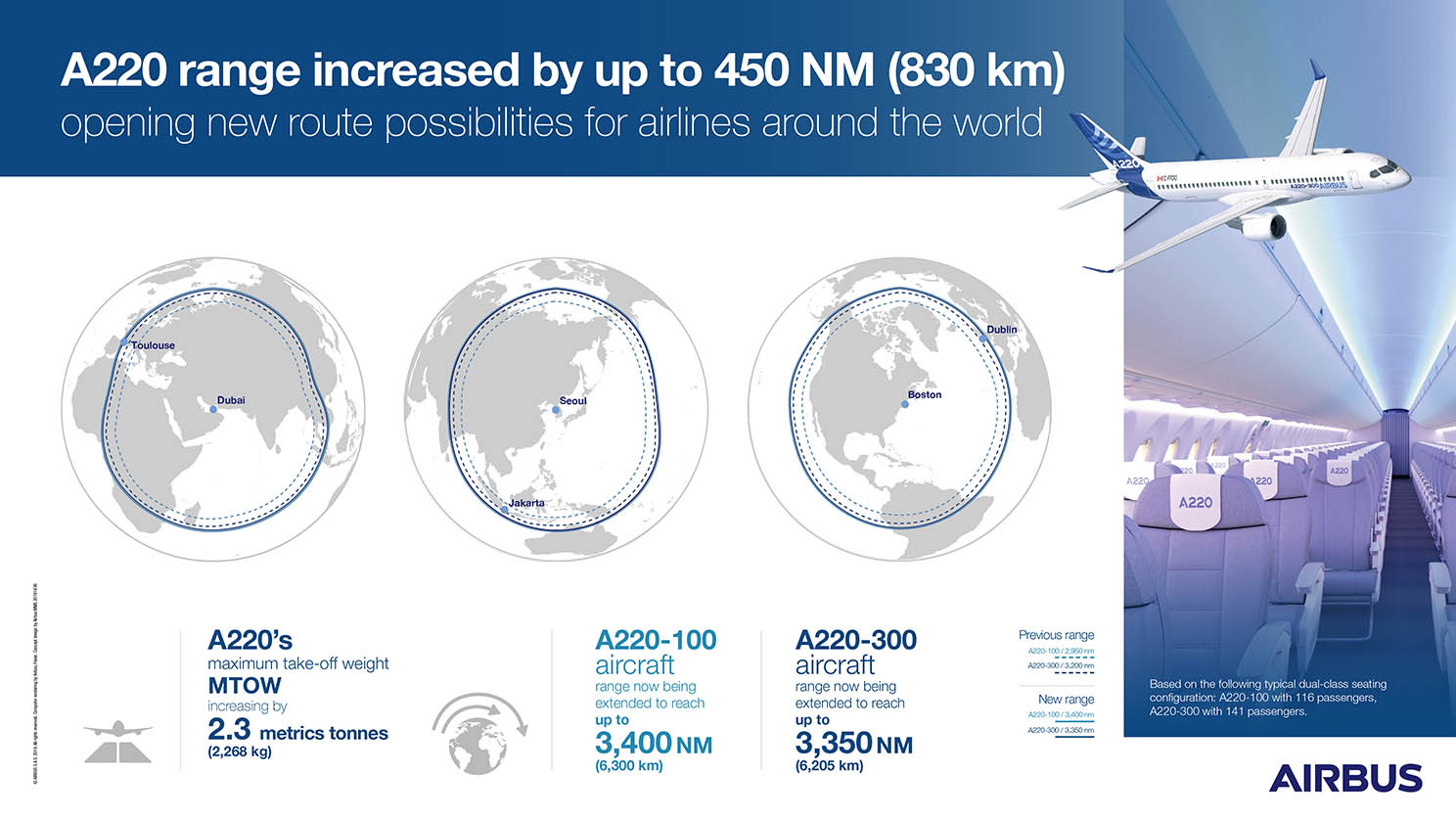 “Since its entry-into-service close to three years ago, the A220 aircraft has already proven that it is meeting or beating its initial performance targets, bringing more flexibility and revenue potential to customers,” said Rob Dewar, head of engineering and customer support for the A220.

“Today, Airbus is reinforcing its confidence in the A220 platform and further enhancing its capabilities to meet upcoming market requirements.”

The A220 has been purpose built for efficiency.

With an order book of over 530 aircraft to date, the A220 has all the credentials to win the lion’s share of the 100- to 150-seat aircraft market, estimated to represent 7,000 aircraft over the next 20 years.