Turkey has become one of the biggest success stories of late having emerged as a sound economic marketplace, partly driven by the highly successful tourism industry.

According to the United Nations World Tourism Organization’s ‘Tourism Highlights Edition,’ Turkey crept up a notch in 2011 to sixth place with 29.3 million visiting tourists. In 2010 it ranked seventh place.

Turkey is the only country in the United Nations World Tourism Organization (UNWTO) list that moved up among the top ten rankings from seventh to sixth place in 2011.

Meanwhile over 17 million international tourists visited Turkey between January and July this year, according to figures released by the tourist board with June peaking at 3.88 million visitors marking a 2.7% increase compared to the previous year.

Fuelling the growth is the country’s tourism jewel of Antalya, with its incredible beaches, climate history and hotels.

And at the forefront of all of this, is the resplendent 546-room Mardan Palace, which is surrounded by the dramatic Taurus Mountain range. 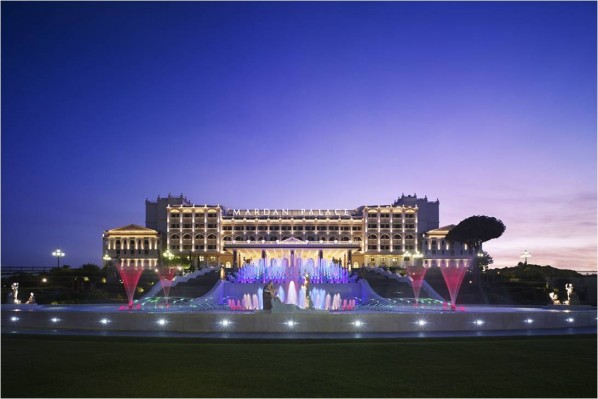 Since opening its luxurious doors in 2009, royalty, statesman and celebrities are among international visitors who have flocked to the get a glimpse of the Mardan Palace.

Paris Hilton, Mariah Carey, Sharon Stone and Richard Gere were among those who attended the extravagant opening ceremony, a true sign of what was to come.

Hailing a return to the opulent, golden age of the Ottoman Empire, the property is the vision of Telman Ismailov, chairman of Russia’s biggest property developers AST, who fell in love with the region.

Designed with Turkish heritage in mind, Mardan offers quirky services and features for its guests including gondolas that sail around the largest swimming pool in Europe, an underwater fish restaurant with aquariums and a dramatic amphitheatre. 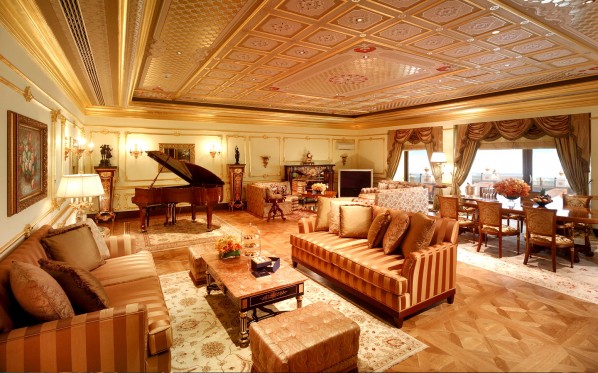 Commenting on the climbing visitor figures to Turkey, Cumhur Özen, the general manager of Mardan Palace commented: “Turkey combines natural beauties with its 10,000-year-old heritage. Thus giving today’s travellers a unique opportunity to learn and enjoy the life and culture in this destination.”

“An increasing number of visitors and worldwide property owners are discovering that there’s a great deal more to this country than its fabulous beaches.

“Turkey is a vast country with unique natural landscapes and a rich history and culture, the remains of the stability at economic and political situations attracts investors to make a settlement for the growth of their business.”

A wave of visitors, which has undoubtedly contributed to Turkey’s success on the global stage has also resulted in plans for expansion at two of Turkey’s airports. 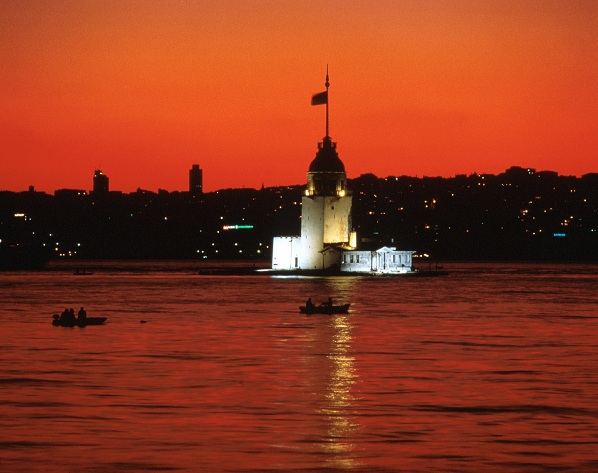 Leanders Tower is one of Istanbul’s popular attractions

Within a year Istanbul’s Ataturk Airport will double its capacity to 70 aircraft an hour with a new fourth runway meeting its estimated needs for the next 10 years.

A new terminal opened at Bodrum’s Milas airport in May with a capacity of up to 5 million passengers and serving around 40 destinations.

A number of carriers seeking to take advantage of these airport developments have announced new routes recently.

In addition to this, the Turkish carrier launched Edinburgh flights in July, four times a week.

Pegasus Airlines increased flights to twice daily in April 2012 flying from London Stansted to Istanbul and onto connections around Turkey and internationally. 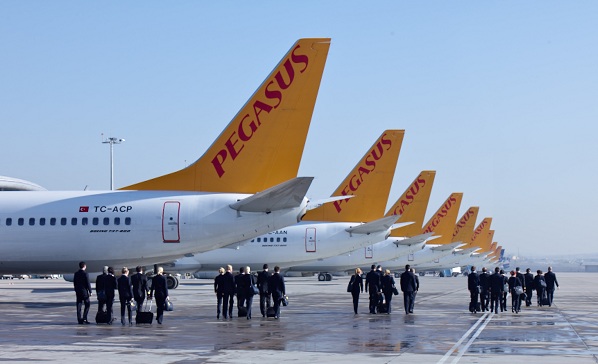 Meanwhile Jet2 recently launched new flights to Bodrum on the Turkish coast from Glasgow Airport and increased the number of flights to both Bodrum and Dalaman from Leeds Bradford Airport. The leisure carrier is offering flights to Bodrum twice a week while those to Dalaman are up to four times a week.

Atlasjet recently launched flights from London Stansted to both Istanbul and Antalya. Flights to Istanbul’s Ataturk Airport are running six days a week, with those to Antalya running on Saturdays. It is also possible to connect on to North Cyprus’ Ercan Airport with the new Istanbul flights.

Although tourism is certainly booming for the destination, it has not all been plain sailing. Commenting on some of the geopolitical events of the past few months, Cumhur explains: “The effects of Arab Spring has had both negative and positive impact for Turkey’s tourism.

“But so far losses were greater for hoteliers and agency owners who did not calculate the aggressive sales strategies that competitive destinations would roll out.”

“The unrest in countries such as Tunisia, Libya and Egypt as well as the crisis in Japan, combined with the economic crises made the beach resorts of Spain, Portugal and Greece even more popular than usual.

“This has become a budget travel opportunity for travellers nowadays because of discounted prices and package tours”.

But despite the competition, Mardan continues to wow its guests, scooping a number of awards and gaining industry acclaim.

“Breathtakingly and unashamedly grandiose Mardan Palace has done more than simply wow to its guests ....it has garnered acclaim from industry experts, scooping 15   World Travel Awards in less than 3 years operation.” Reveals Cumhur.

“This is the result of team spirit and collaboration.” Cumhur added.

For the lowdown on what’s hot in Antalya, check out Antalya.City.Mobi.