Fifa officials have downgraded the number of people expected to travel to South Africa for the World Cup to less than half the original half million estimate.

The combination of the global financial crisis, the expense of flights to and within South Africa and concerns about hotel prices and crime has led to a huge drop in demand for tickets.

Delia Fischer, a spokeswoman for Fifa, told Breaking Travel News: “In 2004 the Department of Tourism estimated 450,000 international visitors for the FIFA World Cup.

“Taken the current economic climate we do envisage less than the original estimated international visitors, however, at this stage we need to await an updated study by the Department of Tourism and before being able to give a precise updated figures.”

The fall will dramatically cut the economic boost South Africa was expecting from the month-long tournament, which kicks off on June 11.

Previous estimates have suggested the World Cup would boost the South African economy by up to £2bn.

Tourism industry officials said the figures were a disappointment.

“They are lower than we expected,” said Kagiso Mosue, spokesman for the Tourism Business Council of South Africa, speaking to the Daily Telegraph.

Michael Tatalias, chief executive of the Southern Africa Tourism Services Association, said: “It’s very disappointing, it’s certainly not what we anticipated a few years ago but it’s inevitable because of the economic climate.”

However, despite the news, chief executive of Johannesburg Tourism Company, Lindiwe Mahlangu-Kwele, said the World Cup would still provide a huge boost for the city.

“This is a lifetime ambition but, more importantly, the event will change the geopolitical face of our country,” she said.

“It will dispel the myths and stereotypes about our ability as a country as people get a first-hand understanding of who we are as a nation.

“More importantly, it’s the lasting legacy beyond 2010; the world-class services, infrastructure, the diverse range of graded accommodation stock, and the skills we will have learned as an extremely patriotic nation who will show the true warmth and hospitality of our country.” 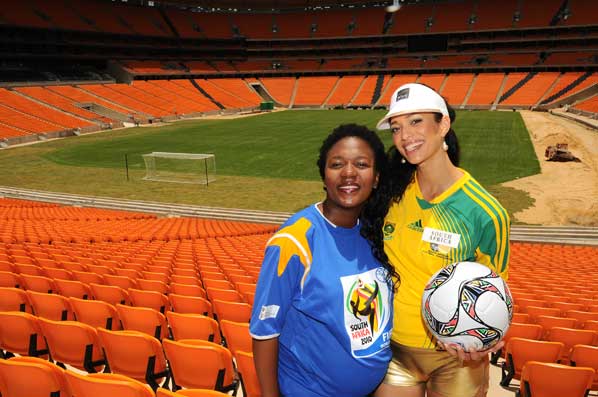 These warm sentiments were recently echoed by President Jacob Zuma, who empathically stated the city would be ready to host the world’s largest sporting event.

Opening the newly-constructed Central Terminal Building at the renovated OR Tambo International Airport, Mr Zuma said: “You can see when we say we are ready it is not just rhetoric. We mean what we say.”

“Let us also note the infrastructure we have created for this event will be a lasting legacy for South Africa.”

All will be in town from July 5th to conduct future business, source new contacts and markets and gain invaluable insights from the advanced knowledge of industry leaders and figureheads.

Some 20,000 visitors are expected to attend the landmark five day exhibition; all of whom will be ready to enjoy a showcase of the most rapidly growing sector in the global travel and tourism industry.

“Sport, sport events and travel and tourism are inextricably linked - so the inaugural World Sport Destination Expo is a vital event for those companies involved in this marketplace, and for those serious in procuring a market share of the $600 billion a year industry,” said Taleb Rifai, secretary-general of the United Nations World Tourism Organisation.

WSDE is fully endorsed by the leading authorities in sport, travel and tourism and is uniquely located at the SCC, Johannesburg, for the final week of the 2010 FIFA World Cup (July 5th-9th). 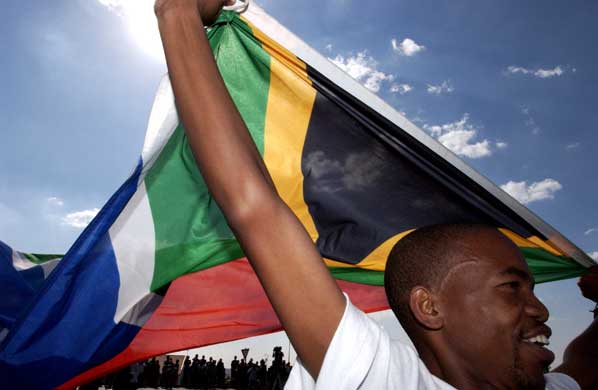 Local fans snapped up 53,000 tickets during the first day on sale

The WFH will be at the SCC from June 9th, and will be home to 32 national pavilions - one from each of the countries taking part in the biggest televised sporting event on earth. Organisers say the location will become a true global village for hundreds of thousands of international football fans expected for the month-long event.

WFH will provide the perfect environment for fans to get a unique insight into the differing cultures of the participating teams.

It will be the place to be for meetings, events and promotions – all under one roof. As the host city for the opening and closing games as well as 15 other matches throughout the tournament, Johannesburg is perfectly placed to host the WFH.

Each individual football house will be built to a tailored specification to allow each country to showcase the best from their respective country.

Johannesburg is also likely to be right at the heart of the sporting action, playing host to FIFA headquarters for the duration of the tournament, as well as their commercial sponsors and partners.

The city will also house the International Broadcast Centre, accommodating up to 22,000 international media, ensuring it will be the hub for both fans and corporate visitors.

World Travel Awards
Finally, the global travel and tourism sector will also be celebrating in Johannesburg during July, as the World Travel Awards host a gala dinner to celebrate the very best in the industry.

With the nominees announced earlier today, some 400 of the top names from around the continent are now battling it out to take their place on the top table.

A full list of contenders for the top prizes can be seen here, while eligible voters can head over to the WTA website ahead of the event at the Sandton Convention Centre on July 7th.