Two weeks on from the 2010 General Election the new coalition government has presented its full legislative programme. But what does this mean for the UK travel sector? Breaking Travel News Junior Editor Chris O’Toole takes a look.

Following innumerable smoke-filled backroom deals, the Conservative and Liberal parties have put forward their joint legislative agenda – covering taxation, defence, welfare and everything in between. But, with travel hardly mentioned during the campaign, what has the change of government done for the sector?

Well, perhaps the biggest departure is the scrapping of a proposed third runway at London Heathrow Airport. Already the busiest international airport in the world, the previous Labour government had planned to extend the BAA owned property despite fierce environmental opposition.

The coalition government has abandoned this plan, while also committing to “refuse permission” for additional runways at Gatwick and Stansted airports.

In place of these infrastructure developments the coalition is offering the construction of a high speed rail network, designed to fulfil ambitions for a low carbon economy.

“Our vision is of a truly national high speed rail network for the whole of Britain. Given financial constraints, we will have to achieve this in phases,” explains the coalition programme. 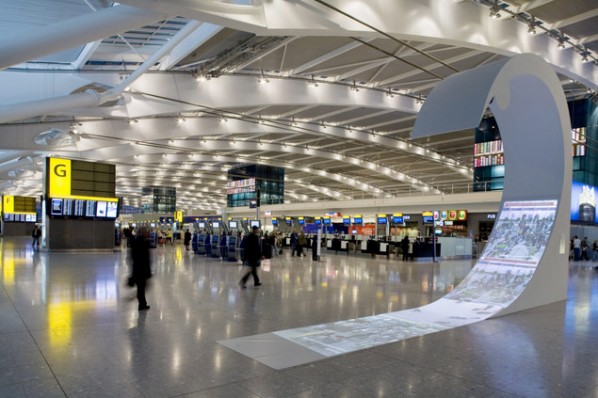 With Terminal 5 opened in 2008, further expansion had been planned for Heathrow

Perhaps more popular with the travel sector is a promise to reform Air Passenger Duty (APD). The wildly unpopular tax – branded by many as a ‘tax on tourism’ – will be replaced with a “per-flight duty”.

“We will reform the taxation of air travel by switching from a per-passenger to a per-plane duty, and will ensure that a proportion of any increased revenues over time will be used to help fund increases in the personal allowance,” continued the programme.

The tax has been virtually universally criticised by tourism insiders, pushing up the cost of air travel, with little tangible benefit to government environmental policy.

The move has already been welcomed by easyJet, who said in a statement: “It’s now time to act and make APD a fairer and greener tax without increasing the tax burden on the flying public.”

Finally, the coalition government has issued a somewhat vague promise to: “Take steps to improve the competitiveness of the UK tourism industry, recognising the important part it plays in our national economy.”

What this means in practice remains to be seen, but the Conservative party scored one victory during the camping, preventing the outgoing Labour government from repealing tax breaks for furnished holiday home lets.

Overall, its looks like a case of one hand giveth, the other taketh away.

Following a hard fought victory, airlines are unlikely to be pleased with the scrapping of Heathrow’s third runway. Business leaders are also likely to be dismayed, citing damage to Britain’s international competitiveness.

Yet, it is difficult to see demand for an increase in capacity abating, with a chance of expansion in the next parliament.

Proposed changes to APD will be welcomed, along with a commitment to “improve the competitiveness” of UK tourism. At present these remain mere ambitions, however, so the coalition will have to move fast in order to win the support of a beleaguered industry.