Christchurch, New Zealand, is preparing to move into a new era that will build on its ‘garden city’ heritage to create an accessible low-rise modern central city framed by green spaces - a people-friendly ‘city in a garden’.

Recently unveiled plans for the new city blueprint reveal the shape of the post-quake 21st century city that is bordered with green spaces and capitalises on the picturesque Avon River as it meanders through the city.

The smaller central city area, with 28m height or eight storey limit on new buildings, clusters around the city square and flows into precincts for health, arts and entertainment, shopping, justice and emergency services. Pedestrian areas

The plan includes major infrastructure such as a covered 35,000-seat sports stadium, a 2000-capacity convention centre overlooking the Avon, a huge aquatic and indoor sports facility, and a central library.

It also calls for residential redevelopment with urban living spaces.

The city rebuild is scheduled to be underway by the end of this year. 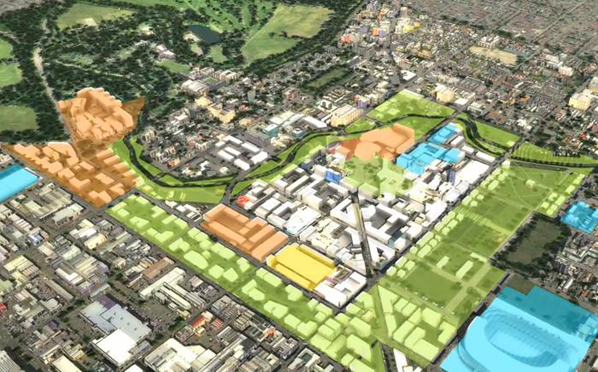 Notable new inner-city features will include a Maori cultural centre and memorial to the victims of the February 22nd, 2011 earthquake.

The stadium will be located within a short walk of the new city square and cycle ways will link sprawling Hagley Park to the downtown area.

Shops, restaurants, bars and cafes were expected to line the river’s edge, and be integrated into the sports venues, in a push to make the revitalised city “very much like Melbourne”, New Zealand prime minister John Key said at the unveiling earlier.

Prime minister Key said it was important to identify sites for the major new projects so that private developers could begin planning hotels, restaurants and shopping areas to complement them.

“I am delighted to see this plan for new development and to know that construction will soon be underway to rebuild my old hometown,” Key added. 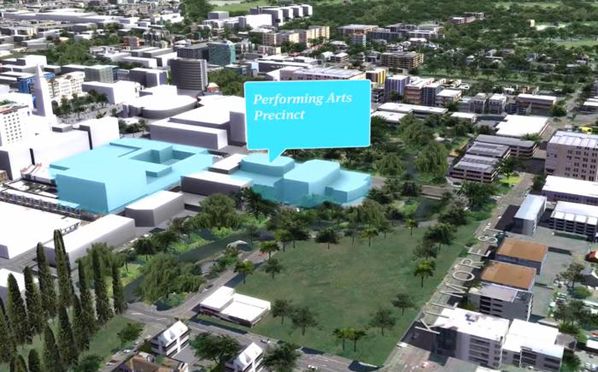 “This blueprint sets out a very clear vision for the central city and really shapes Christchurch as a city of the 21st century - a place where everyone will want to come and stay,” Hunter added.

“It keeps the best of the Garden City’s urban layout our forefathers created, enhancing the ‘city in a garden’ image by adding more parks and by shrinking the size of the CBD into a more compact, people-friendly space.”

“Few other cities in the world would have as many top-class facilities within such a small geographical area,” he said. 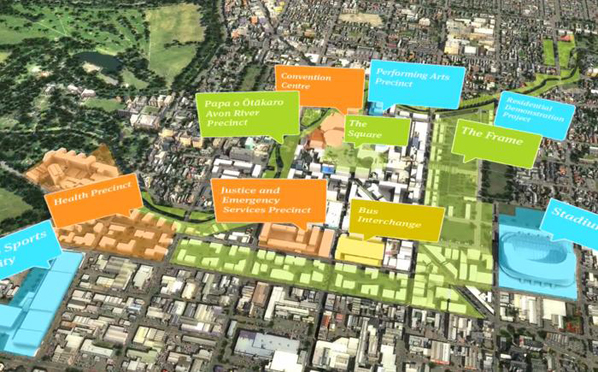 The new green ‘frame’ is part of the blueprint for rebuilding Christchurch’s central city by the New Zealand government agency charged with overseeing the city’s recovery.

Elements of the plan include: