With ITB China set to make its debut in early May, Eleanor Hawkins was invited to visit Shanghai as preparations for the event reach a crescendo.

Here we find out what she found in this sprawling megacity.

From art to architecture, and from food to fashion, the city is an exciting, cosmopolitan place.

After dark, the skyline is just as spectacular as you might imagine.

Millions of LED lights adorn the hundreds of futuristic skyscrapers, while the glowing traffic creates a Blade Runner-esq cityscape.

It was easy to believe I was living in the future.

For the creative, Shanghai has a booming domestic art scene, with galleries lining the streets.

Head to the industrial district M50 to explore the studios and small galleries of hundreds of working artists.

For established, internationally famous artists, ShanghArt has three locations across the city.

James Turrell is currently exhibiting his light installations at the Long Museum (West Bund), while there will be rotating exhibitions throughout the year. 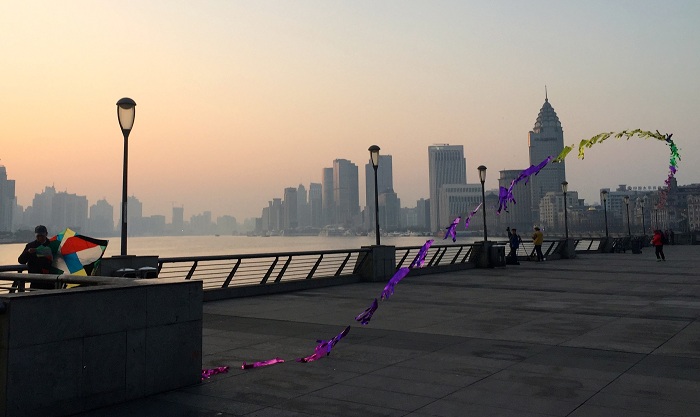 Occasionally it can feel like Shanghai has bulldozed its past to carve out a futuristic city.

However, historic pockets can still be seen around town with stately art deco buildings on display.

Carved Neolithic jade, exquisite ceramics, and an incredibly comprehensive history of cast bronze are all housed in the Shanghai Museum on The People’s Square, to satisfy some of your historical cravings.

Pudong, the financial district on the east bank of Huangpu River, is also an awesome sight to behold.

Farmland until after the 1990s, the area is now packed full of gleaming skyscrapers.

Looking out from the newly opened Shanghai Tower, views across the city from the highest observation floor in the world are a humbling sight to behold.

The famous Oriental Pearl TV Tower takes centre stage and is flanked by the ‘big three’: the second tallest building in the world, the Shanghai Tower, the Shanghai World Financial Centre (aka the Bottle Opener), and Jin Mao Tower.

The best views of Pudong can be found across the river on the Bund.

A Saturday morning sunrise was well worth getting up for and I was joined by joggers, local kite flyers and people practicing martial arts against the futuristic backdrop of the city - a different, sparser crowd to the hordes of tourists who will later descend on the area. 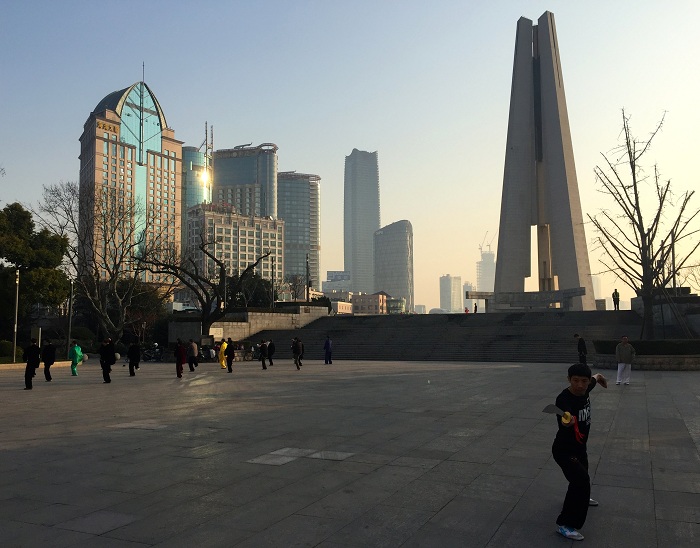 The influence of the French, British, Japanese and Americans can still be felt.

Prices are seldom cheap, and quality can occasionally be questionable, so bartering is advised at market stalls.

What struck me on my visit to the world’s most populous city, was just how few people their seemed to be.

Above ground, away from the tourist hotspots, the streets were often almost deserted.

And then you head into the Metro!

A comprehensive, ever expanding matrix of 14 underground train lines, malls and eateries, the city’s population of 25 million can certainly be felt here.

Tickets cost pocket change and it’s the fastest way to get around the city.

Taxis are also affordable and available after the metro closes; having the street name you want written in Mandarin is a useful tip.

The mammoth task of organising so many people into a functioning, booming city is no mean feat and is explored at the Shanghai Urban Planning Exhibition Hall. 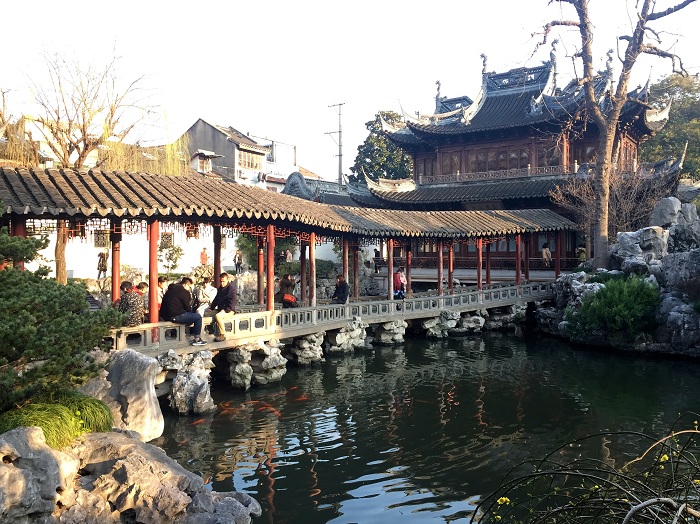 Food is a celebrated part of any visit to Shanghai; I tried a plethora of local delicacies during a traditional banquet at Ascot House – Shanghai’s oldest hotel.

Or, for a more down to earth dining experience, try one of the ample hotpot restaurants dotted across the city for a delicious assortment of meat, fish, mushrooms and vegetables cooked on your table in the mouth-numbingly hot, or deliciously creamy, simmering broths of a hotpot.

And street food venders offer a wide variety of local delicacies including delicious steamed buns, which can be picked up for 1RNB (£0.12) in residential neighbourhoods. 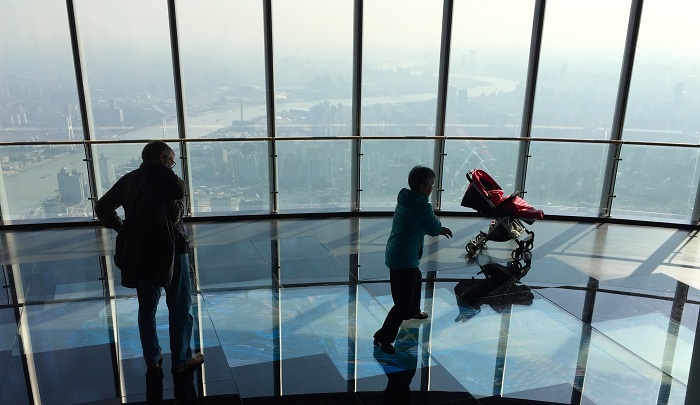 There are ample opportunities for high-end designer shopping across the city – including at the Jing An Kerry Centre.

Opened in 2014, it houses luxurious shopping brands, restaurants and a Shangri-La Hotel.

For traditional silk scarves (actually made from silk), head to the department store at Yuyuan Bazzar.

The ‘new-old’ buildings of the market house electronics, souvenirs, clothing and food stores.

And surround the (old-old) buildings of the ornamental Yu gardens, built during the Ming Dynasty by the son of a minister.

The beautiful, well-maintained gardens offer a welcome cultural break from shopping and entrance is a reasonable 30 RNB (£3.75). 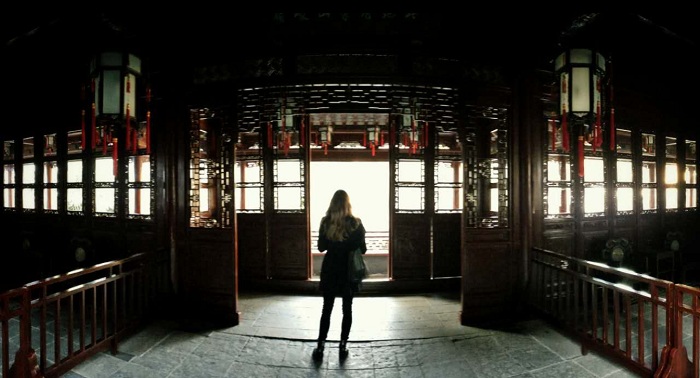 I visited in early march and there’s still a chill in the air and occasional rainstorm in Shanghai.

The city can also become uncomfortably hot in the summer months, while temperatures can fall to one degree in the winter.

Spring and autumn are ideal times to visit, but become even more congested with tourists.

A trip to the Chinese Embassy is required for a visa into the country, along with a comprehensive application form, letter of invitation from your hotel and upward of £85 for a visa.

Ensure all your documents are in order as the process is very thorough and return visits to the embassy can become a chore!