Arriving at Helsinki Helsingfors is quite the experience in itself.

Located in the Kluuvi district of the Finnish capital, the station is the focal point of the city, with all the major transport arteries originating here.

Four granite statues, designed by Finnish sculptor Emil Wikström and known as the Stone Men, guard the entrance, watching over passengers as they begin their journeys.

Walking out into Rautatientori, the square surrounding the station, it is just a short hop to my home for the night, Scandic Paasi.

Part of the rugged granite building known today as Paasitorni, the grand exterior was originally designed by architect Karl Lindahl.

At the time of its completion in 1908, it served as Helsinki Workers’ House, with the façade made of stone hewn from rock located on the site.

In terms of its architectural style, the oldest part of Paasitorni represents late Art Nouveau, while more recent extensions represent the Nordic Classicism of the 1920s.

Paasitorni’s city block has subsequently been supplemented with an additional modernist building completed in 1955, while the building housing the hotel was completed in 2012. 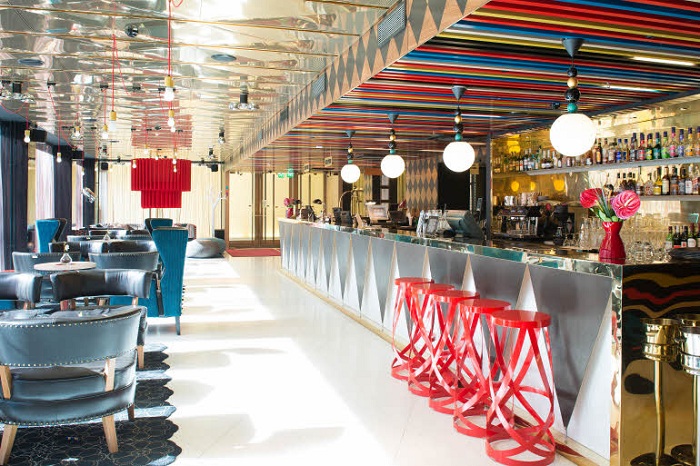 The colourful reception at Scandic Paasi

Walking through the front entrance in early April, however, at it is quickly evident this is a thoroughly modern property.

Scandic Paasi is deliciously stylish, with the circus located on the spot in the nineteenth century functioning as the greatest source of inspiration for the interior.

This translates to stark colours, reds and turquoise offset against black, and a close eye for design, with furniture taking on a host of florid shapes.

The feel is very much of Tim Burton’s take on Alice in Wonderland, with a slightly madcap air to the place.

Check in is polite, quick and easy, before I head upstairs to my room.

Spread across the interior of three buildings within Paasitorni, each of the 170 rooms tells its own story, breathing the atmosphere of the 1920s, 1950s or 2010s.

A bag of liquorice sweets greets me on arrival, as it does everywhere, strangely, in Helsinki, while everything in the room is of the highest order.

There is a mini kitchen, with a microwave, plates and cutlery, meaning cost-conscience travellers can cook at home to keep prices down, while others might wish to just whip up a snack.

A huge television hangs on the wall, while there is ample desk space for business travellers wishing to work.

There is also oodles of space.

I have always found hotels that advertise themselves in terms of floor space slightly suspicious, as though they have something to hide.

Here at Scandic Paasi there are no such concerns, with acres of space to roam around in. 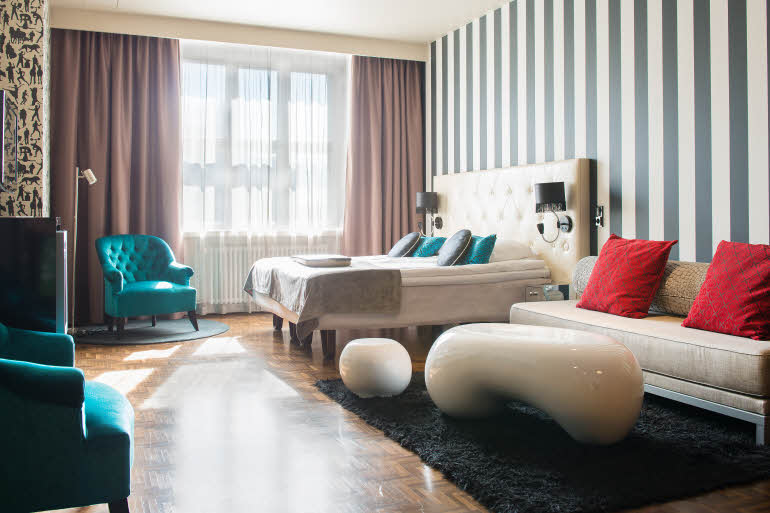 With its central location, the hotel is also a great base from which to explore the city.

Head back toward the central station and all the main attractions are within easy walking distance.

A must see is the Ateneum, part of the Finnish National Gallery, which presents a range of beloved classics from the nineteenth century to the present day in a suitably austere environment.

A short walk away, Helsinki Art Museum is the focal point for a collection of some 9,000 works, many of which are spread around the city, while the Exhibition Centre Weegee is home to a further four museums.

Temppeliaukio Church is also worth a visit, with the building carved directly into the rock.

All of these, as well as many more, are accessible for free with a Helsinki Card, a neat little scheme to save money, time and energy during a visit.

The system also allows for free travel on local buses and trams, as well as the trip to the airport, meaning a card more than pays for itself if you are in town for a day or two.

Helsinki itself is actually fairly small and it should take the bustling traveller no more than two days to see the majority of the sites of interest. 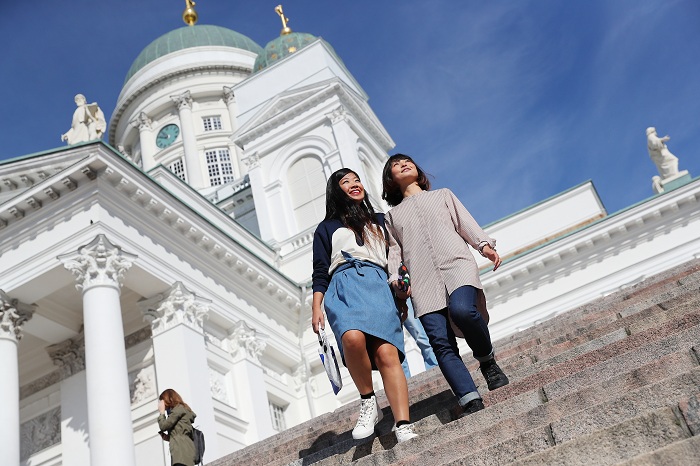 Helsinki is a great location for a weekend city break

Back at Scandic Paasi after a hard day on the tourist trail, it is time for dinner.

At the traditional Juttutupa restaurant, guests can spend a relaxed evening listening to live music, while Ravintola Graniittilinna, with its subdued stylishness, offers a high quality menu for the international pallet.

Outside, floating in Eläintarhanlahti Bay, is seafood restaurant Meripaviljonki, offering views from the large panoramic windows over the crystal clear waters.

At breakfast guests can head downstairs to help themselves to a tasty mix of healthy and delicious food.

For music fans, a touch of Kings of Convenience – purveyors of Scandinavia’s finest melodic folk – is also a nice touch over breakfast.

Checking out, a digital form pops up in my inbox allowing me to do the necessary and waltz out the door without a care.

A quirky, intriguing hotel with a historic touch in a great location to explore Helsinki. 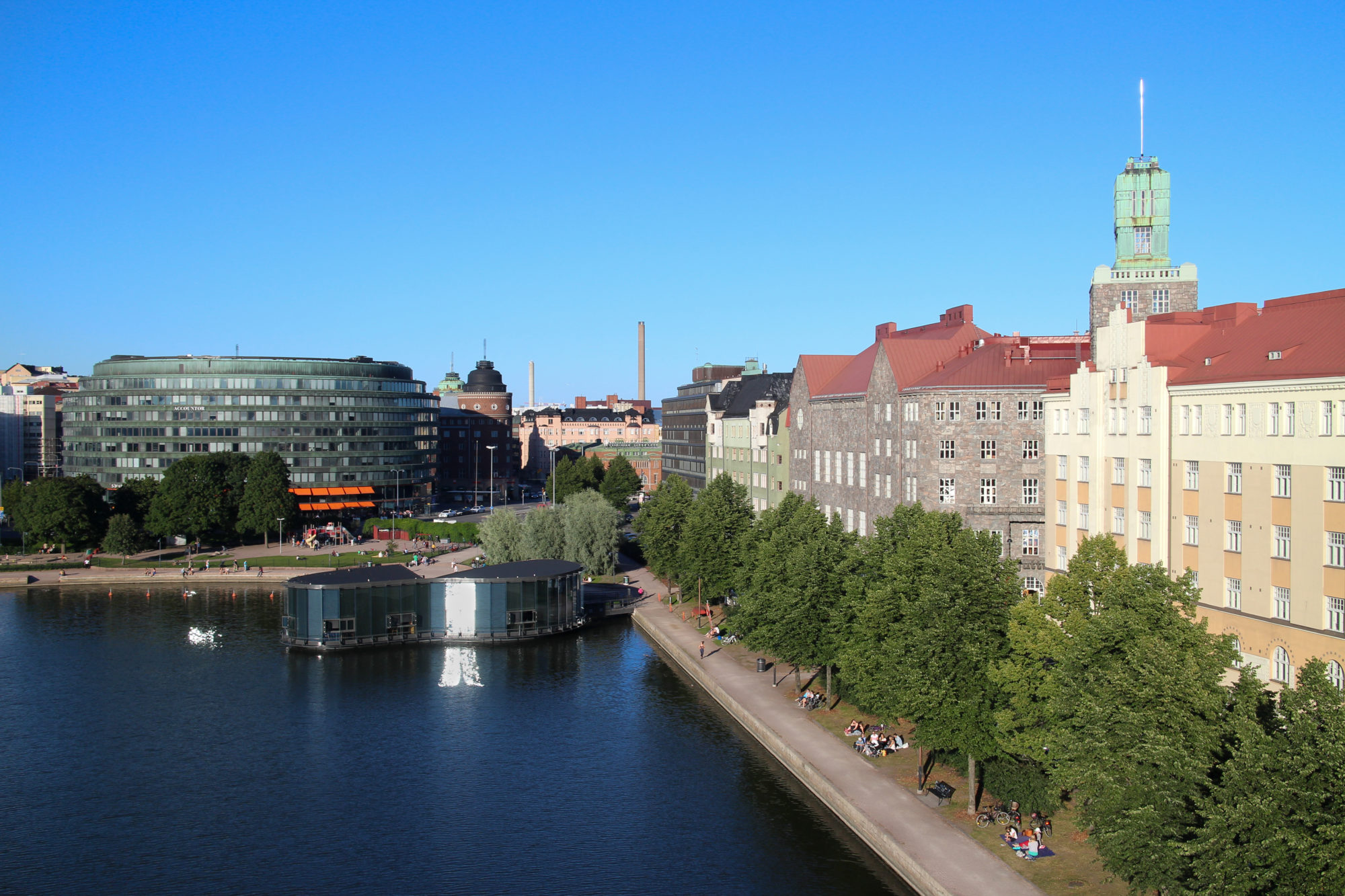 Scandic Paasi is known for its excellent service and central location, with all the most popular sights in Helsinki just a short walk way.

These include the Helsinki Cathedral and the Market Square as well as the shopping streets and restaurants.

The Siltasaari district has many theatres and museums offering unforgettable experiences to culture lovers.