We are all familiar with the images of tourism ministers as they stride on stage at global summits, shaking hands and kissing babies for the cameras.

But, while this is important, it is the tireless work that they put in, day-in, day-out, that can have the most impact on the tourism sector of their country.

Here we look at a month in the life of Jamaica tourism minister, Edmund Bartlett, to see what he gets up to each day of the week as he works to put the Caribbean destination on the map.

Returning to the post of tourism minister of Jamaica, Edmund Bartlett has worked for over 35 years in service of the Caribbean destination.

He was first appointed minister of tourism in 2007, serving until December 2011.

Prior to this appointment, he already had a solid track record of service as an outstanding legislator in central government in both chambers of parliament.

While serving in the shadow cabinet following his first stint as minister, Bartlett travelled the world forging alliances with strategic partners for global initiatives.

He returned to the helm of the ministry of tourism following the February 2016 victory at the polls by the Jamaica Labour Party.

Today he is capitalising on those relationships to boost the fast expanding tourism sector in Jamaica.

During a visit to Latin America, Minister Bartlett underscored the need for greater support of small and medium-sized tourism enterprises to ensure the growth and sustainability of the industry.

Speaking at the eighth meeting of the tourism ministers of the G20, he also focused on the role of tourism to drive employment.

“The vast network of small- and medium-sized businesses constitute the backbone of the sector, contributing significantly to the authenticity and quality of the tourism experience, enhancing destination competitiveness and contributing to enhanced brand image, the forging of positive local networks and increased productivity.”

While in Argentina, minister Bartlett also attended the World Travel & Tourism Council Global Summit 2018 in Buenos Aires, where he presented a policy brief. 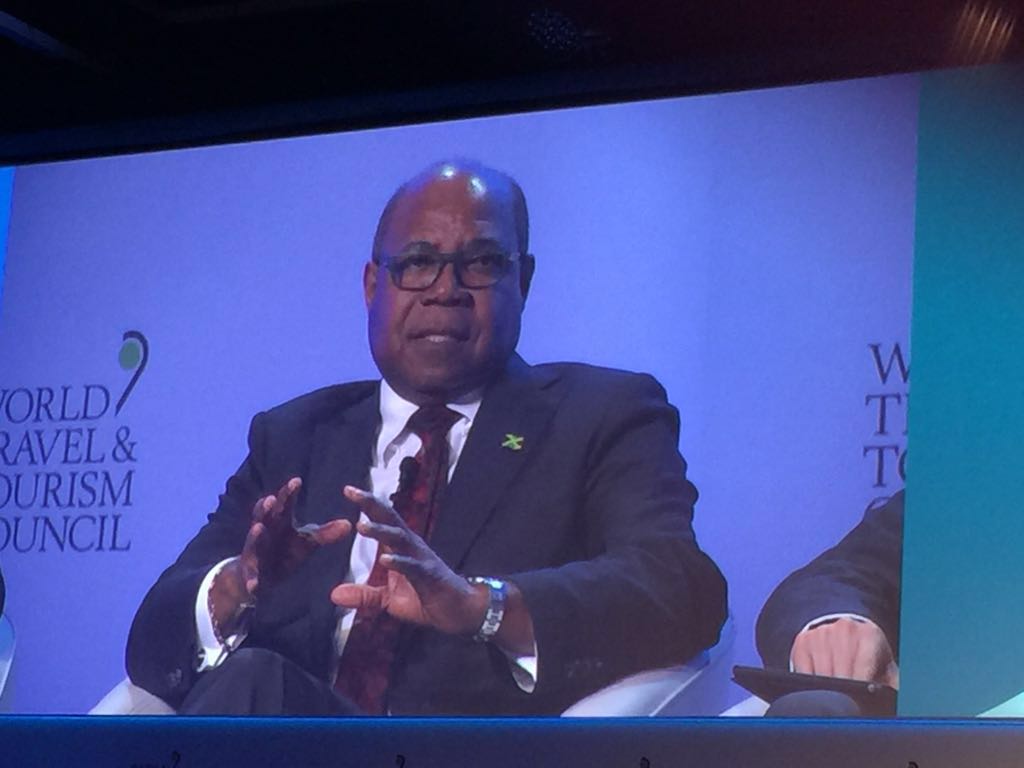 Here he was able to reveal plans for non-stop flights between Peru and Montego Bay, Jamaica, have been advanced after a successful meeting with senior executives from LATAM Airlines Group at their headquarters in Lima.

“The meeting is the strongest signal that the Latin American market is now going to come into its own.

“We could see three flights per week between their Lima, Peru hub and Montego Bay, Jamaica within 12 months,” minister Bartlett said.

The minister also announced that one of Latin America’s largest airlines, COPA, will increase to daily its service between Panama City and Montego Bay starting in July this year, bringing to eleven the overall number of flights weekly between both countries.

“With Copa Airlines increasing service into Montego Bay to a daily flight coupled with their four flights a week into Kingston, LATAM’s entry would increase to 14 the number of nonstop flights out of Latin America into Jamaica every week,” he added. 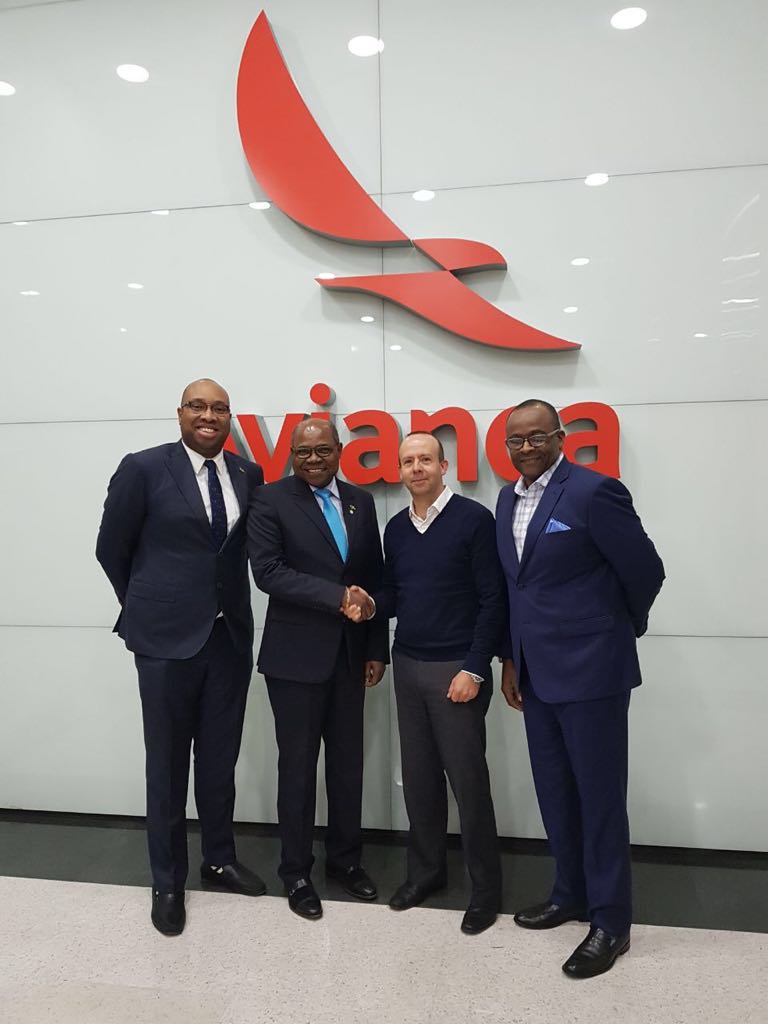 On his second day in Lima, minister Bartlett discussed a multi-destination marketing memorandum of understanding with Peru to strengthen tourism in both countries.

The deal is slated to be signed in October this year.

“The memorandum of understanding, which aims to strengthen partnership and tourism products, will connect with ecological and cultural tourism to include entertainment and then training through the Jamaica Centre for Tourism Innovation,” Bartlett said.

Jamaica has already signed similar deals with Mexico, Cuba and the Dominican Republic.

The arrangements will be beneficial to all countries involved as they will gain access to a significantly larger market which will lead to sustainable growth.

Bartlett said that the move is welcomed and will benefit tourism including diaspora tourism.

“I was very happy to receive news that Delta will be increasing flights to Kingston to meet the growing demand to visit our island paradise,” he explained.

“This will add to the other daily nonstop flights offered by other carriers.

“It is also timely in light of the fact that we have three new hotels opening within 12 to 18 months and an increasing number of home stay accommodation options around the city,” said the minister.

The airline will be operating the Kingston flights on Boeing 737-800 aircraft, which includes 16 business class seats.

Speaking from Kingston, capital of Jamaica, minister Bartlett told the press the Ministry of Tourism has given its support to an initiative by the ministry of education, through the Joint Council on Tertiary Education, to take educational opportunities to young people in their communities.

The initiative was launched earlier in the month with the first of a series of Agriculture & Tourism Community Fairs held at the Newell High School.

Underscoring the importance of the fair in his keynote address, Bartlett said: “It is important because it seeks to do what we really should have been doing from day one; it seeks to align the various economic activities in our country towards certain manageable and measurable outcomes.”

He added: “The impact of training and the building of our human capital to enable capacity for production, to create competitiveness, to create innovation and to enable Jamaica to stand out as a destination of choice to all people of the world, is so critical and important.”

Faced with the reality of the Caribbean being the most tourism-dependent region on earth, minister Bartlett pointed regional commissioners of police to the need for an integrated approach to ensuring the safety and security of visitors.

Minister Bartlett was one of several speakers at the opening ceremony of the 33rd annual general meeting and conference of the Association of Caribbean Commissioners of Police, being held at the Montego Bay Convention Centre.

He reminded the audience that tourism has been the single, most important and sustainable activity particularly within the Anglophobe Caribbean over the last 50 years.

Currently, the industry accounts for over 40 per cent of the GDP of the Caribbean’s economy, employing one-in-five of all workers in the region and last year earning US$30 billion.

“What it means then, is that the future of the economic well-being of our region is truly not locked into the traditional mode of production as we have understood it, nor is it tied to the traditional commodities that have characterised our economic community over time,” he said.

Speaking in Kingston, minister Bartlett revealed tourism workers in Jamaica were on the brink of benefitting from housing and pension funded offered by the Tourism Enhancement Fund to the tune of $2 billion.

The TEF has also earmarked another $1 billion for the National Solid Waste Management Authority.

In his sectoral presentation to parliament, minister Bartlett announced that: “We have put $1 billion, over the next five years, to assist tourism workers to access housing solutions through the Housing Agency of Jamaica.”

TEF will make $171 million available to support implementation of the first phase of the programme in this financial year.

The survey formed the basis of the development of a framework to support housing needs for tourism workers as a component of the Tourism Workers’ Welfare Programme. 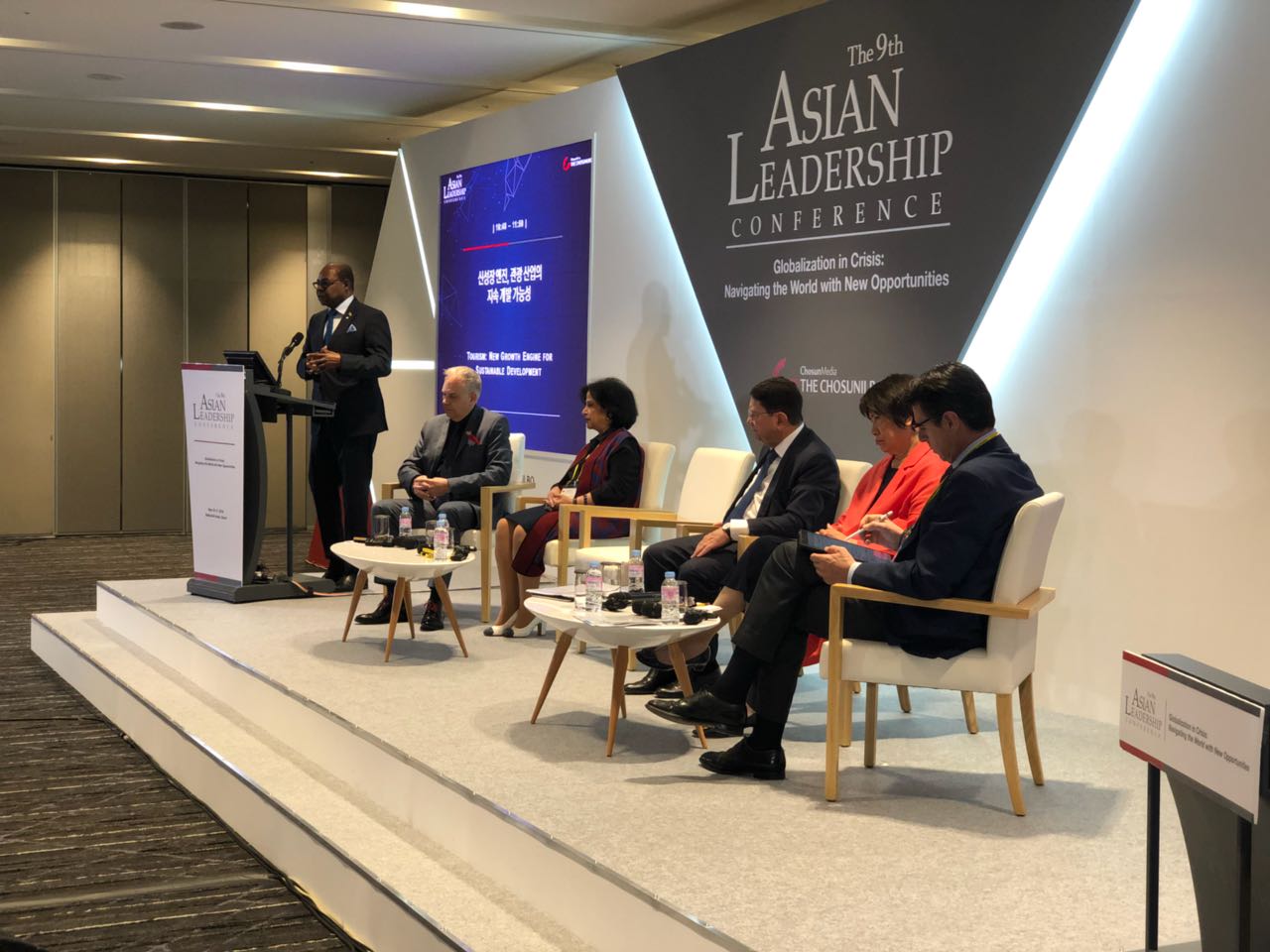 Staying in Kingston, Minister Bartlett tasked the Tourism Linkages Council to complete the tourism demand study by August this year.

“I have charged the chairman of the Tourism Linkages Council, Adam Stewart, to complete a demand study that will facilitate quantitative analysis of the need for manufacturing and other goods and services within the sector,” he explained.

The study was designed to identify the existing and potential demand in the tourism sector for goods and services across local sectors such as agriculture, manufacturing and entertainment.

The minister, who was speaking at a Smart Destination Workshop, added: “We will be going a step further to engage buyers, hoteliers and suppliers from all sectors at a summit in September.

“The aim of this summit will be to critically analyse and discuss the findings from the study with a view to charting the way forward.”

Following a record-breaking season in 2017, minister Bartlett was able to report the fruits of his work to parliament in his 2018 sectoral presentation.

Tourism numbers for the first quarter of this year hit new highs in Jamaica, with January-March arrivals totally 1,298,674 and representing an increase of 6.6 per cent over the corresponding period last year.

Gross estimated foreign exchange earnings for the quarter stood at US$825.3million, an increase of 8.5 per cent.

“The rapidly expanding tourism sector has maintained its position as one of the main contributors to job creation, investments and foreign revenues in the economy over the last several decades,” said minister Bartlett.

Underscoring the fact that tourism was vital to the fulfilment of the mandate of Vision 2030 – making Jamaica the place to live, work, raise families and do business – Bartlett outlined that the industry was a major contributor to tax revenues and employment creation. 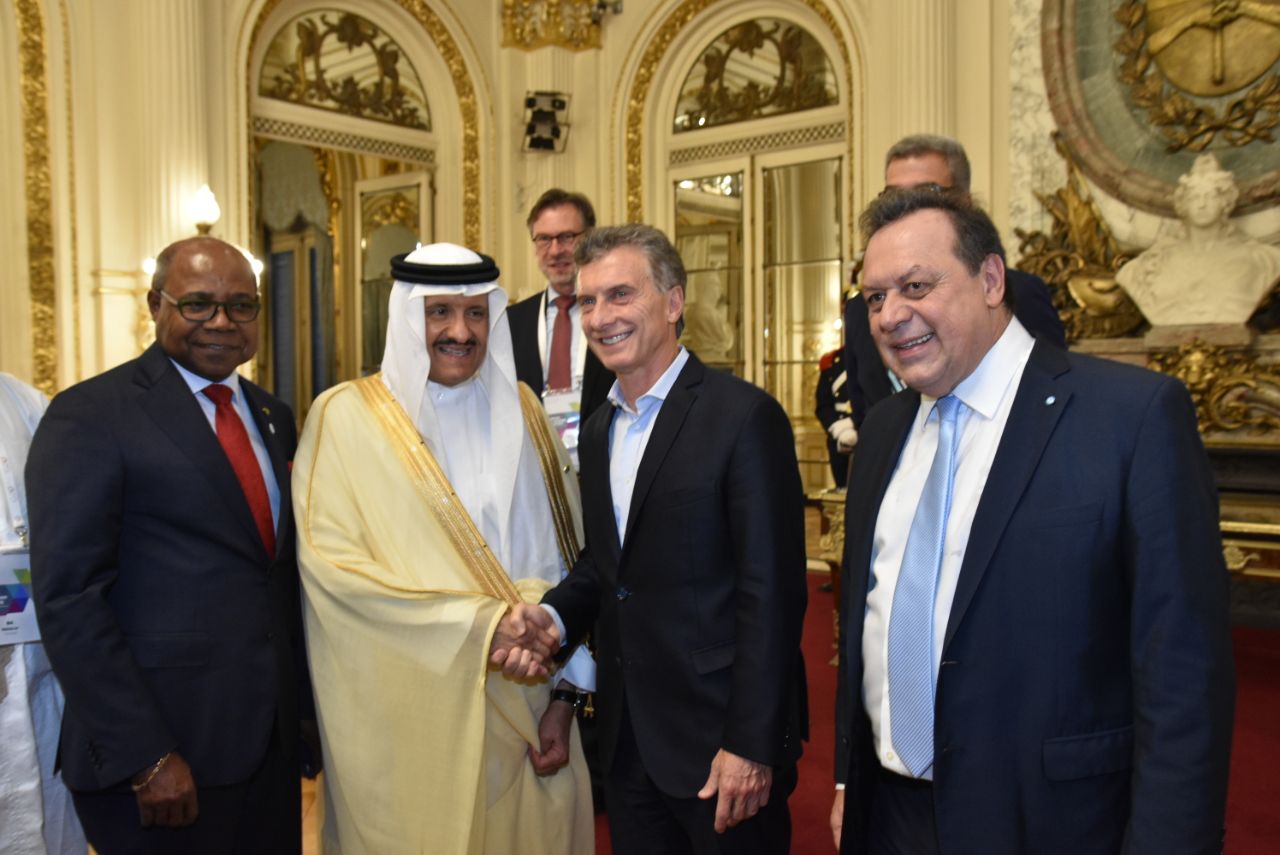 Outlining “a new architecture to meet tourism demands,” in his minister Bartlett said the ministry recognised the importance of linkages and the more critical impact of the supply side of the industry.

Explaining the emerging new architecture in the industry, he said tourism was becoming much like commodities, driven by price and demand, and in some instances price and value.

He said new business models were emerging “that change the way in which we do business normally”.

Noting that there was a high level of integration, he said the tourism ministry recognised that putting in place the infrastructure required to meet the changing demands of tourists was required “to enable cost effectiveness and competitive pricing”.

Among the agencies that have undergone changes is the Jamaica Tourist Board which has been re-engineered and will change its methods of marketing and promoting of ‘Destination Jamaica,’ to meet the needs of emerging tourism source markets globally.

Bartlett said to compete in the new global marketplace, the Jamaica Tourist Board’s number one strategy would be development of a new, fully integrated website revolving on a single axis and providing non-stop global access to the destination.

It will be integrated with Google and eventually linked into Airbnb’s platform with four million members.

The new website will host and promote all aspects of the destination and provide real time access and content to tour more than 50,000 travel agents globally allowing for more efficiency in selling Jamaica.

“We will be able to perform, manage and incentivise them remotely to maximise our room and airline capacity,” he noted.

The minister noted that questions were posed by Asian delegates about work being done by the network.

“When I was invited to speak at the ALC, I knew there was particular interest in the many innovative initiatives we are doing locally to drive the economy through tourism,” he said.

“They were particularly interested in the Linkages Network, and the targeted approach it is taking to improve the tourism product and the economy.

“The key goal of the network is to encourage buying local and thereby retaining foreign exchange spending.

“We are continuing our push to move from 30 cents on the dollar to 50 cents.”

He further stated that: “In Jamaica, we recognise that leakage is a major obstacle to sustainable tourism growth.

“It prevents money from flowing back into the local economy and benefiting the people of the country.

“The Linkages Network with its numerous ground-breaking initiatives was created to address this concern.”

The Minister also discussed the need to provide much needed assistance to small- and medium-tourism enterprises across the world.

In a full schedule, the minister also participated as a panellist at the United Nations World Tourism Organisation/PATA Leaders Debate on in Gangneung.

Jamaica is considered the Caribbean’s Leading Destination by voters at the World Travel Awards.