The new World Centre Hotel has opened at Ground Zero in New York, dividing local opinion on the suitability of such a venture at the sensitive site.

From the ceiling-to-ceiling windows at the 169-room property guests can watch workers toiling to rebuild the site of the 9/11 terrorists attacks – prompting some observers to question the appropriateness of the new hotel.

However, the proprietors argue the location at the southern edge of the World Trade Centre rectangle is convenient to a host of downtown business and historic sites.

There are also unfettered views of the rising Freedom Tower and National 9/11 Memorial & Museum.

Guests will also be able to enjoy stirring views to the north of the Hudson River as well as access the World Terrace Club, a private restaurant and networking club located on the 20th floor of the hotel, featuring year-round outdoor dining on its heated terrace. 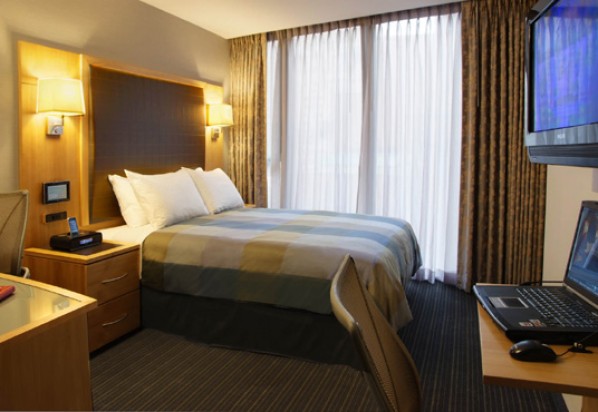 “It is an area that has being rebuilt, and there is a lot of traffic coming to the area. We are proud to be a partner in that,” explained World Centre Hotel corporate vice president Cheryl Palmer.

“Right now, people are focused on the tremendous activity that is happening on the site – on the buildings, on the steel that’s rising,” said Downtown Alliance president Elizabeth Berger.

“But remember, this hotel’s going be here a long time after there’s no more site, and there is office space, and a park, and a memorial, and a museum, and a performing arts centre.” 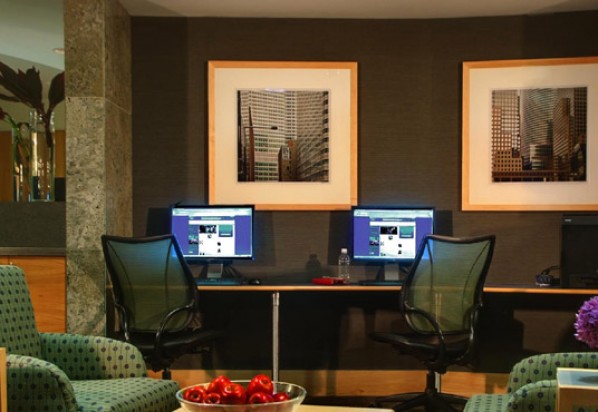 The property was soft opened three months ago, but has been completed floor by floor over the last quarter.

Head over to the World Centre Hotel website for more information on the property.