Virgin Atlantic has appointed Julie Southern as chief commercial officer with Tim Livett promoted to succeed her as chief financial officer at the airline.

The move comes as the transatlantic carrier seeks to focus on growth and leveraging signs of recovery.

Southern will take responsibility for growing the airline following one of the toughest economic periods in aviation history.

With the recovery now underway - first-quarter revenue climbed ten per cent year-on-year at Virgin Atlantic - she will be responsible for network expansion, trade alliances and driving revenue through pricing, sales and marketing.

Commenting, Virgin Atlantic chief executive Steve Ridgeway said: “Both of these appointments will ensure that Virgin Atlantic is leading the pack through the next phase of growth in the aviation industry.” 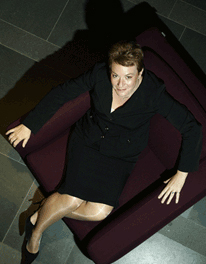 Livett will join Ridgway, Southern and chief operating officer Steve Griffiths on the main board at Virgin Atlantic.

He joined Virgin Atlantic in 2004 from Hudson Highland Group
where he was European chief financial officer. Prior to that, he held
a number of senior financial and commercial roles during an eight-year period at British Airways.

“This promotion and change of emphasis for Julie will enable Virgin Atlantic to change gear in its recovery from recession,” continued Mr Ridgway said.

“Julie’s expertise has enabled the business to steer a course through some very difficult times but now we can utilise her
strengths at the front end of the business, driving new relationships, revenues and ultimately our growth strategy.”

Virgin Atlantic is following a strategy of steady growth, with the delivery in 2014 of Boeing 787 planes expected to provide range capacity that will open up new routes, including to the Far East.