Preparations for the London 2012 Olympics are continuing apace, with the latest official figures suggesting over 10,000 people are presently employed on site.

According to data from the Olympic Delivery Authority (ODA), some 10,333 people are currently working on the Olympic Park and Athletes’ Village as the ‘big build’ approaches its peak.

Pictured: Around 330 apprentices have been recruited onto the London 2012 construction project

ODA chairman John Armitt said: “The Olympic Park and Village big build are on track thanks to the hard work of everyone on the site.

“In a tough time for the construction industry we are providing jobs for more than 10,000 workers and meeting our commitments to safety, training and employing local people and apprentices.”

Of the current 6,243-strong Olympic Park workforce just over one in five are resident in the five host boroughs and over half live in London.

Of the current 4,090-strong Athletes’ Village workforce one in four are five host borough residents and more than six out of ten live in London. 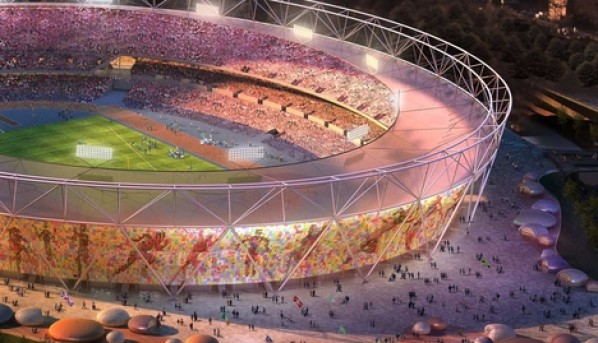 The stadium is on schedule for the 2012 opening

Some 3,166 training places have also been delivered through the National Skills Academy for Construction, including the Plant Training Centre and Thames House Training Centre in Newham, which were set up to provide training and work opportunities on the Olympic Park and other construction sites.

“We are not complacent and remain focused on the finish line,” added Mr Armitt.

Hundreds of thousands of tourists are expected to arrive in London during the course of the 2012 Olympic Games with preparations for their arrival well on track.

London.Mobi includes everything from hotel, entertainment and transport listings to a currency converter and weather guide.