Rio de Janeiro has become the latest big name to confirm its participation in World Sport Destination Expo - the global market place for sport tourism. Uniquely co-located alongside the climatic final week of the 2010 FIFA World Cup, WSDE will offer bidding nations and sport tourism capitals the ultimate opportunity to showcase their capabilities on a world stage.

Rio de Janeiro is one of the four short-listed Candidate Cities in the bidding to host the 2016 Olympics, as well as being selected as Host City following Brazil’s successful bid to host the 2014 FIFA World Cup.

Rio, aka the Marvellous City, will use the ground-breaking sport tourism exhibition to showcase its wealth of world-class services and facilities, underlining its credentials as a sport tourism hub. 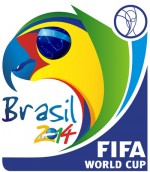 Paulo Senise, Executive Director of Rio Convention and Visitors Bureau, said: “It was vital that Rio de Janeiro secured a large presence at WSDE. Our unified approach to sport tourism - combining the efforts of the Brazilian Government with that of the State, City and the private business sector has brought about demonstrable success.

“We received great plaudits as hosts for the Pan American Games and will work tirelessly to become even greater hosts at the 2014 FIFA World Cup - and hopefully the 2016 Olympics. We are looking forward hugely to the unrivalled promotional platform that WSDE will provide our great city and the opportunity to show to the world that Rio means business,” he added. 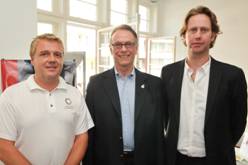 With exhibition space selling out fast, Gianni Merlo, President of the International Sport Press Association said in a recent address to the sport tourism industry: “If you represent a nation, city or region eager to win the rights to host major sporting events, if your hotel or resort offers sporting facilities, if you are a facilitator of sport tourism, or a member of the international sports media I urge you to participate in this world-class sport tourism event.”