The Middle East’s renewed appetite for doing business was reflected at today’s Gulf Incentive Business Travel and Meetings Exhibition (GIBTM), which showed a 17 percent year-on-year rise in pre-scheduled appointments and a 19 percent hike in hosted buyers.

On the opening day in Abu Dhabi, Exhibition Director Graeme Barnett reported that this year’s show had attracted 277 senior level hosted buyers from 40 countries – up 19 percent on 2009 – and organised over 7,500 pre-scheduled appointments, up an impressive 17 percent on last year. 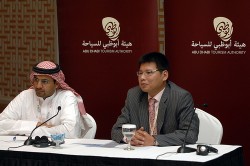 Those who have increased their stand space from last year include Seoul Tourism Organisation, Sri Lanka, Jumeirah and Tourism Ireland. 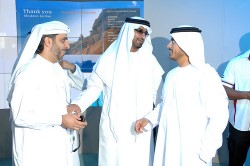 Commenting on the figures Graeme Barnett said: “Having attracted the largest ever group of international Hosted Buyers to the region, and with pre-scheduled appointment numbers significantly up on last year, it is clear that meeting and event planners are eager to explore what the region has to offer for their businesses and their clients.

“In just four years, GIBTM has firmly established itself as the region’s premier event for the meetings industry.”

“As a brighter world economic outlook beckons, the event is in an excellent position to gain even greater support within the region, and build both its regional and international exhibitor base and buyer audience.

New initiatives at this year’s event include an expanded professional education programme.

GIBTM 2010 runs for a further two days – Tuesday 30 March and Wednesday 31 March – at ADNEC, Abu Dhabi. It has also been nominated for “Middle East’s Leading Travel Exhibition” at World Travel Awards Middle East Ceremony, which takes place in Dubai on 3 May 2010.