Qatar Airways first announced at the Paris Air Show in France in 2009 the formation of its corporate jet subsidiary, Qatar Executive, as part of the airline’s ongoing robust global growth strategy, and continued commitment to the Middle East business travel community.

Set up as a profit centre within the Qatar Airways Group, the plan was to build rapidly on its initial fleet of three Bombardier aircraft, in order to tap into the Middle East’s growing demand for executive travel.

Over the last five years the once small charter operation has become a successful business, that has evolved into a world-class corporate jet company with a comprehensive business aviation service portfolio, comprising not just worldwide on-demand charter, but also Airliner charters, Fixed Base Operation and Maintenance services at the Bombardier-Authorised Service Facility in Doha.

Since its inception, the company has grown from strength to strength and almost tripled its private jet fleet.

A brand-new Global 5000 Vision will soon be joining Qatar Executive later in July, bringing up the fleet size to a total of eight wholly-owned all-Bombardier aircraft, comprising four Global 5000s – among them two Global 5000 Visions – three Challenger 605s and one Global XRS.

Qatar Airways chief executive Akbar Al Baker, who also heads up the airline’s private jet subsidiary, said: “Ultimate luxury, the highest levels of personalised service and comfort, privacy and convenience through flexible and personalised travel to any place in the world, were the qualities we had in mind when Qatar Executive was launched in 2009.” 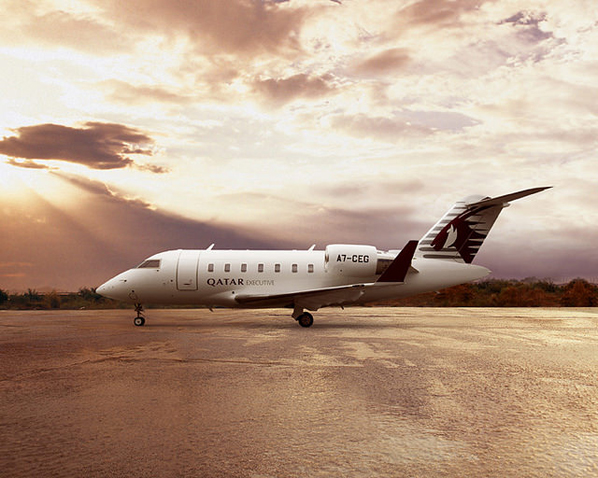 He continued: “In just five years Qatar Executive has become a benchmark company in the business aviation industry, as a result of our dedication and commitment to the global travelling elite.

“Our fifth anniversary is a proud moment in our company’s history, but it is also a special occasion to thank those without whom this achievement would not have been possible – our customers, business partners and our staff.

“We especially thank our customers for their loyalty and trust, which has lead to our great success and allowed us to establish our reputation as a premium charter operation in the region and worldwide.”

Today, Qatar Executive employs more than 100 highly professional staff, and is expanding to cater to its growing VIP operation by hiring experienced, type-rated Captains and First Officers as well as Aircraft Maintenance personnel.

To maximise growth potential, Qatar Executive is also significantly investing into its infrastructure and is building a stand-alone state-of-the art private jet lounge and a dedicated hangar facility at Hamad International Airport in Doha to be opened in the beginning of 2015.

As part of its fifth anniversary celebrations, Qatar Executive is planning a range of activities for its stakeholders throughout the year to strengthen its leadership position within the industry.