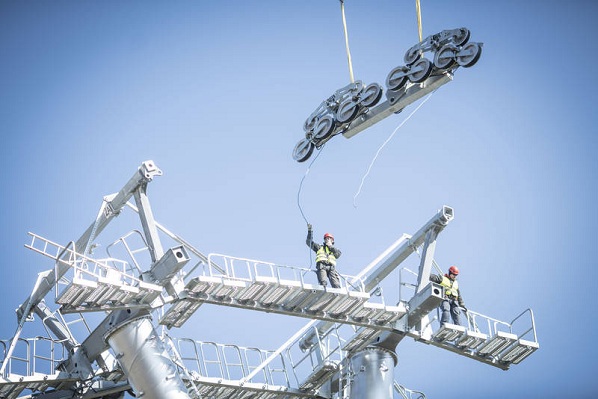 Work begins on the first support tower for the new ropeway

Berlin’s first gondola ropeway is being built for the International Garden Show in 2017, with the first support tower installed today.

Berlin mayor Michael Müller attended the official launch of construction for what is currently the biggest urban ropeway project in Germany.

The ropeway is being built by the South Tyrolean company LEITNER.

The fully accessible, barrier-free ropeway, extending across a distance of 1.5 kilometres, will be ready to carry passengers above the exhibition site covering some 245 acres, when the IGA opens on April 13th, 2017.

During the ride, visitors to the IGA will be treated to a bird’s-eye view of the new park landscape with the Gärten der Welt (Gardens of the World) and Kienbergpark.

LEITNER will continue to operate the gondola ropeway as an innovative tourist attraction and transport system long after the IGA has closed its gates.

“IGA 2017 will showcase Berlin as an example of a green, forward-looking, modern, and growing metropolis,” said Müller.

“The ropeway that is being built for the exhibition will be a spectacular attraction at the event and will itself serve as an exhibit that points the way toward a pioneering and environmentally sound possibility for transportation in major cities.” 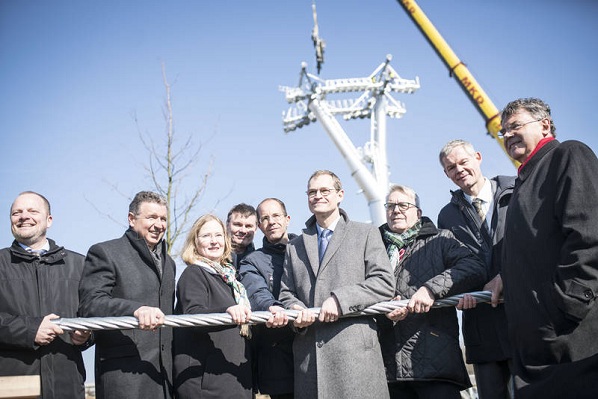 The installation of the first support tower marked the official launch of construction of the ropeway in Berlin.

The middle station for the ropeway is also now being built, and work has begun on the foundations for the other two stations as well.

Work on the mechanical components for the support towers and stations will be completed by April, after which the cables can be installed.

Test operations will then begin in late summer after the gondolas have been delivered.

This will leave enough time to complete the structures for the “Kienbergpark” and “Gardens of the World” stations (including the green areas for both) before the International Garden Show opens.

“The IGA has made it possible to build Berlin’s first gondola ropeway,” said Christoph Schmidt, managing director of IGA Berlin 2017.

“The trip on the barrier-free ropeway will offer a thrilling experience for the whole family.

“What’s more, the direct link between the ropeway and the U5 subway line will make a key contribution to improving the transport connection between the city centre and the IGA exhibition site with Kienbergpark and the Gardens of the World.” 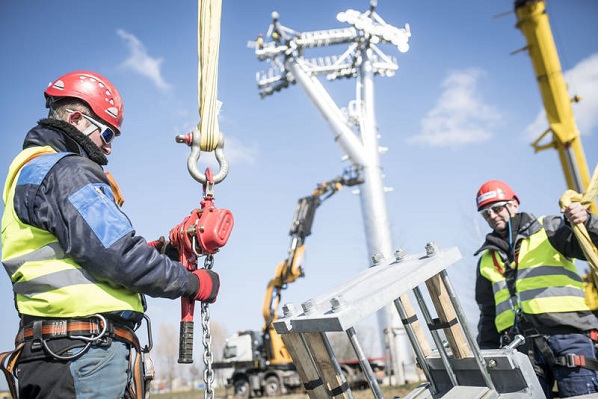 The ropeway will be completed later this year

Environmental considerations are a top priority in the construction work.

Engineers took the local landscape and natural spaces in the Wuhletal area into consideration from the very beginning of the planning stage, which was heavily influenced by the associated environmental requirements.

For example, a program for the ecological monitoring of construction work ensures that no harm will come to the local flora and fauna.

“For us, the ropeway for IGA Berlin 2017 is an investment in a market of the future – the market for ‘urban ropeways,” said Michael Seeber, president of LEITNER.

“The ropeway is the perfect combination of a tourist attraction and urban transport system.

“It will also enable us to establish a presence with a sustainable mobility concept in an innovative city, which is exactly what Berlin is.”