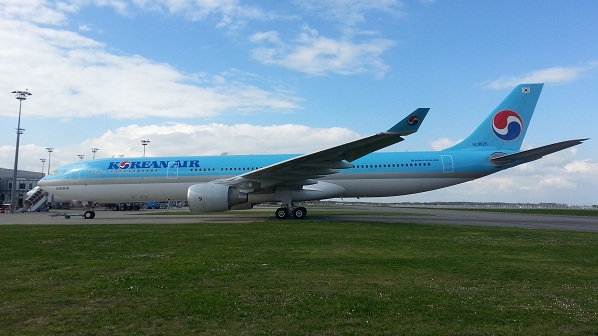 Korean Air is strengthening its global service by introducing a fuel efficient cutting edge aircraft to its fleet.

The flag-carrier is set to introduce its brand new A330-300 aircraft, on its south-east Asia routes.

The newly introduced A330-300 aircraft will join the fleet serving on Korean Air’s routes to Sydney, Brisbane, Singapore as well as other routes in south-east Asia and Oceania.

Korean Air currently operates eighteen A330-300s and is planning to introduce three more aircraft by the end of the year.

The three new A330-300s will be equipped with a revamped prestige class, called ‘Prestige Suites’, which takes inflight style and comfort to a next level.

‘Prestige Suites’ are equipped with privacy panels installed between seats, with those in aisle seats able to rise higher for increased privacy.

Each seat is also equipped with an ottoman, a cushioned stool where passengers can rest their feet.

In general, Ottomans are more often to be seen only in the first class cabins of other airline.

Meanwhile, Korean Air will introduce nineteen additional next-generation aircraft to its fleet in 2015.