Etihad Airways has finalised the conditions it requires for a major investment in Italian airline Alitalia following months of negotiations.

While a brief statement from Etihad releases no financial information, but in a televised interview earlier the Italian transport minister said the Abu Dhabi-based carrier was ready to invest around €600 million in the struggling Alitalia.

It is believed Etihad will take a 49 per cent stake in Alitalia following the deal.

An investment of that size would make Etihad the biggest shareholder in the historically unprofitable Italian airline.

Etihad – which is considered the world’s leading airline by the World Travel Awards - will today forward a letter detailing the conditions precedent to the deal to the Italian government.

However, the arrangement needs to be confirmed by the board of Alitalia and other parties.

Etihad chief executive James Hogan said: “We are delighted to be able to move forward with this process and look forward to the successful conclusion of the proposed transaction with Alitalia.

“An equity investment in Alitalia will be beneficial not only for the both airlines, but, more importantly, it will give more choice and broader travel opportunities to business and leisure travellers into and out of Italy.”

The Italian government is believed to appreciate the strategic importance of this transaction and looks favourably at the Etihad Airways-Alitalia partnership. 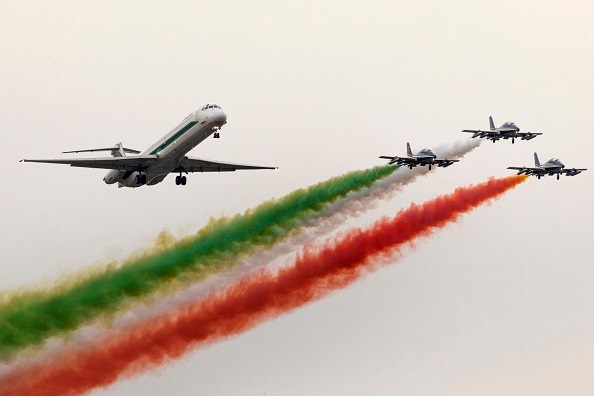 The deal comes after months of deadlock

Gabriele Del Torchio, chief executive officer of Alitalia, said: “This is an excellent outcome for Alitalia.

“This investment will provide financial stability and confirms Alitalia’s key strategic role as an infrastructure player in the travel and tourism industry in Italy for long-term growth.”

Upon confirmation by the board of Alitalia and its stakeholders of their acceptance of these terms, the airlines will proceed to final documentation in order to complete the proposed transaction, in line with EU and other regulatory requirements.

Alitalia flies roughly 25 million passengers a year, but is weighed down by debts of nearly €800 million.

Last October, the Italian government helped stitch together a new €300 million alliance of supporters that include the Italian postal service which has kept the airline in the skies since.

Alitalia has continued to seek a new investor after Air France-KLM Group backed out of a capital increase, ceding its role as the largest shareholder.

It is also being reported that close to 3,000 Alitalia members of staff are to be made redundant as part of the terms of the deal, with the Italian government set to play a key role in helping the redundancy process to run smoothly.

The deal marks a continuation of an established strategy for Etihad, which has also taken equity stakes in a host of other airlines.

Etihad believes the acquisition strategy give it access to passenger flows that he can direct through Abu Dhabi.

From its Abu Dhabi base Etihad Airways flies to 103 existing or announced passenger and cargo destinations in the Middle East, Africa, Europe, Asia, Australia and the Americas.