Emirates has celebrated the inaugural flight of its new service between Dubai and Edinburgh.

The Emirates Boeing 777-300ER touched down in the Scottish capital just before 15:00, making Edinburgh the airline’s second destination in Scotland and the eighth in the United Kingdom.

Emirates flight EK023, with a group of VIP guests and media on board, was welcomed by Edinburgh Airport with a water cannon salute.

“Today’s flight marks the start of greater connectivity and more convenience for leisure and business travellers from the wider Edinburgh area and locations further afield, such as Aberdeen and Dundee, to destinations across Emirates’ global network via-Dubai.

“While for inbound travellers, particularly from cities in Asia and Australia, there is now a direct flight option to Scotland’s most visited city by tourists,” said Frach.

“In addition to tourism, the new flight will also directly connect Edinburgh to new opportunities for business, trade and education across our network.” 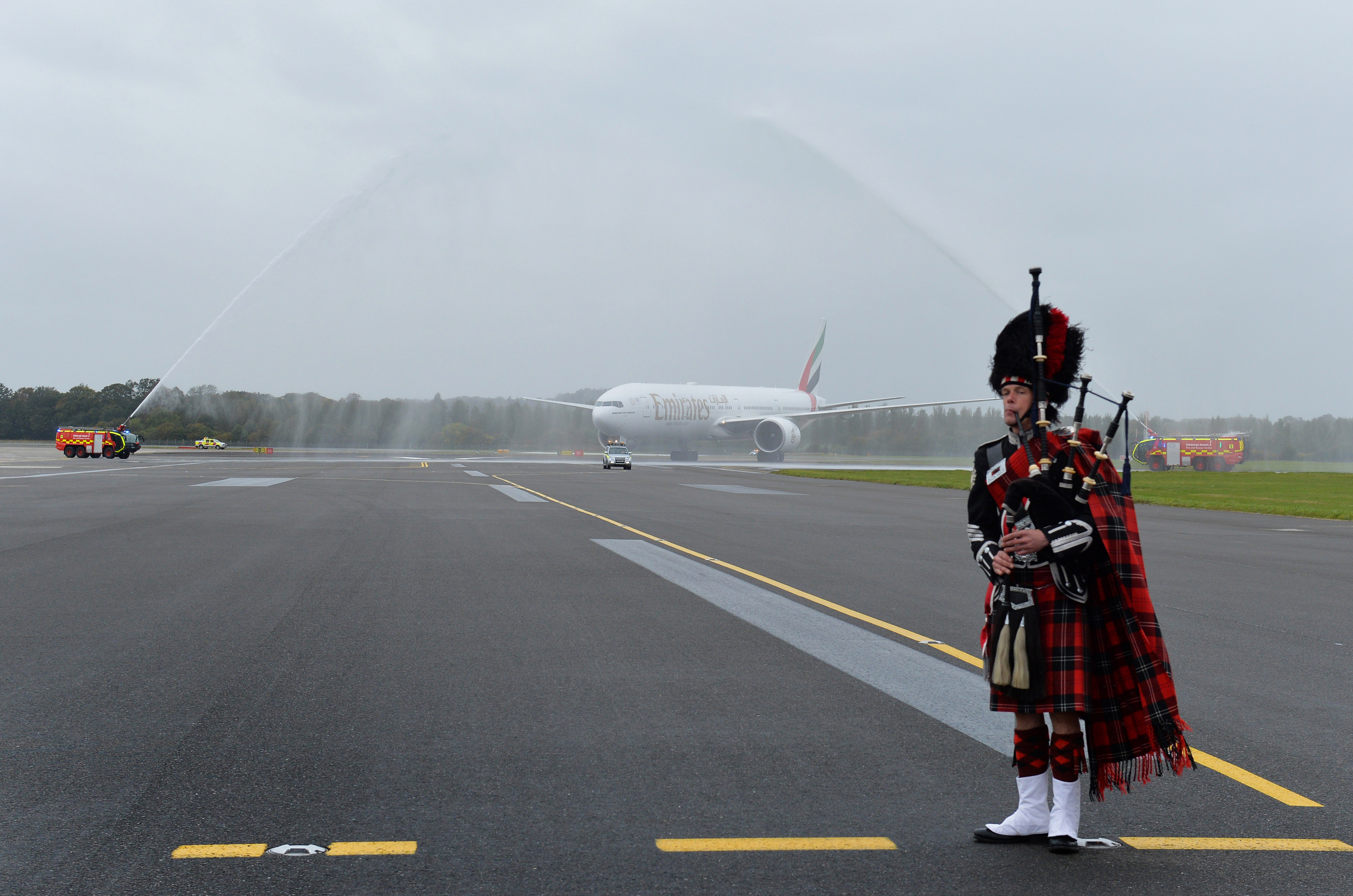 The Boeing 777 deployed on the route has a three-class cabin configuration, with eight private suites in First Class, 42 lie flat seats in business class and 304 seats in economy.

Other destinations which Emirates serves in the UK, include London Heathrow, London Gatwick, London Stansted, Birmingham, Newcastle, Manchester and Glasgow.

Dewar added: “This is a great day for Scotland and Edinburgh.

“We know the power of connectivity – the more we can connect with cities and countries across the globe, the more opportunity for passengers.

“It makes our country stronger and culturally richer.”