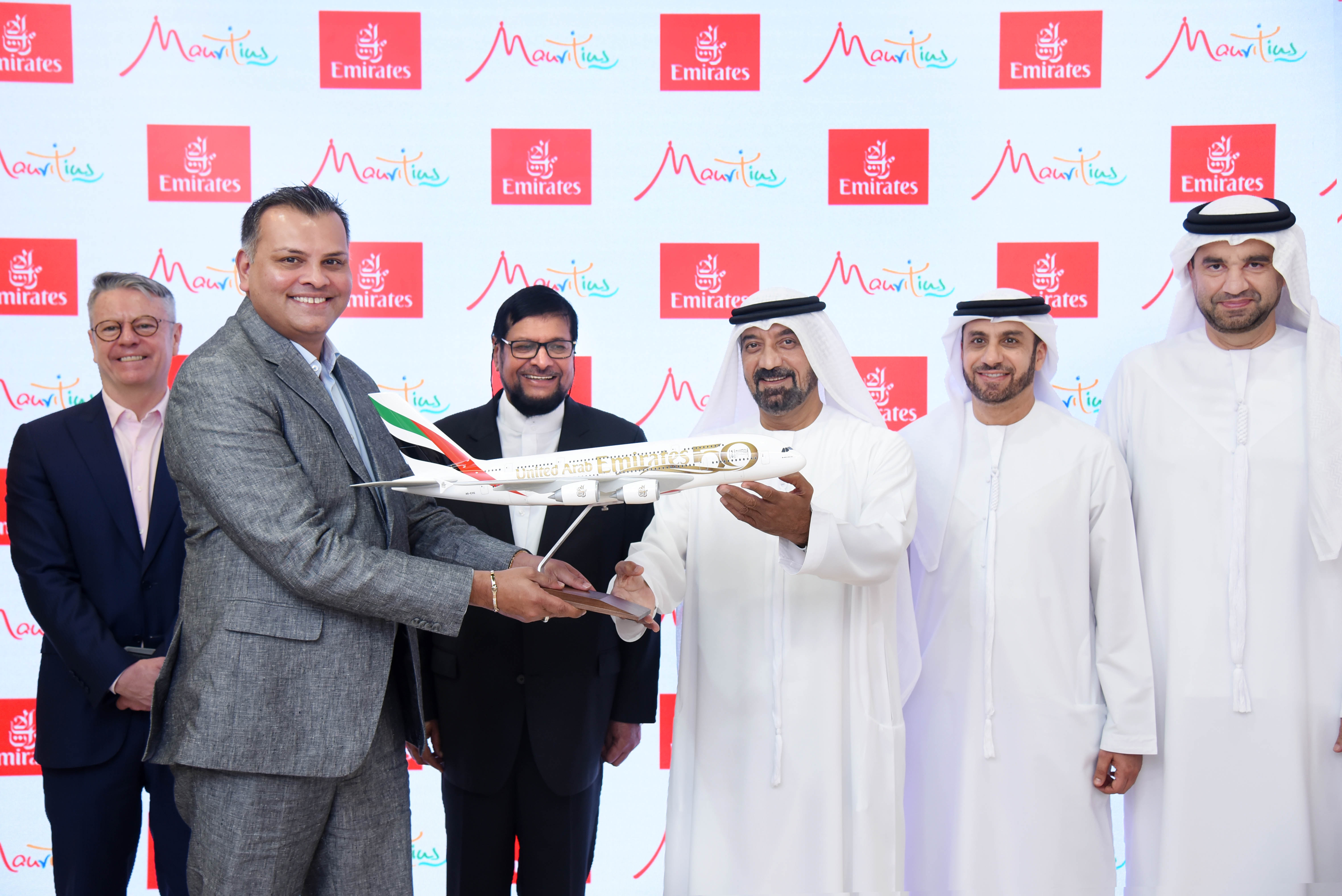 Emirates has reaffirmed its partnership with Mauritius by signing a Memorandum of Understanding (MoU) with Mauritius Tourism Promotion Authority (MTPA). The current agreement builds on the existing partnership between the two entities to promote tourism to Mauritius from key markets across the Emirates network.

Ahmed Khoory, SVP Commercial West Asia & Indian Ocean at Emirates, said, “We enjoy a long-standing partnership with Mauritius and have had a fruitful association in the past. The renewal of this partnership is a testament of our commitment to boost tourism to the island nation.”

“As international borders reopen and travel restrictions ease, we remain deeply committed to support initiatives that boost inbound tourism and increase leisure traffic to Mauritius. Emirates’ second daily flight will now start from 23 June to facilitate summer travel from the Americas, Europe and the Middle East to the island nation. The extension of our partnership reiterates our commitment to Mauritius and enables joint initiatives to undertake tourism recovery,” he added.

Honourable Louis Steven Obeegadoo, Deputy Prime Minister and Minister of Tourism, said, “We are delighted to be renewing this MoU with Emirates as we pursue the strong partnership, we have developed over almost 20 years. Mauritius tourism is recovering fast, and some markets are already performing better than prior to the pandemic. We therefore welcome the increase in capacity planned by Emirates and the new partnership agreement as they will provide a boost to our tourist arrivals worldwide.”

Under the MoU, Emirates will jointly undertake marketing activities with the Mauritius Tourism Promotion Board.

Emirates started operations to Mauritius in September 2002 with three weekly flights and currently is in its 20th year of operations to the Indian Ocean destination.

Emirates continues to place top priority on safe travel with the implementation of comprehensive measures on the ground throughout all touchpoints and on board to provide its passengers with the highest safety and hygiene standards at every step of the journey. Customers travelling from Dubai can also take advantage of state of the art contactless technology to ease their journey through the airport.