Delta installed its 500th aircraft with seat-back entertainment this month, allowing more customers than ever to experience free in-flight entertainment on Delta Studio.

“Providing customers with more choice within their on-board experience sets Delta apart and is another example of Delta listening and responding with new product innovation.”

With a commitment to install more than 600 aircraft with seat-back screens by the end of 2018, in partnership with Panasonic, Delta is putting choice in the hands of the customer.

In addition to investing in seat-back entertainment, customers can choose to stream Delta Studio to their personal devices on the airline’s entire mainline fleet as well as all two-class aircraft.

“Customers tell us that investing in entertainment – whether it’s adding more seat-back screens, offering free entertainment or expanding High-Speed Wi-Fi – is important, so we will continue leading the industry in making these enhancements on board,” Mapes said.

“We recognise that Delta customers multi-task, using multiple screens throughout their day, and want to provide choice and flexibility for them to decide how they want to spend their time inflight.” 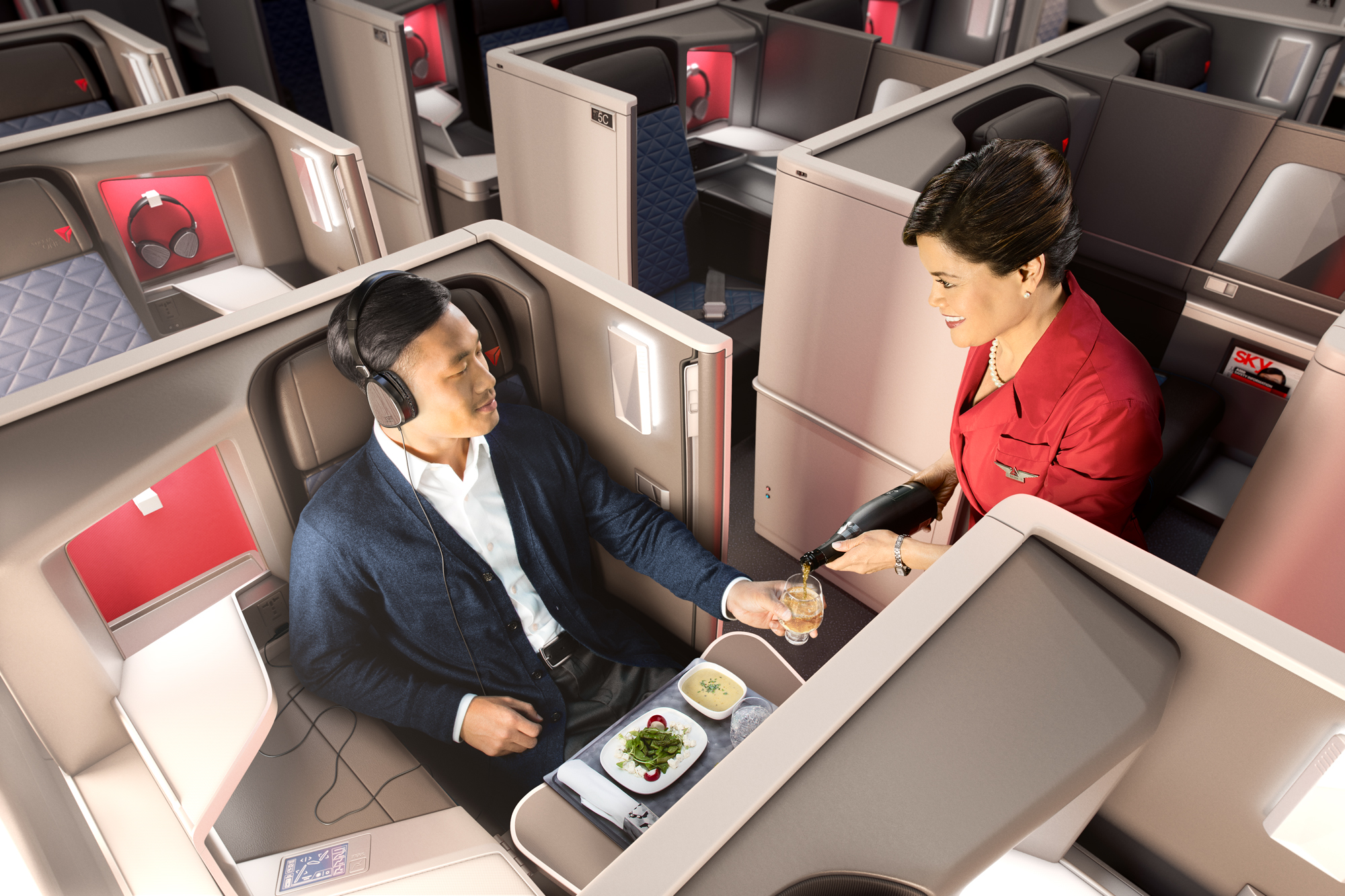 Delta Studio consistently provides the best depth and breadth of content in the skies, from its line-up of best picture nominees during awards season to having nearly all of the top-grossing recent box office hits in its repertoire.

The in-flight entertainment system currently offers up to 300 movies, including more than 100 foreign titles, as well as 750 television shows and 2,000 songs.

To provide refreshed content for even the most seasoned traveller, Delta has a partnership with most of the major movie studios and adds fresh content monthly.

There is also a wide variety of native language content, as well as subtitled and dubbed content, available in a multitude of languages, including Japanese, Mandarin Chinese, Portuguese and Spanish.

Delta has also made significant investments in the customer experience on the ground, in addition to plans to add nearly 250 new aircraft to its fleet in coming years.

These include new Delta Sky Club locations in Denver, Atlanta, and Seattle, and Club renovations in Nashville, Dallas, Newark, and Minneapolis-St. Paul, airport enhancement programs in Atlanta, Los Angeles, New York and Salt Lake City, and the testing and implementation of an enhanced boarding process in Atlanta.

Find out more about the World Travel Awards on the official website.