Wine lovers in China have something new to savour with the launch of Bayede!, the exclusive wine range created by the King of the Zulu nation.

King Goodwill Zwelithini’s choose Qingdao, one of China’s most affluent cities, to mark the entry of Bayede! into China. And it could not have been a more perfect setting with the city’s most dramatic skylines, and the Laoshanmountains hugging the vista on the one side and the emerald blue ocean on the other.

King Goodwill’s son with Queen Mantfombi, Prince Bambindlovu Zulu, was guest of honour at the first Qingdao Wine and Food Festival and officially launched the Bayede! range of wines in China. Bayede! products include an exclusive range of fine wines that represent the best of South Africa’s wine varietals.

Qingdao is not only one of China’s favourite holiday destinations but is also well known for its beer, Tsingtao, China’s leading beer label and for the Qingdao port, the largest deep-water port after Shanghai.

The city is also similar to Shanghai in terms of architecture; Qingdao’s German colonial architecture lives side-by-side with ultra-modern skyscrapers that signify China’s coming age as a superpower. 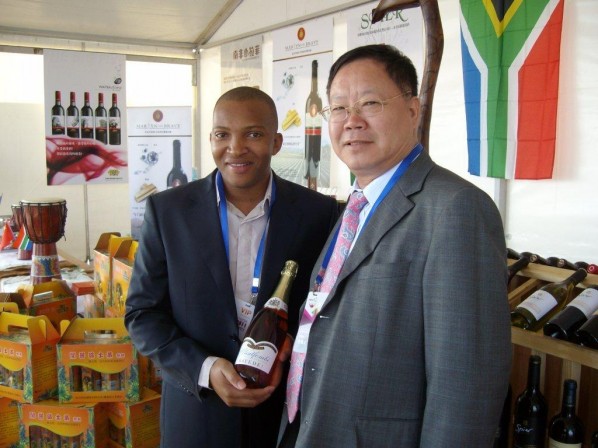 In recent years Qingdao has actively promoted a fine wine culture and a World War II bunker was magically transformed into a wine museum that not only educates the public about wines from around the world but is also a wine bank for collector items.

The wine museum is on Red Wine Street, which is lined by boutique-like shops that sell imported wines - think of it as a 5th Avenue for wine.

Qingdao had the honour of hosting the Olympic sailing events in 2008 and the marina and promenade that were built for the Olympic Games formed the venue for the Qingdao Wine and Food Festival that was held from 27 to 29 May. The format of the festival is based on the Miami Wine and Food Festival, which occurs every year in the Florida city and which features the best food and wine America has to offer.

The organisers of the Miami event were the official advisers to Qingdao for its Wine and Food Festival. The festival is unique in China given the Monaco-like setting and it is set to become one of the foremost showcase events for imported wine in China.

Prince Bambindlovu got abundant attention, not only because he cuts quite a dapper figure, but also because of the keen interest of the Chinese in the Zulu culture and history as well as the growing awareness of South Africa’s fine wines. China’s interest in things South African was raised significantly by the hosting of the FIFA World Cup and the entry of South Africa to the BRICS club of nations. 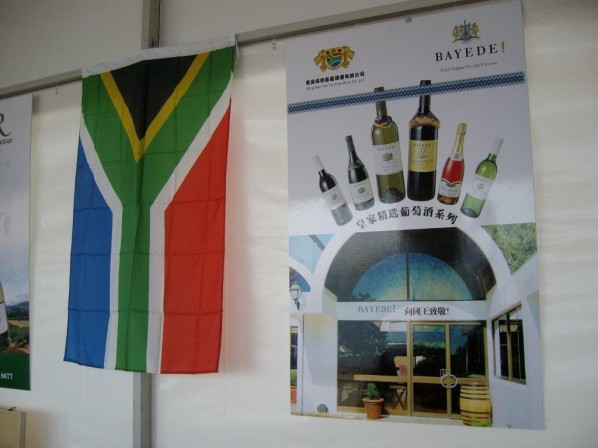 The launch of Bayede! was organised by agricultural group, BKB, and Qingdao Haiyu Wines, which imports and distributes Bayede! wines in China.

To find out more about these delicisous wines visit www.bayede.co.za/wines.html