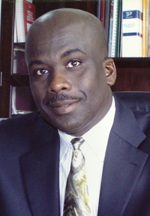 London isn’t such a pretty place when the rain buckets down and the winter chill begins to rattle its teeth. Sometimes you just long to get away. “That’s why we are investing in web cam technology,” I was politely informed. “As the rain comes down over there in England you can see what’s happening in one of the most beautiful parts of the world - real time.” Kedrick Malone, the Director of Tourism for the BVI, assured me that the countries newly designed and revamped website (the third addition none-the-less) would incorporate just that technology to tempt us, amidst colder climes, away from our desks and into the deep blue. Ben Kilbey gets down to the nitty-gritty with Kedrick in this exclusive interview.The British Virgin Islands are famed across the globe for their world-class sailing and jaw-dropping beauty. A series of islands ranging from Tortola to Jost Van Dyke, each with its own charm and captivation. The BVI have much to offer even the most seasoned of traveller and if it is exclusivity that you crave then this is the place to come. BVI may be a luxury travellers dream but it also caters for the more budget conscious jet setter and if the environment is your thing then you would be pushed to find a more environmentally friendly place.

“Our views on sustainable tourism were set when Lawrence Rockefeller originally came to BVI. He made a conscious effort not to impact the surrounding environment but instead to compliment it - this really set our tone for development.”

The largest accommodation on BVI numbers only 160 rooms and there are no plans to better this. One of the biggest draw cards to the Caribbean island nation is its impeccable sailing. To accommodate the demand and lessen the impact on the aquatic life BVI plays host to a number of moorings so that instead of ‘dropping’ anchor sailors simple hook their vessel up to an existing mooring. “This minimises the impact on the coral and the sea bed,” insists Mr. Malone.

So, just how good is the coral and the diving in the BVI. The government are aware of the competition, not just from Caribbean neighbours but globally, for the dive market. However, in August of this year a familiarisation trip was organised for dive operators from Europe in order to allow a better grasp of the opportunities and sites available in the BVI.

“The trip in August was very successful. We had six dive operators and they were simply blown away by what was on offer,” Kedrick stated. “The operators were saying that the would never have imagined the BVI to have such a brilliant dive product.”

The BVI boast an array of wonderful wrecks including the world famous Rhone - a British Mail cargo ship sank in 1865. “We are now very confident of our dive product and realise that it is very competitive.”

The BVI fared a fairly good summer and are now trawling through the slowest part of the year. Mr. Malone pointed to the fact that there are strong indications of a good year ahead. With the Christmas period looking particularly buoyant. The market to the BVI comes largely from the US (68 percent) with Europe being the second biggest player - with the UK taking the biggest slice of the cake.

There have been a lot of changes to properties in BVI and the Director was keen to stress these, “Peter Island has added some luxury villas and the spa is looking very nice. Little Dix (the Rockefeller property) has had additional villas constructed and has refurbished its rooms - 78 in total I believe.”

Other properties to have been improved include Bitter End with new rooms and the Sugar Mill which has been refurbished.

Kedrick hinted at some further lodge development but his lips remained tightly sealed on the names that would be introduced. “We are in the final stages of discussion for some potential new lodges. I cannot name names at this stage but they are high end, this is the luxury end of the market. We are hoping to begin construction in 2005.”

BVI was fortunate not to be hit by the recent hurricane activity. “We were very fortunate indeed, we received no damage - everything on BVI is 100 percent up and running.”

With so much on offer how does a destination such as this begin to sell itself to the masses on a global scale? As with every other business that wants to survive the cutthroat world that we live in knows the Internet is a vital distribution tool. The BVI is utilising it’s every potential.

“The Internet is very important to our global marketing. As we speak we are in the process of revamping our existing website, this is our third attempt and we truly believe that we will have a world class site,” says Mr. Malone. He continues, “we will have our own booking engine and the backend of the site will be very manageable allowing us to be dynamic and to keep up with trends.”

There are already some language sites available including Italian and German. These are around three pages deep allowing the consumer to get certain information in their native tongue. For more insightful information the site reverts back to the BVI home page. There are plans for a Spanish site in the future - and also a UK specific site.

“The thing with the Internet is that it opens up new markets. It is far better at assisting in opening up the middle and low end of the market. The luxury sector still relies on the traditional agent. The focus of our site will be to assist the lower end of the market in marketing itself. Our product is becoming more diverse, the web will be a distribution service for the smaller properties.”

It is certainly becoming more cost affective to travel to the BVI with a weekly service on offer from First Choice direct from Gatwick. There are also talks of a new concierge service via Antigua to facilitate more UK arrivals, “we are working on this as we speak.”

The BVI have a very aggressive marketing strategy in the US taking up about US$1.5 - 2 million. The UK is seen as the greatest potential growth market and the budget in total for Europe is a little under US$1 million. 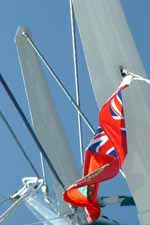 With the sailing market being an integral component of BVI tourism (accounting for over 50 percent of arrivals) it is a wonder what affects the cruise sector has on the thriving industry? Many sailors deplore the cruise sector and the negative effect such large vessels have on the environment.

“It is a tricky subject. There are areas of the BVI that all visitors wish to visit, the Baths for example. Sometimes the cruise sector and sailors collide and it is for this reason that we increasing are facilities. However we do not want to over crowd these attractions as that would detract from their beauty. Therefore we are staggering arrivals (especially the cruise sector.) This is a management challenge and as such we have implemented a management coordination plan, we are also opening up new attractions,” confirms the Director.

The BVI works closely with the famous Jean-Michel Cousteau and he is an active speaker for the islands. “It is great to have such a speaker. We are working in conjunction with Jean-Michel Cousteau on the Ambassadors of the Environment project that aims to teach young people about the oceans and assist with sustainability in the future. We are almost ready to implement the project in BVI,” says Mr. Malone.

This is another sign of the BVI commitment to the environment and sustainability. “I would say that we are at the forefront of sustainable tourism. We have so much ocean, much more than land and we are dependent on this for our tourism product. We take many measures to protect our environment.”

For further information on BVI visit:www.bvitouristboard.com

For further information on First Choice and getting to BVI visit:www.firstchoice.co.uk