A fire has broken out at the Mandarin Oriental Hyde Park in London, just days after the property completed an extensive restoration.

Smoke could be seen rising from the roof of the building, while nearby streets were closed.

As many as one hundred firefighters are in attendance, according to the London Fire Brigade.

Some 20 fire engines are also on the scene fighting the blaze.

The incident was first reported just after 16:00, with emergency services on the scene moments later.

The cause of the fire, in William Street in the prestigious Knightsbridge area of London, was not yet known, a spokesperson said.

Firefighters told reporters on the scene that both the ambulance service and the Met Police are also in attendance.

There are no reports of any injuries.

Staff and guests have been evacuated from the 12-storey building.

Harvey Nichols has also been evacuated. 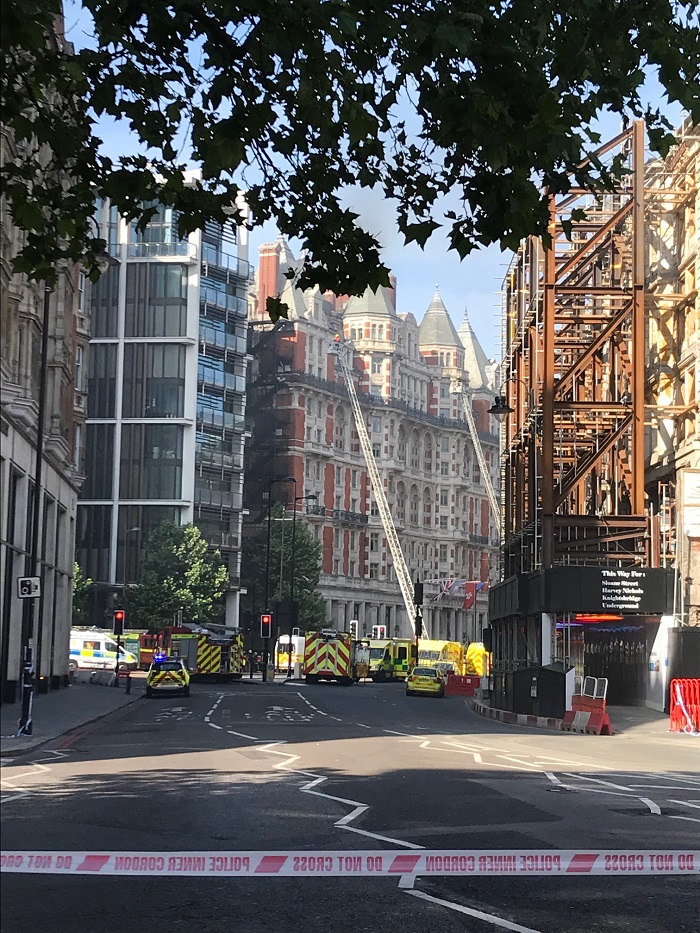 Mandarin Oriental Hyde Park has just completed what was described as “the most extensive restoration in its 115-year history”.

The work was designed to capture the glamour of the early 20th century’s ‘Golden Age’ of travel.

Thank you for your messages and for thinking of us. The situation at Mandarin Oriental Hyde Park is still unfolding. We will provide an update once we have more information to share.

All 181 guest rooms and suites were overhauled, with art deco-inspired features including carefully curated artworks, and custom-designed furniture.