The event is taking place at the new Kigali Convention Centre and sees hospitality leaders from across the continent gather in the capital of Rwanda.

Addressing the near 500 delegates, Ngirente said: “I wish to reassure all investors here today that investing in Rwanda will be a rewarding.

“We are stable, we are business friendly, and we have a conducive environment to investment.”

Ngirente reminded delegates the African hotel sector is one of the fastest growing in the world, currently accounting for eight per cent of GDP and rising at 4.9 per cent per annum.

“Tourism in Rwanda has made significant strides in recent years,” Ngirente continued.

“We have put in place new strategies to support investment from the private sector.

“As a result, we have seen the creation of more jobs, especially for women and for the young.”

RwandAir was also a source of encouragement, the prime minister added, with the flag-carrier recently launching flights to the UK, and eyeing new departures to the United States and China in the coming months.

Rwanda has also recently unveiled a seven-year tourism plan, aiming to triple income from international travel to $US800 by 2024. 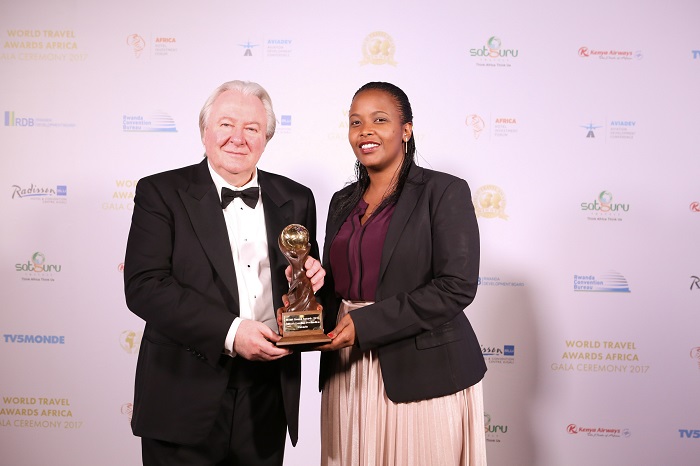 The prime minister was joined on stage by Claire Akamanzi, chief executive of the Rwanda Development Board.

She was in buoyant mood after Rwanda was recognised as Africa’s Leading Destination at the World Travel Awards.

“This award is a vote of confidence for the Rwanda and the visionary leadership for president Paul Kagame,” she said.

Akamanzi revealed Rwandan tourism receipts have recently increased of 7.6 per cent to GDP, while the country has recently added several new international hotel properties, including from Marriott, Radisson, and Park Inn.

A new airport - Bugesera – is also under development and is scheduled to open in 2020.

The Africa Hotel Investment Forum is the only annual hotel investment conference that connects business leaders from the international and local markets.

The event brings together the who’s who of the hotel investment community that drive investment into tourism projects, infrastructure and hotel development across Africa.

AHIF has proven to be Africa’s annual meeting place for the region’s most senior hotel investors, developers, operators and advisors.

It is the annual conference that connects business leaders from international and local markets to do deals across the region.

Find out more about the event here.