As soon as you walk through the doors of London’s Goring hotel, you can feel the rich history, elegance, splendour and love that has been injected into this quintessentially British establishment.

First opened by Otto Richard Goring in 1910, The Goring hotel was added to the London bus tour earlier this year– as travellers from all around the world sought to get a glimpse of the the hotel in which Kate Middleton resided on the eve of her wedding.

Currently completing the final stages of a £20 million refurbishment, which includes the complete modernisation and enhancement of all 69 guestrooms, the Goring is still owned and run by the Goring family, who view the property as ‘a unique treasure.’

The property, which was the first in the world to offer a private bathroom and central heating in every room, has a royal history. It used to be frequented by Queen Mary, who would come to tea with her lady in Waiting. Queen Elizabeth used the Goring’s pastry chefs to bake Prince Charles’ christening cake. During her coronation the hotel was used as an annexe to Buckingham Palace, where foreign royalty could stay.

As 2011 draws to a close, David Morgan-Hewitt, Managing Director, The Goring reveals his thoughts to Breaking Travel News on the impressive history of the Goring, the day that Kate Middleton came to stay, the London riots, the London Olympics, challenges for the hotel and on new developments.

It has been a high profile year for us. Previously people would wonder where The Goring was, but that is no longer the case. On April 29th – everything changed.

It was a huge privilege to be able to play a tiny part in this family occasion. We’ve always had a history that’s wound up in the establishment and this continues that legacy.

We are now on the London bus tour – the bus slows down outside the hotel. In addition people often add the property on to their tours of London. 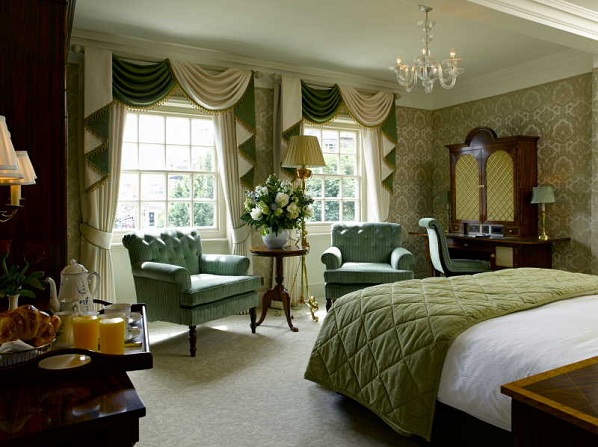 Bedroom at The Goring

We have always been a part of this country and love everything British. We use top British designers and a high percentage of British staff and many of our clients are British. People like the authenticity that we offer.

Although I wouldn’t describe us as a ‘celebrity focused hotel’ - all kinds of interesting people come in and stay at the Goring or use the restaurant, from Russel Crowe, to Mario Testino (who recently stayed at The Goring for a photoshoot), and the cast of Glee.

We are not a boutique hotel – we have been named as a ‘baby grand’  This is because the soul of what is going on at the hotel is on the ground floor, but the money is upstairs. Boutique hotels can be souless but it is never quiet here.

On the London riots

The impact of the riots was bad and although it is difficult to measure, I know other hotels were able to show specific losses and cancellations. 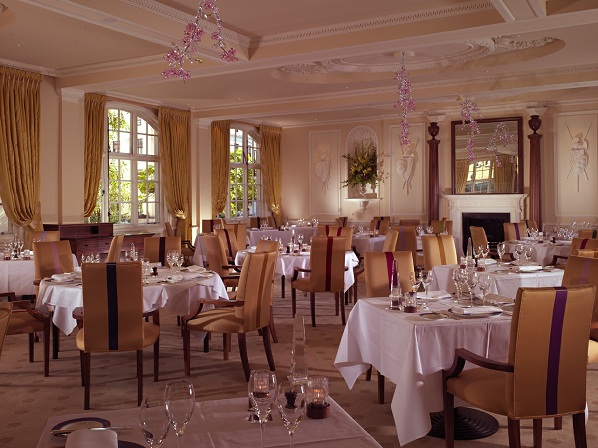 Restaurant at The Goring

On the London Olympics

It is very had to say what the Olympics will be like for us. No-one knows where it’s going to go. I think the good news is we’ve got Farnborough before it. So I think we’ll be busy until mid-august.

Tickets are an issue as they have all gone. It will be interesting to see whether tickets come back on sale. But the other thing is from Britain people make the journey there and back in a day. I think the jury is out with the Olympics. We could be sitting here going yay – or it could be very expensive.

I think it could be good in other ways. The thing about our tourism industry is that a lot of new destinations are emerging so it does help when we get a spotlight on us. And so next year with the Diamond jubilee I think we will all be surprised. It’s not going to happen again in our lifetime. I think there will be a huge spotlight starting with the jubilee and running through to the Olympics and that can only be good.

There seems to be this view that there is a room shortage – and that is just not true. There is a problem in London that land costs money – we do need more low cost rooms. But at the top end we don’t need more rooms. There are lots of spare rooms around London and more top end hotels are opening.

And competition is good, but if we have too many rooms it may lead to a reduction in quality. The state of affairs which will vary from hotels. What tends to happen is when you hit several months of recession hotels run on losses. They are at an unsustainable level of price for the cost of running their business. I think if we keep having more hotels the quality is going to go down. Some will go bust and some will say – actually we need to get the quality down.

But it’s a shame because we do well on the quality stakes.  We should be leading the world we shouldn’t be chasing it. 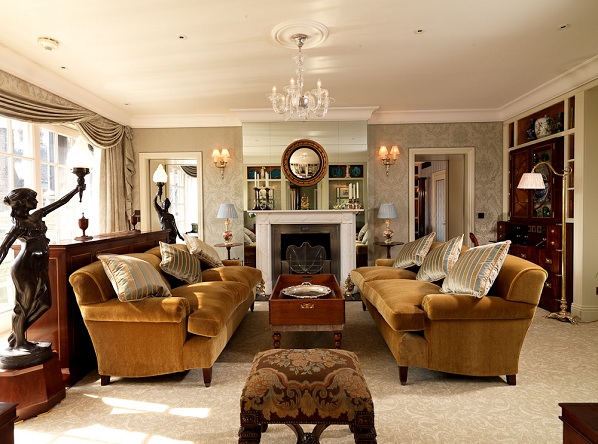 It’s interesting because as a hotel we’ve not been in the middle eastern market. Two years ago we commissioned a royal suite on the entire 5th floor, which was quite a long involved process. We now have rooms that will allow us to take small Arab families during the Arab season so that’s an area we’re looking at.

Russia passed us by – but they are a specific type of guest and wouldn’t necessarily mix well with other guests. We are not glitzy enough.

Our sales team have been out in China and there is business to be had. A lot of these emerging markets – including India – is through call centres – but a lot of our business is direct.

We underperform on our website at the moment which I think will get better. But we encourage the direct link. It is very personal. New guests get a call before they come – just so we can understand why they are coming and what we can do to improve their stay.

I think our future here at the Goring is by being ever more personal and not about our systems. I want us to put all our focus on the guest and find out how we deliver what they want.
We have a 50% returning guest rate, so the new guests is where the effort needs to be put in. Its all about being really personal and I think that’s the future of deluxe hotels.

In previous years we’ve been in the mid-80s and we are just nudging 80% this year. We’ve seen a slight drop and that has been a choice made by us. Having made an enormous investment in the property so we have stuck to our rates. So we’ve had an unbelievably successful year and our RevPar is up,

We did the ground floor first – the lounge and bar and the private room downstairs. Then we turned our attention to the bedrooms which were constantly being soft furnished. But we went in and took them apart. During that period I think we’ve invested between £15 – 20 million investment to complete the room refurbishment – which was a substantial but necessary investment.

Luxury is about the people and I think a lot of hotels have lost the plot a bit. They think what matters to be a great hotel is design. Great design is expected but a hotel is not design, but it is the people.