As Qatar gears up to host the FIFA World Cup in 2022, the country has embarked upon an ambitious hotel expansion plan, setting itself apart as one of the most exciting and innovative destinations in the world.

It is not surprising that the destination is leading hotel growth in the Middle East and Africa. Qatar plans to grow its current number of 6,604 rooms by nearly 80%, according to the latest figures released by STR Global.

Countries which followed close behind Qatar in terms of pipeline growth, included Oman, which plans to grow by 57.9 percent with 3,734 rooms planned and the UAE, which will grow by more than 55 percent if all 48,071 rooms in its pipeline open. Bahrain is also planning significant growth in its hotels sector with 3,155 rooms (49 percent) proposed, STR Global added.

One of the more extravagant hotel development in the pipeline for Qatar is the semi-submerged resort that will feature underwater hotel rooms, an underwater ‘aquarium lounge’ and 80 “jellyfish” floating suites.

The Amphibious 1000 is planned to be built in the middle of a marine reserve off the coast of Qatar and will include both land and sea developments, as well as four large hotels with underwater rooms.

The $US 500 million project, is designed by the Italian firm Giancarlo Zema Design Group.

Guests will be invited to travel around the resort via hydrogen-powered 20 metre aluminium yachts with underwater viewing areas.

“It is like a big aquatic animal stretching out from the land into the sea and extends horizontally for one kilometre thanks to two long wide arms,” Giancarlo Zema said.
The land developments will include a museum, floating walkways, a restaurant, exhibitions, aquariums and a glass tunnel that leading to an underwater observatory in the centre of the marine park.

More than 35 hotels are set to open in Qatar this year alone, according to QTA. Despite a large number of hotels opening already in 2011, occupancy rates for all hotels in Qatar grew by 2%, reaching 63% in the first six months of 2011 compared to 61% for the same period in 2010, according to a report released by the Qatar Tourism Authority (QTA). QTA reported the number of tourists saw a 12.3% increase during the same period, which it attributed partly to the Asian Football Cup and other sport events held in Doha.

Jumeirah is among the among the hospitality giants eyeing up opening new properties in Qatar in the wake of major events including the 2022 World Cup. The group recently confirmed that Qatar is in their development pipeline.

The Arabian luxury brand is behind a list of iconic hotels including Dubai’s Burj al Arab, which was named World’s Leading Hotel at the World Travel Awards, (for an exclusive glimpse inside the hotel visit www.virtual-burjalarab.com). However it does not yet have a property in neighbouring Qatar, but has earmarked the fast-growing destination as a top priority in the build up to 2022.

As Qatar steps up to become the first Arab nation to host the World Cup, the next decade will provide a once-in-a-lifetime opportunity for the Middle East to narrow the sport tourism gap with the West.

Tourism is a major cornerstone in Qatar’s strategy to diversify its economy away from oil of gas. It receives approximately one million international visitors a year, but about 90 percent of these are currently business travellers. 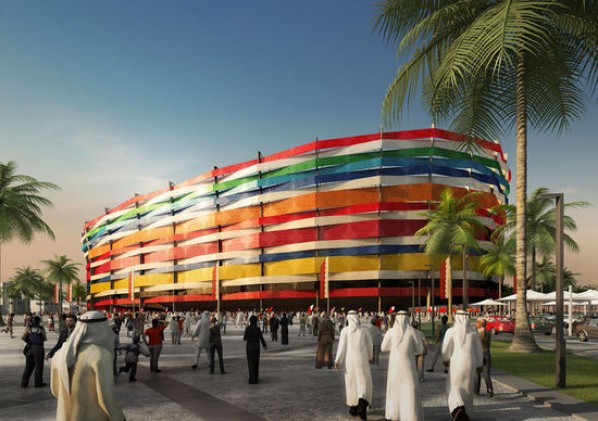 QTA anticipates that the World Cup will attract a whole new market of leisure visits, keen to experience Qatar’s cultural and attractions and sport tourism. It is expecting a 20 percent growth in tourism over the next five years.

The bid victory has kick started an unprecedented construction spree in Qatar that aims to ensure fans have access to the most state-of-the-art facilities ever deployed at a World Cup.

Between now and 2015 alone, Qatar plans to spend $100 billion on infrastructure. This includes a $25 billion rail network, an $11 billion airport, an $5.5 billion seaport.  An additional $20 billion will also be spent on building new roads.

As part of its bid to host the 2022 FIFA World Cup, Qatar says it will build nine stadiums and refurbish three more. 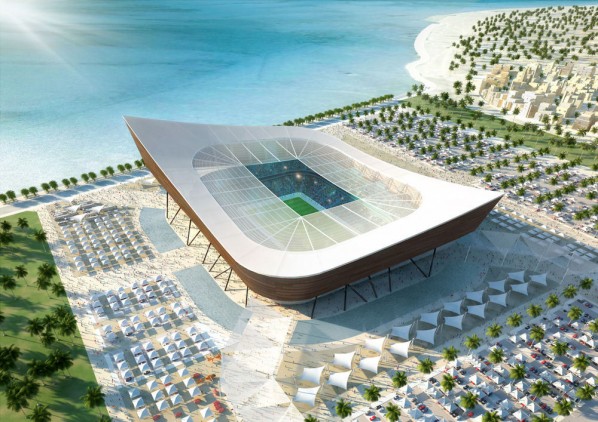 In addition to the huge hotel growth and infrastructural developments planned for Qatar, the regions national carrier has been embarking upon a major expansion.

The rapid expansion of Qatar Airways has prompted the State of Qatar to embark on the construction of a brand new international airport in Doha, which is scheduled to open in 2012.

The carrier recently confirmed its entry into the Canadian market, further cementing the award-winning its global footprint. Other new destinations that have been announced this year include Saudi Arabia, India, Kuwait, China, Georgia and Azerbaijan.

Qatar is also setting out its world-class hospitality credential by playing host to the World Travel Awards 2011 Grand Final later this year.

The prestigious gala ceremony, known as “The Oscars of the travel industry” will play host to winners from five regional events held in Dubai, Turkey, Egypt, Bangkok and Jamaica. The event will attract the elite of the global travel industry.

The importance of e-marketing

In the build up to the 2022 World Cup in Qatar, City Mobi has launched its new guide to the capital.