The amazing progress being made by the youth of South Africa has been brought sharply into the media spotlight by the visits of two of the world’s leading female icons – Michelle Obama and Oprah Winfrey.

The trip also saw her coming of age as a First Lady. She was warmly received everywhere she visited, spoke passionately about her causes, joked and danced with the youth of Africa, and met with Nelson Mandela.

A key theme of her visit was to promote education and used the story of her upbringing by working-class parents in Chicago to inspire high school students to dream big.

One of her public events was a visit to Regina Mundi Church, Soweto, Johannesburg, which played a pivotal role in the student uprisings against apartheid.

Graça Machel, the wife of Nelson Mandela and a campaigner for children’s rights, took to the pulpit of the church to welcome First Lady Obama, saying: “We welcome you as a daughter of African heritage, and we can call you the queen of our world.”

In her speech at the church, Michelle Obama then told the story of young people in both countries “who marched until their feet were raw, who endured beatings and bullets and decades behind bars, who risked and sacrificed everything they had for the freedom they deserved.” 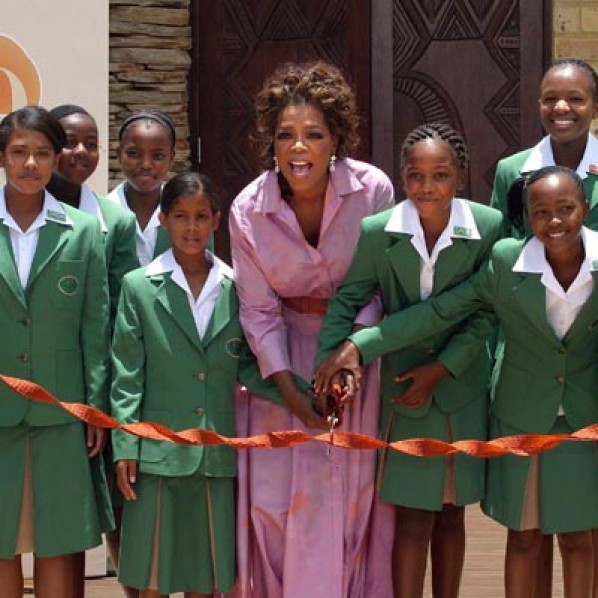 “It is because of them,” she said, “that I stand here before you as first lady of the United States of America.”

She then called on Africa’s youth to take on contemporary injustices that “are no less glaring” than the ills of the past – hunger, disease, domestic violence.

The Obama family was also granted a rare audience with Nelson Mandela, now 92 and in frail health.

In between her public appointments, Obama squeezed in dinner with family friend Oprah Winfrey, who was in South Africa receive an honorary doctorate in education from the University of the Free State in Bloemfontein.

The university said the degree was recognition for the “immeasurable contribution” she has made to the world.

The talk show queen recently took 26 girls from her Leadership Academy for Girls in South Africa on an exclusive visit to America’s White House where they met the Obamas while they were scouting for colleges to study at. 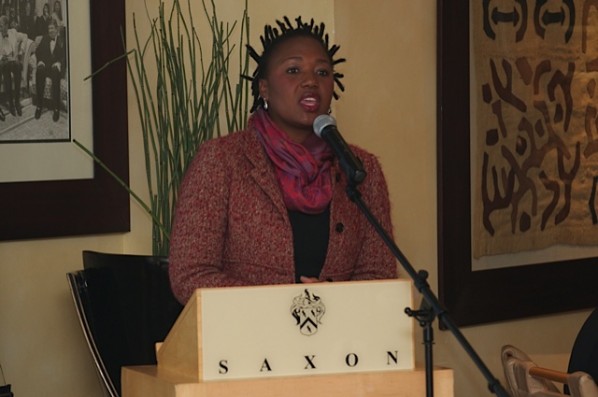 (Lindiwe Kwele, CEO, Johannesburg Tourism Company, is spearheading the campaign to bring the One Young World Summit in to South Africa in 2012)

Joburg – the city of the future
Buoyed by the visit of the two American icons, Johannesburg Tourism Company is committed to winning the bid for Joburg to host the One Young World Summit in 2012, a dynamic global platform for young leaders making a difference in their communities, and supported by Archbishop Desmond Tutu, Bob Geldof and Muhammad Yunus who were all instrumental in the inaugural event. 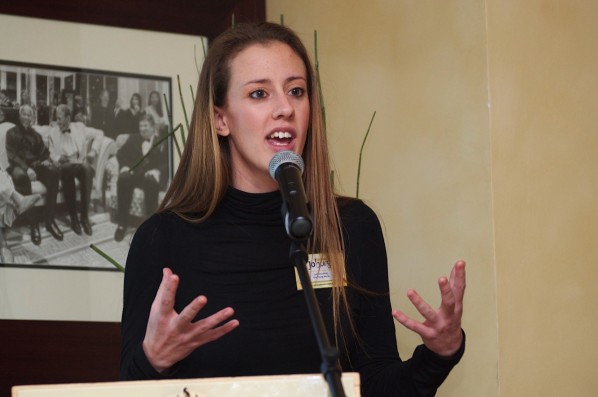 The purpose of the summit is to connect and bring together the youngest, brightest and best minds the world over, to ensure that their concerns, opinions and solutions are heard. The first OYW Summit was held in London in 2010, and this year Zurich will be welcoming 1,600 delegates from 194 countries to the 2011 gathering, which takes place over four days in September. 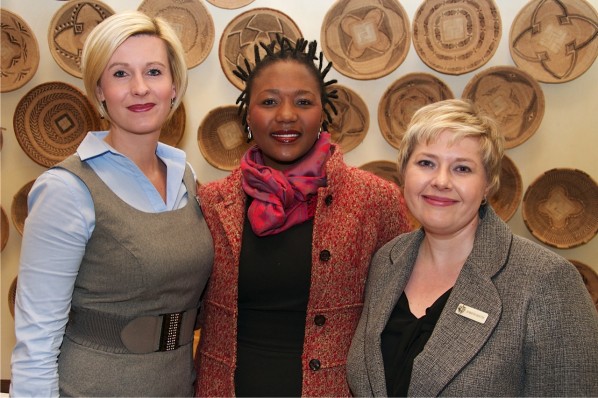 Speaking at a media breakfast at the Saxon Hotel to promote JTC’s campaign to bring the top youth event to South Africa, Lindiwe Kwele said: “Africa is the continent which has the largest proportion (20 percent) of youth – as a demographic component of population – and it would be significant to host this event on a continent which so many young people call home and which offers so many opportunities and challenges.” 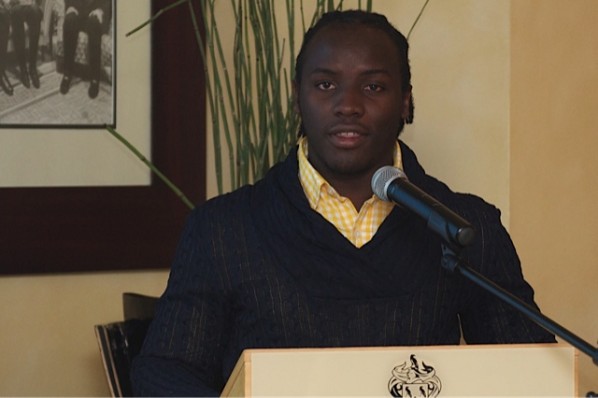 Its objective was to garner the support of the African Embassies, Consulates and Johannesburg-based corporate companies in Joburg’s bid to host 2012 One Young World.

“We are urging large companies to commit to sponsoring at least 10 African delegates to the 2011 One Young World Summit,” Kwele added. 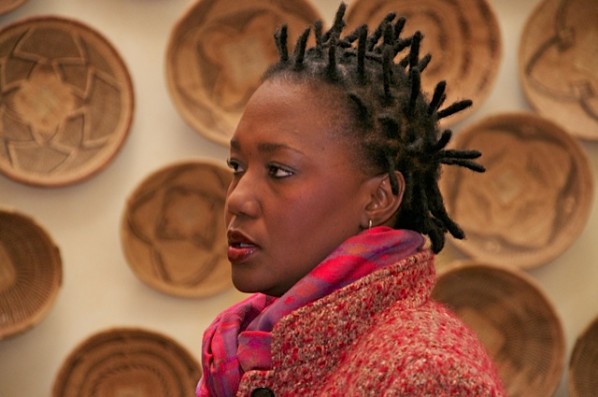 Clinching the bid for 2012 would deliver a multitude of benefits to Johannesburg.

Kwele said: “While the jury’s still out on which city will host the global One Young World Summit in 2012, Johannesburg is a frontrunner in the race, confident that it will be bringing this exciting event to Joburg next year.”

“As the African continent’s most accessible hub and vibrant business locations, Joburg makes sense as an appropriate destination to inspire youthful leadership, networking and brainstorming solutions to issues across the spectrum – from healthcare, development, finance and business – to social issues and politics.” 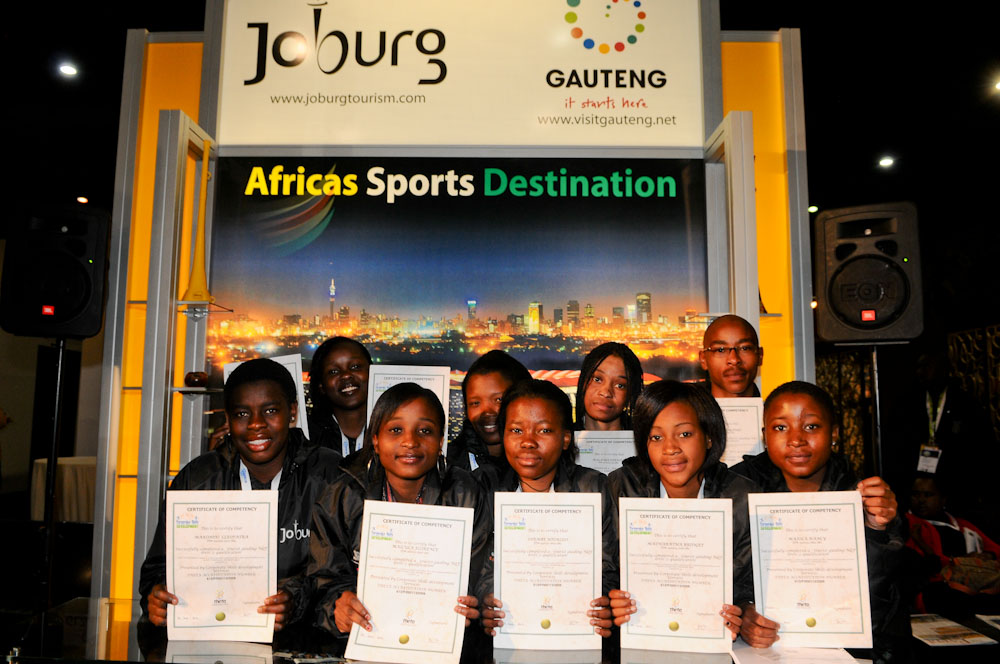 As a city, Joburg is a youthful one - with 42 percent of the population under 24 and 49 percent under the age of 34 – making for a vibrant, energetic and enterprising community.  In keeping with this demographic, South Africa’s commitment to youth development is significant, demonstrated by a host of youth development initiatives supported by both the public and the private sector.

From a national perspective, South Africa boasts youth participation and representation in Parliament, while at a city level, Johannesburg has community-based youth advisory centres, managed from the Mayor.

To support Joburg’s bid to host the One Young World Summit in 2012, click on
http://www.facebook.com/OneYoungWorldJHB