Having grown to become a regional powerhouse, the brand does more than any other organisation to promote luxurious, sustainable tourism in Doha.

The company has grown steadily at home, with particular strengths in Doha, while also expanding across the world, spreading its passion for impeccable standards of service and luxury to the Far East, Africa and throughout Europe.

Katara partners with some of the world’s finest hotel brands including The Ritz-Carlton, Sheraton, Raffles, Marriott, Mövenpick and The Bürgenstock Selection.

The company is also developing its own, home-grown Merweb business hotel brand.

Katara has created a rich portfolio of properties, bringing world leaders to Qatar, with a determination to further expand its international portfolio. 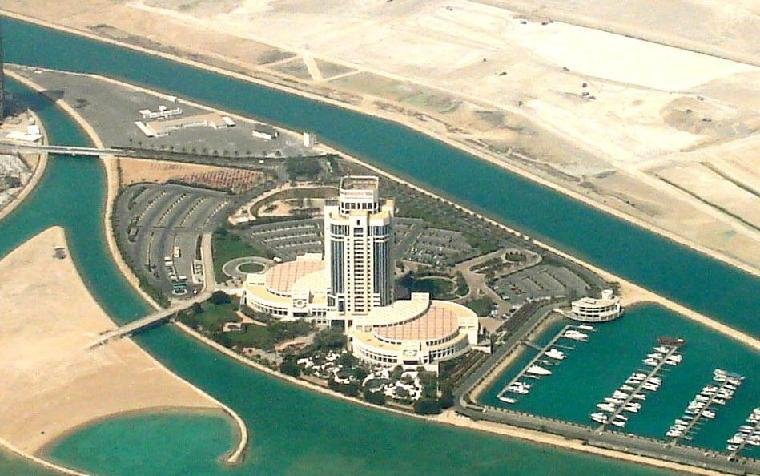 Among the most celebrates is The Ritz-Carlton, Doha, which will this week host the International Air Transport Association Annual General Meeting.

The event will be attended by aviation leaders from around the globe, and held under the patronage of the Emir of Qatar, His Highness Sheikh Tamim bin Hamad Al-Thani.

The Ritz-Carlton, Doha, considered one of the most elegant Doha hotels, is the perfect venue for the IATA AGM.

Rising above the coastline in a contemporary display of architectural artistry, this luxury hotel in Doha takes a cue from Qatar’s dazzling capital city, expertly blending both the modern and the traditional to enthral visitors with a true multicultural experience.

After a day spent on the conference floor, delegates can enjoy this exclusive island resort’s peaceful accommodations, exceptional culinary experiences in the luxury Doha hotel’s award-winning restaurants and lounges, and the locally inspired treatments of its world-class spa.

Six Senses at Ritz-Carlton Sharq Village & Spa has recently been recognised by the World Travel Awards as Qatar’s Leading Spa Resort, having taken the title of World’s Leading Villa at the Grand Final in 2013.

Guests can take a virtual tour of the property here, while Breaking Travel News also recently visited the property to record some of its key features.

Voted by travel and tourism professionals worldwide, the prestigious title caps off a year of success for Katara.

The World Travel Awards acknowledge and reward the leading tourism and hospitality organisations in the world, and is recognised as an international hallmark of industry excellence.

His Excellency Sheikh Nawaf Bin Jassim Bin Jabor Al-Thani, chairman of Katara Hospitality, said: “We are honoured and grateful to receive this recognition from our esteemed industry peers as we strive for further growth in 2014 and beyond.

Partners, visitors and neighbouring exhibitors enjoyed the cake, which was cut by chief executive Hamad Al Mulla, HE Faris Bin Roumi Bin Mohammed Al Naimi, the ambassador of the State of Qatar to the United Arab Emirates, and Peter French, president of Raffles Hotels & Resorts.

The property will accommodate a five-star hotel and lavish six-star hotel, and is expected to be completed by 2017.

Other current hotel developments in the works include the major renovation and refurbishment of Doha’s most iconic hotel, the Sheraton Doha Resort & Convention Hotel and the development of the Merweb Plaza Hotel, in the heart of Doha City.

The Sheraton renovation will modernise the interior and functionality of the iconic 1970s property once complete, bringing it up to world-class standard.

The Merweb Plaza Hotel will boast 175 rooms for business travellers once finished and is managed under Katara Hospitality’s home-grown operating brand, Merweb.

Katara Hospitality will also open two key properties in its European portfolio later this year – The Peninsula Paris and the Excelsior Gallia in Milan.

Currently in its final redevelopment stages, the Peninsula Paris will emerge as one of the most luxurious destinations in Europe representing a legendary hospitality legacy of more than a century.

The Excelsior Hotel Gallia Milan – the “youngest” hotel amongst Katara Hospitality’s growing international investments – is also undergoing the final stages of a major renovation that includes the expansion of an adjacent building. 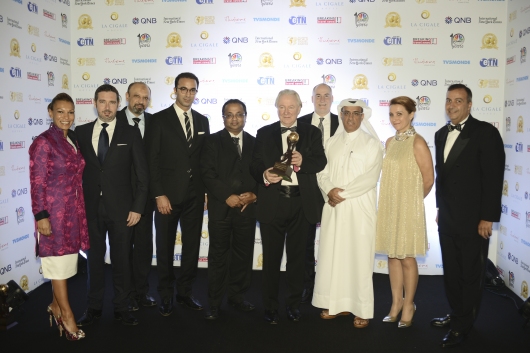 An organisation with global aspirations needs global leadership, and Katara has that in abundance.

Chief executive officer Hamad Abdulla Al-Mulla took up the role in 2011 and also sits on the Board of Directors of Katara Hospitality.

Having held the position of chief human resources and administration officer with Katara Hospitality since 2009, he also completed his Hospitality Management & Tourism studies at the University of Salzburg in 1991.

Hamad has a vision to drive Katara Hospitality steadily toward becoming one of the leading hospitality organisations in the world.

He is joined at the top of the organisation by chief operating officer Christopher RJ Knable, who joined Katara Hospitality in April 2013 to orchestrate the strategic expansion of the company for both owned and managed hotels.

With global expertise in the areas of hospitality investment, development and operations, he brought a unique blend of experience spanning nearly three decades.

Prior to joining Katara Hospitality, he managed a portfolio of hotels for Kingdom Hotel Investments as vice president asset management, being instrumental in the successful development and launch of several market leading properties in the Middle East, Asia and Africa.

Katara Hospitality currently has 23 properties in its global portfolio, all operational or under development.

There is more information on the official Katara Hospitality website.